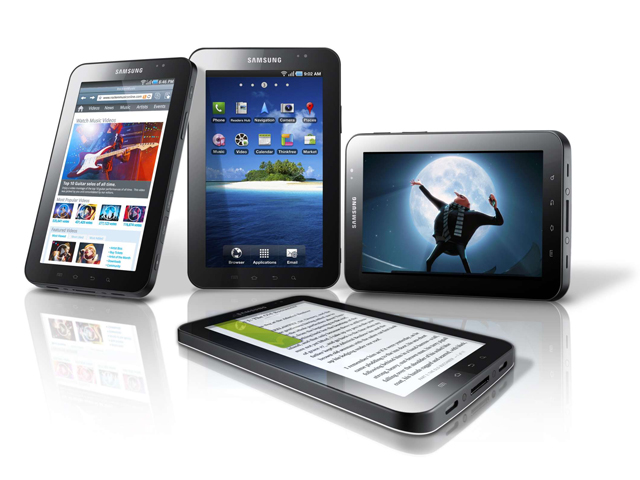 Korean electronics giant Samsung announced tonight that its hyped iPad rival — the Galaxy Tab — will be available to Australians in November this year through all the major mobile carriers.

The Android 2.2 Froyo-operated Tab will be available outright for a recommended retail price of $999 for the 16GB model. Carrier plans were not revealed at the event in Sydney this evening where the announcement was made.

Samsung said that plans were underway for Australian developers who wish to develop for the Tab or its Galaxy S Android handset to sell their applications and games through its app store.

The Tab is the first of what is expected to be a growing line-up of Android tablet devices in Australia over the next six months. Dell has also been showing its Streak tablet to carriers, and a number of other manufacturers are developing similar tablet devices.

The Samsung tablet includes telephone functionality and runs on a Cortex A8 1.0GHz Processor, with 16GB of internal memory storage and the ability to support 32GB of additional memory via an addi-in module. The tablet has 512MB of RAM.

Additional features include Flash 10.1, HD video playback with a wide range of supported format (such as DivX, XviD, MPEG4, H.263 and H.264), a 7 hour battery (based on HD video playback) and the texting/typing application Swype.

Sensors include gyroscope, geo-magnetic, accelerometer and light capability. The new tablet sports two cameras, a front-facing 1.3 megapixel camera for face-to-face video calling and a 3 megapixel camera with LED Flash on its back.