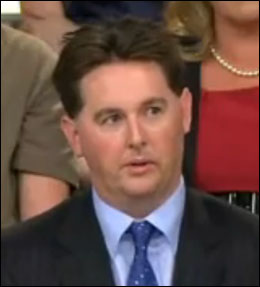 Delimiter has read quite a few submissions to quite a few government enquiries and committees. Generally they’re produced by representative organisations like the IIA, AIIA or ATUG and are quite dry.

They typically examine both sides of an issue and come to a broad conclusion gently nudging the government in the direction of their members’ concerns, without telling the Government too explicitly what it should do.

There are other types of less diplomatic submissions — entries from companies which have very strong views on how they should be regulated, for instance. Or individuals who are experts in their field and are concerned by the issues raised — often academics from universities.

However reading through Internode engineer Mark Newton’s submission (PDF) to the Federal Parliamen’s Joint Select Committee on Cyber Safety the other day, it was apparent that Newton’s comments didn’t quite fit into any of these categories. Newton’s submission was, in fact, one of the most epic rants we have ever had the pleasure to witness.

“Thank you for the opportunity to address the Joint Select Committee on Cyber-Safety,” he writes. “I welcome the deliberations of the committee as an opportunity to provide the Australian Parliament with a realistic appraisal of the current state of the art of the Internet in Australia.”

But halfway through the document it appears Newton has gotten a little hot under the collar.

“The idea that the internet is a threatening place deserving of special governmental attention, fearful advisories to parents and onerous restrictions on children appears to be a uniquely Australian perspective,” he writes.

By the time you get to the end of the document you can’t help but realise that Newton is not just mad about the government’s attitude towards technology. Very mad. VERY mad. This is the main paragraph in his conclusion:

Internet censorship. Big red buttons. Websites that crash with the slightest provocation. eSecurity initiatives that attempt to make everyone except end users responsible for end-user behavior. A House Cyber-Security Committee that wastes the valuable time of expert witnesses by quizzing them about fabricated Hollywood movie plots, and recommends mandatory industry codes to force ISPs to respond to security threats which were obsolete years ago. A Government anti-spam body which has made precisely zero difference to the amount of spam received by Australians. Content regulation which forces the ACMA to make reprehensibly foolish decisions, turning what should be a prestigious, respected regulator into a finger-wagging, tut-tutting grandmother. Shoehorning ISPs and websites into the same Act of Parliament which regulates broadcasters, even though ISPs are more like the postal service, and websites are more like homes and businesses. A Minister who is pilloried for “spams and scams coming through the portal,” and who insists that the Government isn’t interested in restricting freedom of speech on the very same day that ACMA blacklists an anti-abortion advocacy site. Kevin Rudd’s $120,000 website. The Government’s reprehensibly ignorant attacks on Google. Statements by MPs such as those made by the Hon. Maxine McKew, MP during her recent appearance on the ABC’s Q&A program, where she made the outrageous suggestion that the internet should be regulated like a newspaper rather than like a water-cooler discussion. An approach to online copyright which legally encumbers the regular, day to day activities of millions of end-users, thereby encouraging a society-wide disrespect for copyright law. Public consultations yielding over 50,000 responses in favor of the establishment of an R18+ rating for computer games, put on the back-burner because, apparently, 50,000 responses is inadequate and more consultation is required. Former Prime MInister Kevin Rudd’s ignorant use of the made-up term “band speed” to describe what the NBN will deliver to 90 per cent of Australians. A merry parade of politicians who would be lynched if they didn’t know the difference between interest rates and inflation rates, who see no shame in confusing “megabits per second” with “megabytes.”

This Government has literally no idea what it’s doing with the online environment, and has shown an outright refusal to be educated about it. Is it any wonder that so many people distrust them?

Image credit: Newton on SBS’s Insider program, believed to be permitted under fair use