Sydney’s Carriageworks facility in Redfern played host to a cadre of Australia’s top competitive games (or e-sports) players on Saturday night courtesy of Dell gaming hardware brand Alienware, with eight of Australia’s top Call of Duty 4 clans duking it out in a deathmatch for prize packs worth almost $6000 per gamer.

Team Frenetic Array took out the title in a close final matchup with Archaic Esports and accepted their trophies to the approval of the sizable assembled crowd of gamers and onlookers. Those attending agreed the event was one of the biggest e-sports tournaments in Australia’s history. Competitive gaming is more popular internationally, especially in Europe and Korea, for example.

The old-style Carriageworks location was transformed into a mix of the old and new for the event. 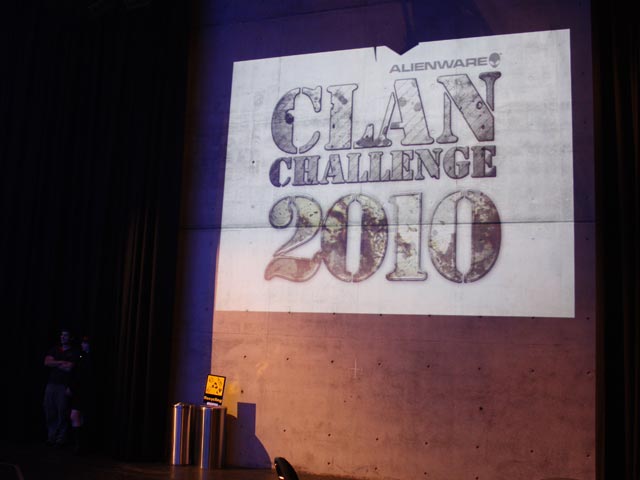 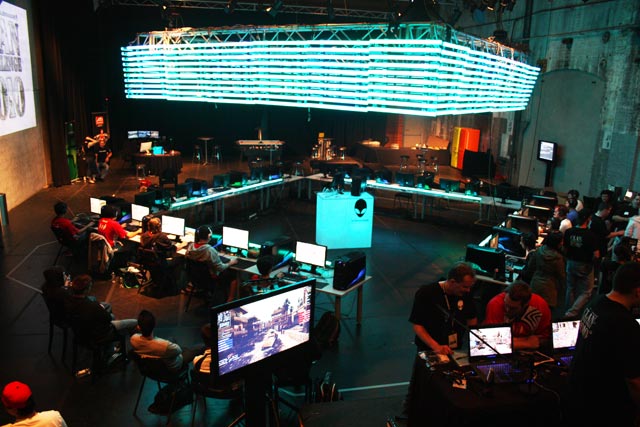 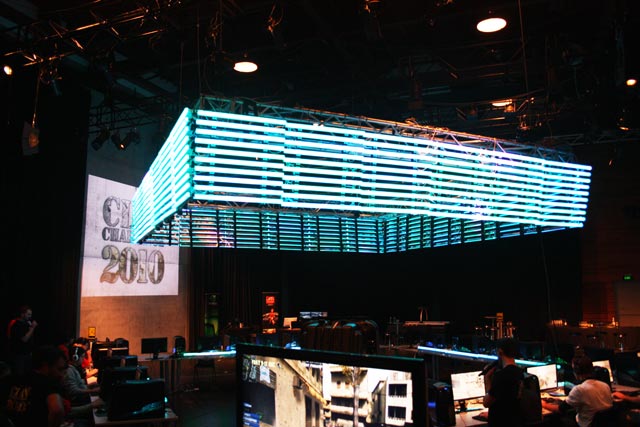 The crowd got quite excited at times when a competitor pulled off a particularly amazing move. 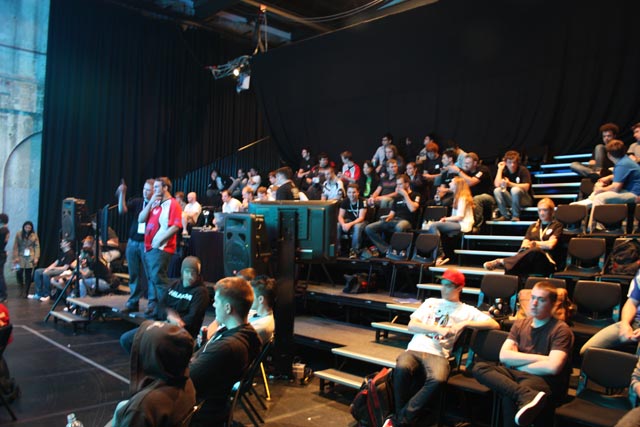 Large TV screens displayed the first person action to those not close enough to see the individual competitors’ screens. 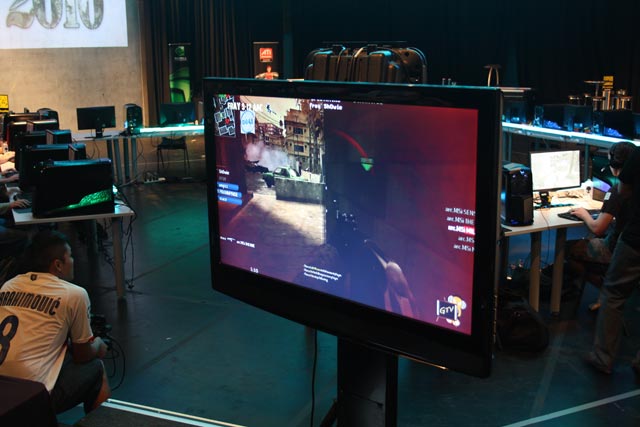 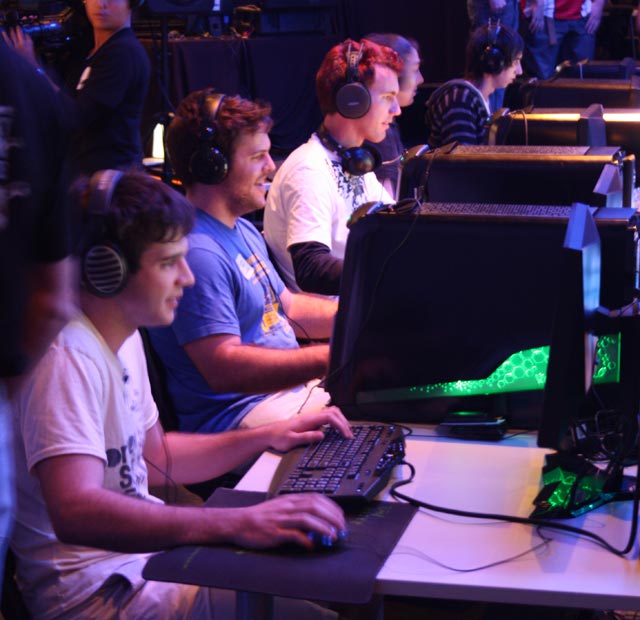 The five gamers from Frenetic Array each picked up one of Alienware’s Aurora gaming desktops, as well as one of the company’s OptX 3D 23″ monitors and an Alienware TactX mouse, keyboard and headset. Each prize pack is valued at $5,800. The Aurora line runs a 3.07Ghz Intel Core i7 CPU, along with 12GB of RAM and an ATI 5900 video card. 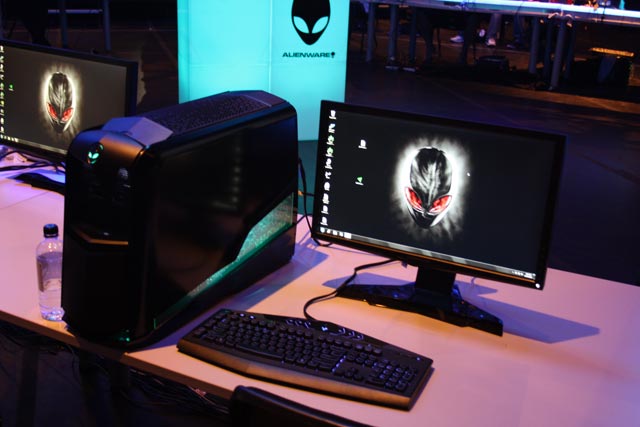 Everyone who attended walked away with an Alienware goodie bag and t-shirt. 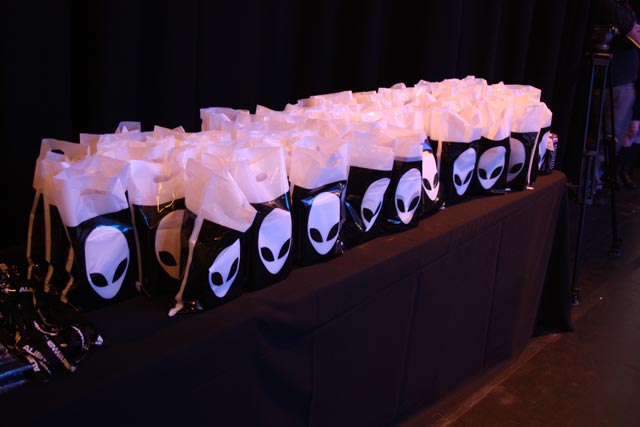 A mix of the old and new — the picturesque Carriageworks location. 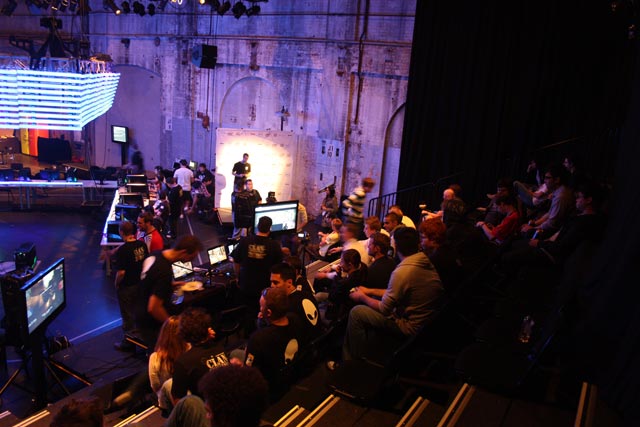 The event was commentated by Craig “Arseynimz” Nimmo and Bryce “Glimmer” Crage from Gamestah, a web site which provides live eSports commentary. We believe the fellow in the middle was from Alienware. 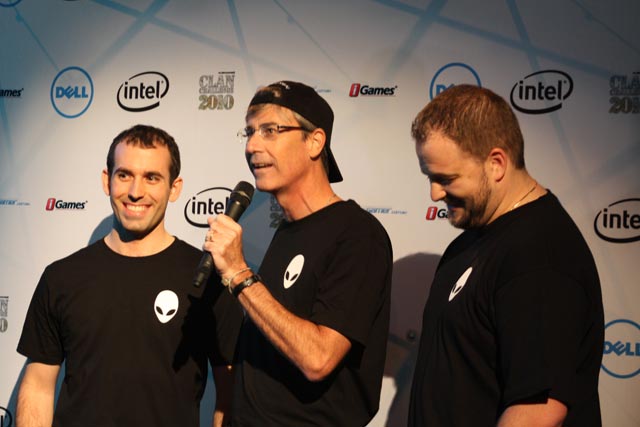 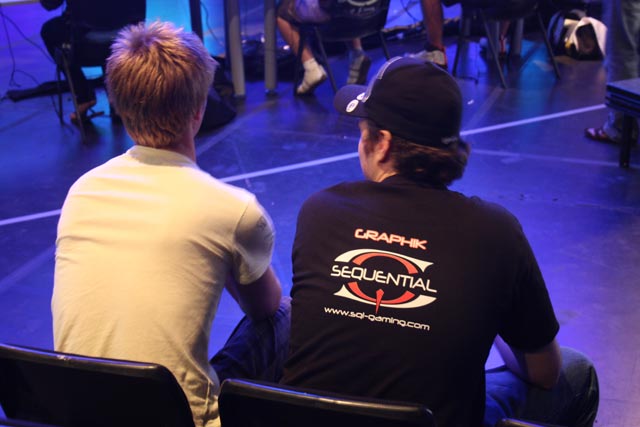 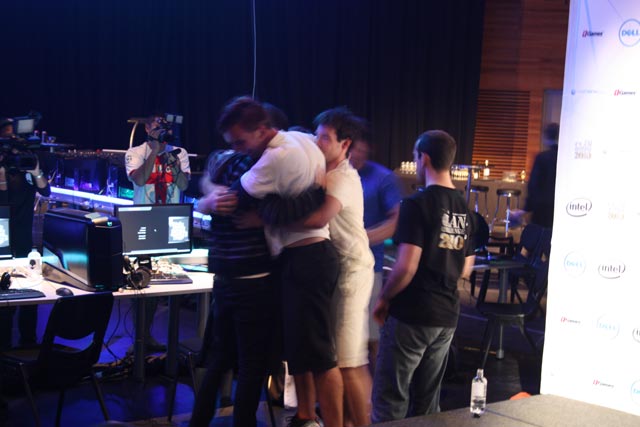 Frenetic Array posing for glam shots after the game, with Alienware representatives. 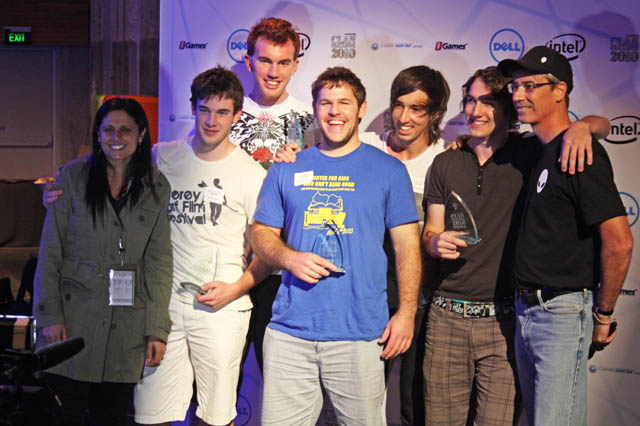