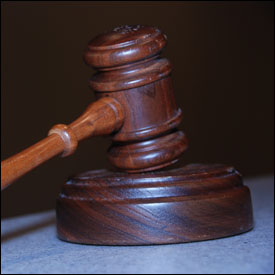 The Australian Federation Against Copyright Theft (AFACT) and associated film and TV studios today revealed it would appeal the Federal Court’s judgement against the group in its internet piracy case against iiNet.

In a statement, AFACT executive director Neil Gane said the judgement was “out of step with well-established copyright law in Australia”.

The group believed there was “good grounds for appeal” and described Justice Cowdroy’s judgement earlier this month as leaving “an unworkable online environment” for content creators and providers.

The judgement “represents a serious threat to Australia’s digital economy”, the group said. Gane also claimed Cowdroy’s decision had registered the safe harbour regime ineffective. The regime aims to protect internet providers from liability in copyright suits where customers have used their networks to breach the law.

“This decision allows iiNet to pay lip service to provisions that were designed to encourage ISPs to prevent copyright infringements in return for the safety the law provided. If this decision stands, the ISPs have all the protection without any of the responsibility,” he said.

AFACT has filed a notice of appeal today with the Federal Court, containing 15 grounds of appeal. It said the appeal was likely to be heard later this year.

Justice Cowdroy on 4 February handed iiNet a sound victory in the Australian ISP’s long-running battle against a coalition of film and television studios, finding that iiNet did not authorise copyright infringement carried out by its customers using the BitTorrent file-sharing platform. Communications Minister Stephen Conroy has called for the ISP and content industries to work out their differences.