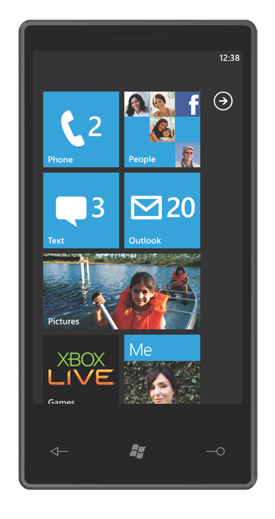 It may be Christmas before Australians will be able to get their hands on a mobile phone with Microsoft’s Windows Phone 7 Series platform installed on it.

But it remains unclear as to when the operating system could hit Australia.

“We expect 7 Series devices to be available for holiday 2010 and will announce specific timing and markets closer to availability,” a Microsoft spokesperson said this morning in answer to a question about when the new operating system will be available in Australia.

The statement came despite the fact that Microsoft has already revealed it has Telstra — and possibly also fellow mobile telco Vodafone — on board to market Windows 7 Phone Series devices locally.

“Telstra is pleased to be the Australian launch partner for Microsoft’s Windows Phone 7 Series, a further testament to the ongoing collaboration and partnership we share with Microsoft,” Ross Fielding, Telstra executive director of Mobility Products said in a statement this morning.

“With Windows Phone 7 Series, Microsoft has developed phone software for devices that coupled with our Next G network provide a richer mobile experience for our customers.”

Microsoft announced Vodafone globally as a launch partner for the new platform, but it remains unclear whether that means the telco will sell Windows Phone 7 Series devices locally through the Vodafone Hutchison Australia subsidiary.

The nation’s other major mobile telco Optus was not mentioned as part of the launch, although it does sell Windows Mobile phones currently.

Hardware partners for the Windows Phone 7 Series include Dell, Garmin-Asus, HTC, HP, LG, Samsung, Sony Ericsson, Toshiba and Qualcomm. Extensive information about the launch is available from Microsoft, as well as international media outlets like Engadget, Gizmodo and CNET.