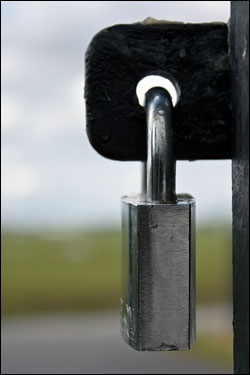 The Federal Government’s internet filtering scheme isn’t in place yet, but politicians are already complaining about an overly zealous web filter much closer to home — the one installed in Canberra’s Parliament House.

Liberal Senator Scott Ryan told a Senate Estimates Committee yesterday (PDF transcript) that the parliamentary web filter had blocked some “odd things” over the past few months, including News Ltd’s commentary website The Punch in February.

“You may know that for those of us who live in Melbourne, it is relatively common that our trains do not seem to work in late January, once it gets over 32 degrees,” he added. “At that time the filter was blocking the train timetable website.” Ryan added the rogue filter had also blocked a travel website, an article about Apple’s new iPad tablet device, and another “commonly used website across Melbourne”.

Ryan said he had started a folder of “printouts” when a website had been blocked, adding the problem “does not fill us with a great deal of faith in a proposed national internet filter”.

Department of Parliamentary Services deputy secretary David Kenny told Ryan the filter had been replaced in 2009 and that it blocked a list of sites. If members of parliament had complaints, he said, they should contact parliamentary official the Usher of the Black Rod as a first step.

“Getting individual sites unblocked is a particularly laborious process. If you need to use a website, you often do not have time to do that,” Ryan said. “How do you oversee what this thing is picking up?”

Kenny said he was “not suggesting” that The Punch should or not should be on the list. “I have not heard, prior to your comments just now, anybody having concerns,” he said, but noted the department would look into the issue.

The Federal Government is planning to introduce legislation regarding its controversial internet filtering scheme in late February or early March. The legislation will introduce mandatory filtering of the internet for Australians at the internet service provider level, with the aim of screening out objectionable content that has been refused classification on our shores.