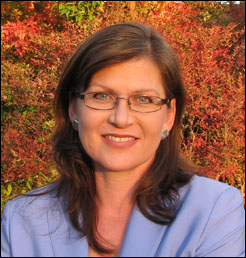 The legislation to introduce the Federal Government’s controversial internet filtering scheme is on track to land in Parliament as early as late February or early March, according to Labor Senator Kate Lundy.

“My understanding is that the bills are not going to be introduced this week and next week is Senate Estimates so it will probably be in the following sitting fortnight in February or later in March,” Lundy wrote on her blog overnight.

The legislation will introduce mandatory filtering of the internet for Australians at the internet service provider level, with the aim of screening out objectionable content that has been refused classification on our shores.

Communications Minister Stephen Conroy has previously flagged March as the due date for draft versions of the filter legislation to be introduced into Parliament, with actual filtering to commence some 12 months later.

The time frame allocates relatively little time for organisations protesting against the filter to mobile public support against the initiative. However, Labor took a policy of mandatory ISP-level filtering to the November 2007 election, and has had testing laboratory Enex Testlabs evaluating the effectiveness of the technology throughout last year.

The results of those tests were announced in December last year, at which point Conroy confirmed the Federal Government would push ahead with the initiative in the new year.

Inside opposition
Also in her blog post, Lundy noted with parliament resuming this year, she had been able to continue lobbying within the Labor party to introduce an opt-out option for adults who prefer their internet unfiltered.

“I believe that the best path forward is one of mandatory choice where as part of their normal interaction with an ISP all subscribers are provided information about filtering so they can make an informed choice (to filter or to not filter), and at that point we have a fantastic opportunity to provide further information and resources about general Internet safety best practices,” said Lundy.

“This option ought to be changeable at any point and re-asked at subsequent service renewals.”
Lundy noted she would not cross the floor if the legislation is introduced into parliament without the opt-out option.

“As a Labor Senator, I am bound by the Caucus decision unless a conscience vote applies under our Federal Labor Party rules,” she said, noting this meant she could work internally to try and convince her colleagues to follow a different path.

“For all the criticism this model attracts, I believe that it usually works quite well and has contributed to the achievements of the Labor Party in over century of participation in the Federal Parliament,” she said.