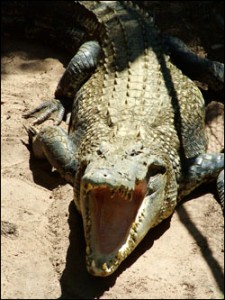 Darwin-headquartered IT services group CSG has won preferred tenderer status for two whole of government contracts with the Northern Territory in the areas of desktop and server services and network management.

The company had previously provided the services to the territorial government as a sub-contractor to other companies, but has now won prime status in their delivery. It will now enter contractual negotiations with the territory.

In a statement announcing the wins, CSG said it was also engaged in non-exclusive contract negotiation for three other packages of work, covering the supply of printers, servers and network equipment, and as a sub-contractor in a fourth contract, the nature of which it did not disclose.

The Northern Territory’s tendering site currently lists some details relating to the overarching package of work of which CSG’s new contracts are believed to be individual parts. Also included in that parcel are contracts for a service centre and voice and data telecommunications services.

Some 12 suppliers are listed as being the “closing list” for the contracts, with applications having closed on 2 September last year.

The work builds on other IT services contracts CSG holds in the territory — for example, several years ago it won a $30 million IT services outsourcing deal with the territory’s Department of Employment, Education and Training. The contract was expected to be hotly contested — more than 20 local suppliers had downloaded the request for tender documents.