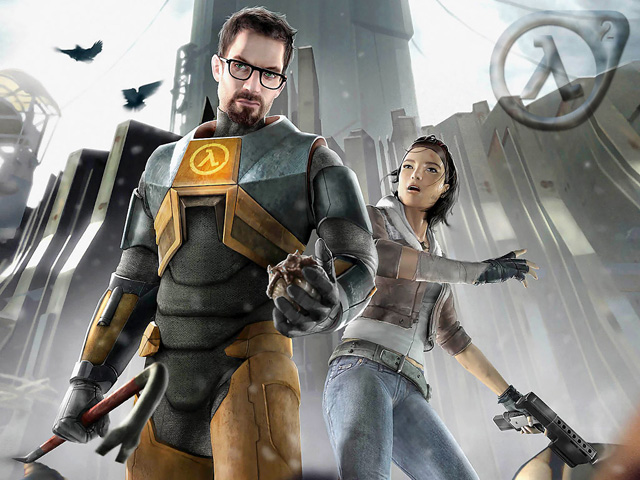 opinion At the start of Valve’s seminal video game Half-Life 2, the mysterious man in a grey suit who appears sporadically throughout the series makes a salient observation to protagonist Gordon Freeman which applies perfectly to the current debate about the likely future of Labor’s flagship National Broadband Network project.

“The right man in the wrong place,” the G-Man comments sagely, “can make all the difference in the world.”

Last week, in front of the crème de la crème of the telco industry at the Communications Day Summit in Sydney, Hackett got up and argued in a landmark speech that it would be nigh-on impossible for small or even medium-sized internet service providers to sell services nationally under NBN Co’s current pricing model. The executive used flagrant language, describing the model as “insane” and warning that no small ISPs would survive their walk through the “valley of death” transition from the current copper network to the inevitable fibre future.

The future painted by Hackett during the speech was not a happy one.

As he explained the reasoning behind his attacks on NBN Co’s pricing model, a vision began to build in my mind of a world not unlike the dystopic future in which humble theoretical physicist Gordon Freeman finds himself in in Half-Life 2. I can just imagine Dr Wallace Breen’s Big Brother-esque face leering at me from my computer monitor in the future, every time I attempt to sign up for a new NBN-based broadband plan.

“Thank you for your application,” Dr Breen would say in reassuring, fatherly tones, in a voice not unlike that of Telstra chief executive David Thodey. “You have chosen, or we have chosen, one of the finest approved ISPs for you to receive broadband services from. I thought so much of your ISP, that I elected to run my office using its broadband services, which were so thoughtfully provided by NBN Co, through Telstra. I am proud to say I use this ISP. Welcome to your new ISP. Broadband is faster here.”

Of course, in the world of City 17, Dr Breen is not a benevolent force at all. Any shred of integrity he once may have had has vanished as he has placed his voice in the service of the Combine, an invading race of aliens who wish to pacify the Earth and use it for themselves.

Similarly, if Hackett’s predictions are correct, Australia may very well be facing a future where Labor’s dream of boosting the stilted competition in the national telco landscape is revealed to be nothing more than a fiction constantly mouthed by Communications Minister Stephen Conroy and other Labor cheerleaders … with the harsh reality dawning of a perennial choice between just five major national ISPs which you can choose to receive broadband services from – the current dominant five: Telstra, Optus, iiNet, TPG and Internode itself.

The reason for this, according to Hackett, is the cost of operating a national service on the NBN, which will require ISPs to interconnect with the fibre at some 120 points, instead of the vastly reduced number which he would favour.

But wait, it gets worse. Just as Dr Breen is just a front for his alien overlords in City 17, Hackett raised the possibility that any ISPs smaller than the top five who do want to continue to exist – or even, God forbid, start up new as new businesses – under the NBN, will be forced to deal with a much more nefarious force than NBN Co itself, the visible face of the project.

Yes, I speak of Telstra.

Although currently under the largely benevolent leadership of Thodey, Telstra has long been held by its rivals to be the great Satan of the telecommunications industry – the single dominant, former monopolist player which has a bottleneck grasp on the network reaching houses and business premises around Australia – as well as the lion’s share of retail customers on that network.

One of the principal aims of the NBN policy is to break down that control and create a new monopolist wholesaler – NBN Co – which would treat everyone fairly. But last week Hackett raised the notion – crazy though it might seem at first gasp – that the cost of selling a national service over the NBN will force any ISP smaller than the top five to continue to buy wholesale broadband services from – you guessed it – Telstra itself, or even Optus, which has already confirmed it will act as an NBN wholesaler.

The fact that the wholesalers will no doubt also add on a certain degree of margin to the services they buy from NBN Co and sell to smaller ISPs will add on another (price) barrier between any smaller ISPs who want to play in an NBN world and the top five.

This is simply a future which must not come to pass. To think that Australia could pass through five years of debate, countless industry pushes, hundreds of thousands of articles on the subject, innumerable political and telco infighting and a thousand other factors and come out the other end with Telstra and perhaps Optus still holding many of the sector’s prize cards close to their chest … would be heartbreaking, to say the least. We must not allow an industry structure where Telstra becomes the bottleneck wholesale provider mediating between NBN Co and small ISPs.

This is a model best described as ‘NBN 17’. A model which recreates so much of the bad old regime … in the guise of the new.

However, as the G-Man intimated about Gordon Freeman, there is still hope for the telecommunications sector. Right now, NBN Co’s senior management are sitting high up in their citadel in North Sydney, observing Hackett through their high-resolution cameras, while the Internode MD is slowly but surely making progress towards their headquarters, tearing their arguments asunder piece by piece along the way, like a bearded and implacable scientist applying a scalpel of truth.

Like the NBN project, there was a time when the power of the Combine and Dr Breen seemed unstoppable and everywhere. The project is moving forward. The masses are being brought to believe the grand vision. However, it has long been a trend in human society that when one, highly respected, influential member of the community takes a stand based on integrity and passion about an important issue, there is the potential for that individual to prevail.

Such is the situation in which Simon Hackett finds himself right now.

You would have to presume, given the fact that the Internode MD has been one of the most strident voices of criticism towards Telstra over the past decade, that Internode is a core target market for NBN Co. In Labor’s vision of the NBN, it is precisely mid-sized ISP like Internode that would be better able to compete with giants like Telstra, due to the removal of the need to provide services to customers through a network that belongs to a direct competitor (Telstra).

This is backed up by the fact, as Hackett pointed out in his speech, that NBN Co’s business case uses the example of an ISP of a similar size to Internode to demonstrate how its pricing plan would work.
And yet at the moment, it is Hackett – alongside other industry stalwarts like PIPE Networks founder Bevan Slattery and AAPT chief executive Paul Broad – who has emerged as one of the most strident critics of NBN Co’s model.

For these very reasons, NBN Co, the Australian Competition and Consumer Commission and even Communications Minister Stephen Conroy must listen to what Hackett is saying right now. It is not enough to cut deals with the likes of Telstra and Optus behind closed doors, slowly slide away from the NBN’s ‘wholesale-only’ mantra by setting up direct relationships with utilities, block out smaller ISPs from dealing with NBN Co directly through a flawed pricing model and allow the larger players to re-entrench their existing holdings in the new reality.

“I need to warn you in advance, there are a few actual numbers in these slides that might involve thinking about things,” Hackett told his audience. “They’re not just happy big marketing pictures. I apologise for that, I just don’t do marketing very well.”

Neither did Gordon Freeman. But then, he didn’t need to. For some people, mathematics and a crowbar are more than enough.