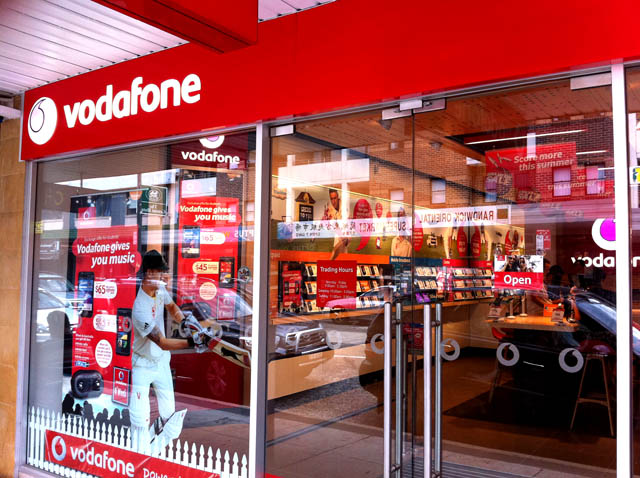 update Embattled mobile telco Vodafone has continued to lose customers over the past three months, according to new financial results documents released overnight, with some estimates placing the number lost in the quarter as high as 378,000.

The company’s network suffered a number of crippling problems in the closing months of 2010 and early in 2011, with many customers being left with patchy service and dropouts — or at times, no service at all. Earlier this year, Vodafone chief executive Nigel Dews acknowledged the telco had seen higher churn rates to other telcos as a result, but it hasn’t been until now that the true extent of the damage has been known.

In financial documents released by Vodafone globally over the weekend, the company revealed that its Australian subsidiary lost some 34,000 customers (net) in the three months to the end of June this year. However, it is believed that this figure is low because of the balancing factor of new customers joining Vodafone’s network in Australia in that period, with the documents also mentioning a loss of 155,000 customers in that period locally.

However, others believe the spurt of customer blood gushing from Vodafone’s veins as a result of its network problems may be even higher.

The Financial Review reported this morning that the true figure of customers lost in the quarter may actually be 378,000, as the global Vodafone group only owns half of the VHA entity in Australia which operates the Vodafone brand and was formed from the merger of Vodafone and Hutchison in Australia several years ago.

“This would indicate subscribers using VHA fell from 7.2 million to 6.8 million in the past three months,” the newspaper wrote.

The 378,000 figure appears to have been extrapolated from the two figures which Vodafone disclosed over the weekend — multiplied by two as a result of the VHA ownership split. However, it is not clear to what extent the figure is accurate. Vodafone is believed to have changed the way it accounts for certain types of customers in the quarter — for example, prepaid customers — to focus on how many are truly active.

Spokespeople for Vodafone locally highlighted the fact that the group’s full local results would be released next week on August 2. However, Vodafone is not simply letting the situation slide.

In February the company revealed it would install new radio equipment at all of its 8,000-odd mobile base stations around the nation, in a giant network rollout of unprecedented scope in the Australian market. The rollout basically constitutes the replacement of Vodafone’s entire mobile network throughout Australia. It has also focused on beefing up customer service, tackling trouble spots in its network and taking to social media to discuss the problems directly with customers.