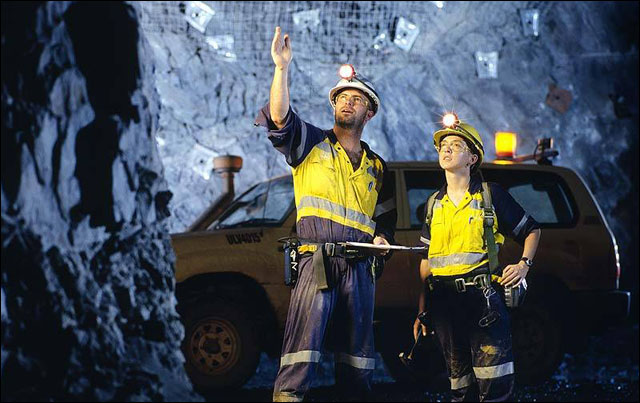 High-profile technology executive Jamila Gordon has landed on her feet after losing her position as Qantas chief information officer earlier this year, picking up the equivalent role at project management and contracting giant Leighton Holdings.

Gordon was made redundant by Qantas in March 2009, as part of an extensive restructure in the business conducted by its new chief executive officer Alan Joyce. The executive was replaced by former Jetstar executive David Hall, who has returned to lead the low cost Qantas subsidiary after a period leading Qantas’ corporate services and technology operations.

A spokesperson for Leighton said Gordon’s role was a new one. In the past, each division of Leighton — and there are many, ranging from its Leighton Contractors business to Thiess, John Holland and more — was broadly responsible for its own IT strategy.

“Gordon’s role will span the Leighton Group, and she will be working closely with the operating company chief information officers in shaping the group’s IT strategy and corporate governance, as well as overseeing and evaluating IT risk,” the company said in a statement. “In addition, Ms Gordon will work with operating company CIOs to identify areas of commonality where the Leighton Group will benefit if aggregated.”

Gordon’s role will also see her responsible for the management of IT for several discrete divisions — Leighton Holdings itself (the holding company) and the Leighton Properties group.

The executive’s role will see her working closely with at least one old friend.

When Gordon fronted the press after her appointment in Qantas — she joined the airline in 2007 — she did so in company with Qantas chief financial officer Peter Gregg. And it was Gregg that took much of the responsibility for outlining Qantas’ technology strategy during that period. The CFO left Qantas in September 2008, following Joyce’s appointment, and won a position as Leighton CFO in October 2009.

At Leighton, Gordon will report directly to Gregg — as she did at Qantas.

Not a great deal is known about Leighton’s technology operations. However, scraps of information have made their way into the public domain.

In May, for example, John Holland CIO Les Oates outed the organisation as an early adopter of Sharepoint 2010. MIS Magazine, in its profile of the company published for its MIS100 edition in July 2009, listed an early trial of Windows 7 as one of its activities, and its ERP and financial systems continued to be added to where necessary, according to the company’s general manager of Strategic IT Sean Kaye. Thiess, too, has been involved in major projects — such as a consolidation project that is seeing it centralise data from some 200 operational sites into a centralised datacentre location.

Before her role at Qantas, Gordon held a number of other senior IT positions — with IBM in Europe, for example, but also with Deloitte Consuling and GIO Insurance.