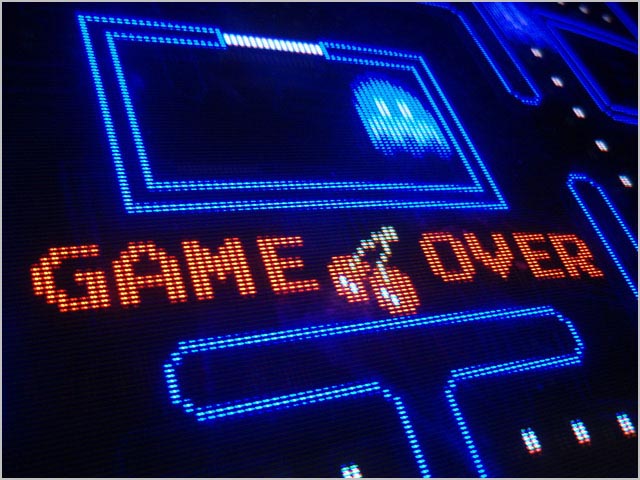 news Ding, dong, the witch is dead. Almost five years after the current Labor Federal Government starting trying to force its controversial mandatory Internet filter policy on an extremely unwilling Australian population, Communications Minister Stephen Conroy has formally dumped the policy in favour of a much more limited system already in place at Telstra and Optus.

In mid-2010, facing an inability to get its filter legislation through Parliament due to the opposition of the Coalition and the Greens, the Government delayed the introduction of the mandatory filtering system, pending the delivery of a report reviewing Australia’s content classification system. At the time, Conroy acknowledged that “some sections of the community” had expressed concern about whether the range of material currently included in the Refused Classification category (which the mandatory filter system is slated to block) correctly reflected current community standards.

That report was handed down at the start of March this year. Although it recommended a slight watering down of the RC category rules and the renaming of the category ‘Prohibited’, it barely mentioned the filter. Since that time, Conroy has not substantially commented on the future of the filter, although in late February he appeared to attempt to conflate the mandatory filter with a similar, but much more limited filter which Telstra, Optus and one or two other ISPs have implemented.

That ‘voluntary’ filter only blocks a set of sites which international policing agency Interpol has verified contain “worst of the worst” child pornography — not the wider RC category of content. The instrument through which the ISPs are blocking the Interpol list of sites is Section 313 of the Telecommunications Act. Under the Act, the Australian Federal Police is allowed to issue notices to telcos asking for reasonable assistance in upholding the law. It is believed the AFP has issued such notices to Telstra and Optus to ask them to filter the Interpol blacklist of sites.

In his statement today, Conroy said that given the “successful outcome” of the limited Interpol filtering scheme used by Telstra and Optus over the past year and a half, “the Government has no need to proceed with mandatory filtering legislation”.

“The Gillard Government takes the safety of children seriously and believes that there is never a place for child sexual abuse material in our society. There is also widespread community support for blocking access to child abuse material. Several Australian ISPs have already been blocking sites on the Interpol list for over a year. They are reporting that this has had no impact on internet speeds or congestion and they have had no reports of people being denied access to legitimate web content.”

Conroy said Australia’s largest ISPs had been issued with notices requiring them to block these illegal sites in accordance with their obligations under the Telecommunications Act 1997. “I welcome the support of Australia’s major ISPs and the Internet Industry Association for taking these steps. This means that more than 90% of Australians using internet services will have child abuse material blocked by their ISP,” Conroy said.

In Conroy’s statement, the chief executive of the Internet Industry Association, Peter Lee, whose group brokered the Interpol filter deal between the Government, ISPs and the Australian Federal Police, praised the new filter approach by the Government. “ISPs recognise their role in assisting law enforcement agencies and meeting their obligations under the law. Blocking the INTERPOL ‘worst of’ list is a positive step in preventing Australian internet users from committing the offence of accessing child abuse material,” Lee said.

Conroy’s statement said the Australian Federal Police (AFP) would now begin issuing notices to smaller ISPs and would work closely to assist them in meeting their obligation under Australian law and prevent their services being used for illegal activities.

The current attitudes of ISPs apart from Telstra and Optus towards the Interpol filtering scheme are also currently unknown, with it being unclear whether they would implement the scheme if the Australian Federal Police issued them with a request to do so. Last year, ISPs such as TPG and Exetel said right out that they would reject such an attempt, while others such as iiNet and Internode said they were unclear as to the specifics of the situation.

opinion/analysis
I’ll publish some separate thoughts on this later today (Friday), but I wish to note in general that I applaud Conroy’s long-awaited decision to can the mandatory Internet filter policy. It’s about time, and this will remove what I consider to be the last real blemish on Conroy’s record as Communications Minister. A general consensus has been building in the industry over the past year or so that the best way forward for this policy is for ISPs to block the Interpol list; and the experiences of Telstra and Optus appear to confirm that the Interpol filter isn’t going to do much harm; even if implementing it will actually have a negligible effect on those peddling child abuse materials.

However, that’s not to say that the scheme is perfect; and in fact it needs quite a bit of work before we’d be satisfied with it. A modicum of transparency would be a start; dragging information about the Interpol filter out of the AFP through beating it around the head with Freedom of Information laws hasn’t exactly been an easy process over the past year or so; although I’m certain that for the AFP, the pleasure has been all mine.

My thoughts in summary on the Interpol filter haven’t actually changed since July last year, when I wrote the following, in an article entitled ‘Five disturbing things about the Internet filter’:

“… we don’t want to be too harsh about the IIA’s Interpol filtering scheme as it is being implemented by Telstra and Optus. It is quite hard for a site to get on Interpol’s blacklist, with multiple agencies having to authorise additions, and there is a certain attraction around the idea that we’re only blocking the “worst of the worst” sites containing child pornography, instead of a much wider category of content. In addition, it doesn’t seem as if there have been many instances internationally where implementation of the list has caused problems.

However, we are mystified as to why the IIA, Telstra, Optus and the AFP are displaying such a lack of transparency in their implementation of the scheme. We are talking about a filtering scheme here which is being implemented behind closed doors, with little notification to customers, with no civilian oversight, an unclear legal framework, the potential for scope creep and a limited and secretive appeals process overseen by the agency which drew up the list to start with. Come on, Australia. Is this the best we can do?”

You’re 95 percent of the way there, Minister. Why not bolt on a few transparency and accountability measures so the AFP doesn’t go hog wild with scope-creep-style Section 313 requests, and then we can lay this one to bed for good?