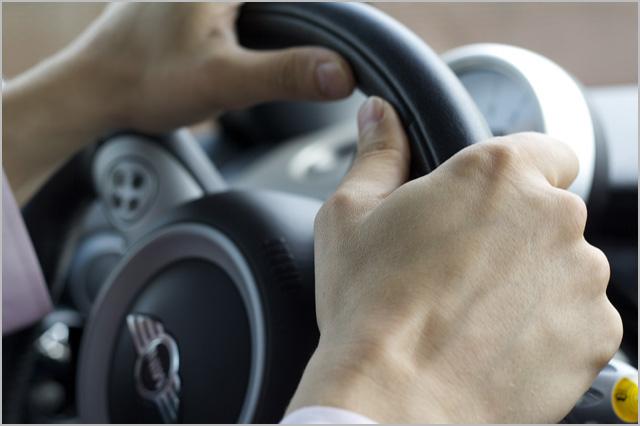 opinion/analysis The demand this week by academic Michael de Percy for Australia’s politicians to cease their chaotic struggle over the nation’s telecommunications sector and let it get on with its own business shouldn’t be seen as controversial. The best regulation in any sector takes a ‘light touch’ approach and this troubled industry is no exception to that rule.

Late last week, as most of us were settling into long Friday afternoon lunches, University of Canberra academic Michael de Percy published what should not have been a controversial analysis of the impact of politics on Australia’s telecommunications industry.

His argument was a little muddled, and he used historic examples which most of us had never heard of, but de Percy’s central point represented extremely mainstream (almost boring) theory about how modern day government should work. “Let the market work where it works, let government step in where it doesn’t,” he wrote, adding that the incessant politicking around the sector over the past several decades had hamstrung its development.

In the telecommunications industry, this approach translates to applying a paradigm which has applied in Australia for most of the past century: Leave telcos alone as much as possible in metropolitan areas, where they will be incentivised to invest in competitive infrastructure in order to chase profits, while subsidising less profitable regional areas in order to ensure basic services are delivered.

There are countless examples of where this paradigm has been applied by successive governments — both Coalition and Labor — to Australia’s telecommunications industry. There is the Universal Service Obligation, where Telstra receives payments to maintain a basic level of services to rural areas. There is the efforts by NBN Co to build costly backhaul infrastructure to rural areas to level the playing field and allow telcos other than Telstra to invest. The Tasmanian Government did the same across Bass Strait. And, more recently, there is the Coalition’s $100 million pledge during the recent Federal Election to fix mobile blackspots, which is also aimed at the bush.

This approach has also been taken up overseas. In the UK, for example, the British Government has left incumbent telco BT up to its own devices when it comes to its Fibre to the Node network rollout in metro areas, but is helping to co-fund the extension of that project to regional zones. In virtually every country we see a similar phenomenon.

Yet when de Percy’s article was published on Delimiter, it caused outrage amongst readers.

“Braindead analysis combined with historical revisionism,” wrote another. “The NBN was created to deal with the problem of regulating the natural monopoly of the last mile and the demonstrable lack of private sector development compared with mobile. It staggers me that he somehow skips all the drama of the Sol years; that actually provided the impetus for the NBN.”

The problem many commenters appeared to have with de Percy’s argument is that they disagreed with its fundamental premise: That in most cases, the private sector is best positioned to provide telecommunications services to most Australians. Nobody has any problem with the idea that telecommunications services to the bush should be subsidised. But it’s the notion of letting commercial telcos be responsible for our cities which appears to be controversial.

There are solid reasons for this suspicion.

One example brought up by several commentators was the rollout of HFC cable networks in Australia in the late 1990’s and early 2000’s. This rollout was largely initiated by Optus, which had sought to deploy competing infrastructure that would allow it to compete on an infrastructure basis with Telstra’s copper network, both in the provision of pay TV services as well as telephone services and broadband.

Optus’ rollout was curtailed because Telstra duplicated it wholesale, famously directing its rollout trucks down precisely the same streets as its rival and causing massive profitability problems for the nascent infrastructure.

Commenters made the point — and I would strongly agree — that infrastructure-based competition created by the private sector failed Australia at this point. And many fear that precisely the same situation will shortly occur with respect to the Fibre to the Basement rollouts that are currently being discussed by half a dozen major Australian telcos. Surely it was an obvious case of history repeating when Telstra announced its FTTB intentions shortly after TPG outed its own plans. If four separate FTTB rollouts touch the same apartment building … one suspects none will make much money.

But what most commentators seem to have completely missed in the discussion is de Percy’s more complex point: That radical, heavy-handed government intervention is still not the right way to solve the telecommunications industry’s woes. A more nuanced approach is needed.

If we examine the HFC cable wars in further detail, it becomes apparent that the central cause behind the overbuild disaster was that the (Howard) Government of the day failed to take the necessary finely tuned middle path to regulation in the sector.

Let’s bear in mind, for a second, what we were seeing at the time. In 1997, Telstra was in the throes of the first tranche of its privatisation. The Howard administration obviously wanted to get the best price for its asset. And so it would have seemed logical to let the telco go ahead with its HFC cable rollout in order to display future growth opportunities.

In hindsight, the better long-term structural approach would have been to restrain Telstra from deploying its HFC cable network (a simple matter, given the Government still majority-owned Telstra at the time) and let Optus fully build out its own HFC infrastructure. This would have created, as we clearly see in other countries such as the US and UK, a situation where new HFC cable operators (Virgin in the UK, for example) can compete directly on an infrastructure basis with incumbent telcos and their copper networks. Telstra’s power would have been weakened and a viable competitor set up, which is precisely what the newly deregulated sector desperately needed.

The Howard Cabinet’s failure to take this relatively simple administrative step in correctly structuring the telco sector cost Australians dearly in the long-term and discouraged further investment by large multinationals such as SingTel. Optus still considers its HFC cable network largely a pointless asset which it is shackled to but can’t really invest in. And Telstra still owns most of the market.

Labor too, failed in almost precisely the same way a decade later. It’s true that it would have required significant legal and financial efforts to structurally separate Telstra’s wholesale operations from its retail operations (especially given the Constitution’s rules on compulsory acquisitions, which many have speculated would apply in this case), as other countries such as the UK and New Zealand have done with their incumbent telcos.

However, history shows that such an effort — even in the context of the hostile Trujillo leadership at Telstra from 2005 through 2009 — would have been significantly easier in practice than setting up the National Broadband Network policy and attempting to completely overbuild Telstra’s copper network (a problematic exercise which has substantially largely failed).

If Telstra had been restrained from building its own HFC cable network back in 1997, infrastructure-based competition between the telco and Optus would have flourished, and both would have competitively invested in their networks, to the benefit of consumers. If Telstra had been structurally separated into retail and wholesale arms, that wholesale arm would definitely have invested in upgrading the copper network, likely to FTTN initially. Telstra’s had that plan in its pocket for at least a decade. And in both cases, government subsidy could have plugged the gaps in the bush.

What we can clearly see here is that it’s not de Percy’s underlying theory that is wrong, but its implementation by clueless politicians. For the past 20 years, successive Australian Governments have failed to set the correct underlying regulatory framework for the nation’s telecommunications sector to invest in upgrading its infrastructure.

There’s plenty of evidence to support this case, by the way — it’s not just theory, unlike many of the counter-arguments. In countries like the US, the UK and New Zealand, where better regulatory environments exist, the private sector is ploughing billions into better broadband infrastructure. BT Infinity, Google Fiber, New Zealand’s Ultra-Fast Broadband initiative (which is a private/public partnership deal) and more. You can even look at Australia’s mobile sector for another example, where Telstra, Optus and Vodafone are continually ploughing billions into their networks, because the regulatory controls are set up well.

We’re just not seeing that kind of investment from the private sector in Australia in fixed-line, because the regulatory controls are not right. It’s that simple. Hell, even when companies do want to invest under the current laws, the Government often pulls the regulatory rug out from under their feet.

What these facts inevitably lead us to is the conclusion that de Percy is right: Australia’s politicians need to stop treating Australia’s telecommunications sector like a political plaything and return to the sensible middle path: Setting stable underlying regulation for the sector and subsidising infrastructure in the unsustainable regional areas. Again, this is incredibly non-controversial.

What would that look like in practice? Well, that’s a subject for another article, possibly later this week. But I will note that the central problem, as it has always been, is Telstra’s structural control of the industry. Telstra must, it must be structurally separated or substantially restrained for Australia’s telecommunications industry to develop further. That is the problem Labor’s heavy handed NBN policy attempted to solve; it’s the problem the competition regulator, the ACCC, is continually grappling with, and it’s the issue at the heart of all decisions currently being made by Communications Minister Malcolm Turnbull.

And just one final note for those who will doubtless attack me in this article for what many will see as an abandonment of the NBN policy.

As a side note, yes, I agree that Labor’s National Broadband Network policy was a highly attractive one on paper. Delivering universal fibre around Australia was a visionary ideal. I completely support that outcome. However, in practice this was always going to be a big ask, especially for a new Government startup like NBN Co, and history has shown it was probably the wrong approach.

At this stage, I definitely continue to support a return to that policy as one sensible option for the future of Australian telecommunications (as Turnbull has noted, we are quite a ways down that path), but I would also suggest that that policy can no longer be delivered unless the Government gets Telstra heavily involved in the construction aspect as a critical first step. Even the father of the NBN policy, former Communications Minister Stephen Conroy, has acknowledged that the NBN construction model as it stands is non-functional and must be drastically modified if it is to go ahead. FTTP was the right technology choice, but Labor chose to deploy it in the wrong way.

I hope this article makes sense in the context of de Percy’s argument. I would encourage readers, if they wish to debate the issues, to consider what choices they would have made differently at the various crux points Australian politicians found themselves in over the past two decades. My view is clear: Most of the choices made were the wrong ones. I hope to outline later this week what I think good choices would be from here on in.