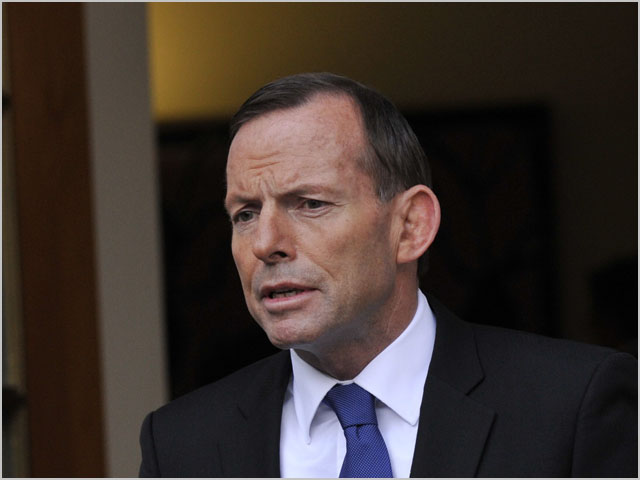 news Labor’s communications spokespeople have labelled Prime Minister Tony Abbott’s failure to directly answer repeated questions about the rollout of the Coalition’s Broadband Network (CBN) in Tasmania an “embarassing spectacle”, as the issue continues to be a major issue for the upcoming state election in March.

Many Tasmanians believe the Coalition, specifically Communication minister Malcom Turnbull, committed the CBN in the state to a full Fibre to the Premises (FTTP) deployment during last year’s Federal Election. However, in fact, Turnbull never explicitly made such a promise; stating only that a Coalition Government would honour construction contracts signed by NBN Co. Some Tasmanians took this statement to mean that the Coalition would commit to a full FTTP rollout in the state and have been severely disappointed by the confirmed by NBN Co since that the technically inferior Fibre to the Node option would also be used.

In a joint press conference held on Saturday in Hobart, Abbott repeatedly declined to directly address questions about whether the Coalition deceived Tasmanian voters with respect to its support for an all-fibre broadband rollout in the state before the previous Federal Election, in a tense event in which journalists couldn’t stop asking about the topic.

A third asked: “Has Will Hodgman spoken to you about how politically damaging it might be if the [CBN] isn’t rolled out fibre to the home down here?” And a fourth later asked: “Do you accept that it’s a broken promise to no longer commit to full fibre to the premises rollout given what was said by Liberal Party candidates and members before the election?”

In general, Abbott did not directly address the issues being raised, instead focusing on criticising the previous Labor Federal Government and the current Labor State Government in Tasmania. At one point he said: “Are there any other subjects people want to ask questions about?”

The event came as Communications Minister Malcolm Turnbull has been forced into consenting to further trials of Fibre to the Premise broadband infrastructure using Tasmanian energy utility Aurora Energy’s overhead electricity poles, following an admission by Tasmanian Liberal Leader Will Hodgman that the broadband issue could lead to the Liberal Party losing the state election.

In a media statement issued this week, Shadow Communications Minister Jason Clare and his Assistant Minister, Michelle Rowland described the “farcical” press conference as “an embarrassing spectacle” which saw Abbott dodge “question after question” on the broadband issue.

“This is the best the Prime Minister could come up with: ‘I think we’ve had a good go on this issue, and we’ll go onto other issues if you don’t mind,'” said the pair. “Mr Abbott then walked out of the press conference, leaving poor Will Hodgman completely stranded, who continued to advocate for fibre-to-the premises broadband long after the Prime Minister left.”

“Tasmanians don’t want Tony Abbott’s second-rate copper network – not even Will Hodgman wants it,” Shadow Communications Minister Jason Clare said. “Tasmanians want Labor’s superfast broadband network – which the Coalition promised before the election they would continue to roll out. Tony Abbott left his Liberal colleague stranded today, just like he has left Tasmanian homes and businesses stranded with second-rate broadband.”

Clare stated that before the election, the Coalition said it would honour existing contracts to roll out fibre-to-the-premises broadband right across Tasmania, quoting a statement made by Turnbull to state newspaper The Examiner on August 17.

“Today’s farce shows all too clearly that Tony Abbott doesn’t care about Tasmanians, and he doesn’t respect Mr Hodgman’s leadership,” Rowland said. “Tasmanians voted at the last Federal Election thinking either result would still give them superfast broadband to their homes and businesses. After breaking his promise, Tony Abbott is now giving Tasmanians a second-rate copper network, and there’s nothing Will Hodgman can do about it.”