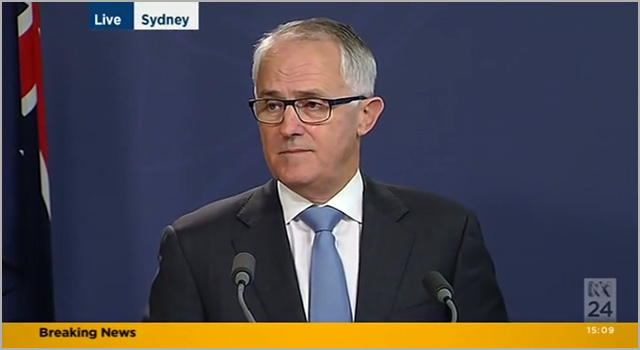 news Under siege from all sides of politics over the Federal Coalition’s reluctance to pursue a full Fibre to the Premises (FTTP) broadband rollout in Tasmania, Communications Minister Malcolm Turnbull has spoken to NBN Co about the possibility of conducting FTTP trials in the state that would test Labor’s plan to deploy fibre on aerial electricity poles.

Many Tasmanians believe the Coalition, specifically Malcom Turnbull, committed the Coalition’s Broadband Network rollout (CBN) in the state to a full FTTP deployment during last year’s Federal Election. However, in fact, Turnbull never explicitly made such a promise; stating only that a Coalition Government would honour construction contracts signed by NBN Co. Some Tasmanians took this statement to mean that the Coalition would commit to a full rollout of Fibre to the Premises broadband in the state.

However, the issue is still a hot one in Tasmania, which is shortly slated to head to its state election. At this stage, every political party in Tasmania has lined up in support of a full FTTP broadband rollout in the state, including Tasmanian Liberal Leader Will Hodgman, who said last week that the broadband issue could lead to the Liberals in the state losing the election.

Subsequently, Tasmanian Labor Premier Lara Giddings offered NBN Co free access to the overhead power poles of state-owned energy utility Aurora to incentivise a full rollout of Fibre to the Premises broadband in the state, as part of a package of technology policy promises associated with the State Election.

In a press conference yesterday in Sydney, Turnbull acknowledged that he had spoken personally to Hodgman about the issue, who had pressured his Federal Liberal colleague to consider the FTTP option.

“There is a series of tools, and what we’ve said to NBN Co is you are free to choose the best technology for the particular locations. And if we can use, for example, access to Aurora’s poles, electricity poles, to reduce the cost of FTTP, it may well enable us to do more FTTP in Tasmania,” Turnbull said. “… We’re certainly looking at it, but equally we’re not going to make irresponsible economic decisions.”

And then this morning on ABC Local Radio, Turnbull said: “We’re taking the proposal on board and we’re doing quite a bit of work at the NBN CO now to see if we can progress that idea of some trials and really test this proposition that Tasmania’s different and the cost structure is different because of these aerial assets.”

opinion/analysis
I’ve been saying for quite some time that NBN Co must seriously consider deploying more aerial fibre, based especially on the TasCOLT trial. As I wrote for Delimiter 2.0 in mid-November last year (paywalled):

“NBN Co’s Strategic Review process gives the company an unmissable opportunity to re-evaluate the early decision to deploy its FTTP network primarily through Telstra’s underground ducts. The company and its new Coalition masters must now seriously consider deploying more fibre aerially on power poles in an effort to speed up its rollout substantially.

… Tasmania has form in this area. The State Government’s TasCOLT project saw several thousand households in several metropolitan areas in the state receive aerial fibre deployments constructed by state-owned energy utility Aurora Energy in 2006 and 2007. According to a report published in 2008, the model was successful, and Tasmania gained key learnings from the deployment that would aid in future rollouts.

Now the state is proposing that that concept be extended throughout the NBN rollout in Tasmania, in an effort to ensure that it receives FTTP broadband across the state under the NBN, and not inferior FTTN options. It’s a model Tasmania has proposed before — back in 2007 and 2008, when Kevin Rudd’s first Labor administration was examining a nationwide FTTN rollout in partnership with industry, as the first NBN plan. And now it’s back.

The thing which NBN Co’s team of executives, analysts and consultants needs to realise when considering the aerial FTTP model, as compared with the underground FTTP model which it has largely been pursuing so far, is that the model makes a hell of a lot of sense not just for Tasmania, but for the wider national NBN rollout in general.”

So with the TasCOLT experience already live to some 1,200 premises in Tasmania since 2008 or so, why the hell do we need to do further trials? It’s not like the results of that trial are not already available.

One further thing I will add: It is rather audacious of Turnbull and Hodgman to try and chalk this one up as a Liberal victory. Hodgman has only just recently drunk the FTTP “kool-aid”, after all … it was Giddings that worked on the TasCOLT project back in 2005, when the Premier was Tasmanian Minister for Economic Development. And she’s been very active since that time.

That’s almost a decade that Giddings has been pushing to get FTTP in Tasmania, and if aerial FTTP does come, it will have been almost entirely on her watch. I don’t recall Hodgman having done a lot for Tasmanian broadband in that time, and it’s a little cute of Turnbull to claim that he was persuaded by Hodgman on the issue. My view is that the fact that the issue is such as huge one on the State Election might have had a teensy weensy little bit to do with it.