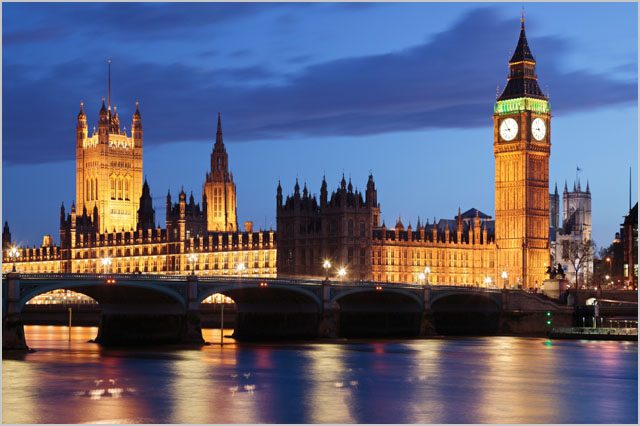 news British telco BT has temporarily drastically cut the price of accessing its Fibre to the Node-style network, delivering speeds and data quotes unheard of in Australia, in another demonstration of the national consequences of the failure of the Australian Government’s telecommunications policies over the past decade.

Over the past decade, Australia’s two major sides of politics have been unable to come to agreement over how Telstra’s copper telephone network should be upgraded. Both sides of politics have had policies featuring upgrades such as Fibre to the Premises or Fibre to the Node for the copper network, but have been unable to have the policies implemented. A key related issue is that Australia’s politicians have not mandated the structural separation of the incumbent telco’s retail and wholesale arms, meaning it had little incentive to upgrade its network on its own.

In comparison, in the UK, British incumbent telco BT started upgrading its network to Fibre to the Node technology in 2009. In 2010 UK regulator Ofcom announced that BT would be required to provide open access to its fibre infrastructure.

In July 2013, BT announced that its fibre to the node network had passed more than 16 million premises since the network rollout was commenced in 2009, with more than 1.7 million customers having signed up for active connections to the infrastructure. It is also working directly with the UK Government to extend the network to rural areas, and it is also working on live trials of the new vectoring standard, which will allow speeds of up to 100Mbps on its FTTN infrastructure. It is also offering fibre to the premises extensions, which, at a cost (modest for businesses, pricey for consumers), allow customers to have fibre laid all the way to their premise (FTTP), delivering even better speeds of up to 330Mbps.

In late December, BT issued a statement noting that it had “launched its own version of the January sales” and would dramatically cut the cost of accessing its FTTN network, known as “BT Infinity.

The company’s BT Infinity 1 plan will allow customers to start the New Year with superfast fibre-based broadband for BT’s lowest ever cost of £7.50 (AU$14.23) a month for six months, followed by £15 (AU$28.46) a month for the rest of the 18-month contract. BT Infinity 1 offers customers speeds of up to 38Mbps with 20GB of download quota. Currently ADSL2+ speeds in Australia on Telstra’s copper network only offer speeds of up to 24MBps, and most customers get substantially less than that.

All of the plans also mandate the purchase of telephone line rental at an additional £15.99 (AU$30.34) per month. However, that cost can be cut down substantially if customers pay 12 months in advance. BT has also substantially cut the cost of its ADSL-based broadband plans.

BT has been marketing the January sales offers from Boxing Day and the offer runs until mid-March. Pete Oliver, managing director of BT Consumer, said: “This is the season for that great institution, the traditional January sales. However, our customers will not need to queue on the streets for days or fight fellow shoppers to grab our lowest ever price for BT Infinity, as you just have to call BT or go online at www.bt.com/sale to sign up.”

“We know that customers are looking to cut costs and are searching for great bargains to get the New Year off to a flying start. This year, as well as that smart TV or shiny new fridge, customers can grab a top quality BT Infinity deal that will deliver superfast speeds for the kind of price people were paying for dial-up a few years ago.”

In Australia, no comparable speeds and data quotas are offered. The only way for Australian consumers to obtain similar speeds is through signing up to the HFC cable networks operated by Telstra and Optus. However, such networks are only available in limited metropolitan areas and are not always available in multi-dwelling units such as apartment blocks. There are no “unlimited” data plans available through such networks, and such plans as do exist typically cost around twice as much as the BT Infinity plans, with a substantially reduced data quota such as 200GB.

The availability of BT’s plans appear to demonstrate that the country’s telecommunications policies — which have focused on splitting up its incumbent telco and incentivising it to upgrade its copper network to FTTN — have succeeded where the policies offered by successive Australian Governments — both Coalition and Labor — have failed.

The previous Coalition Government under John Howard failed to structually separate Telstra or come to an agreement with the telco to upgrade its copper network. The following Labor Governments under Kevin Rudd and Julia Gillard initially had a FTTN upgrade plan, but then abandoned the plan and took up a national FTTP construction plan. However, the Government was unable to implement this plan in a timely manner.

The current Coalition Government appears to be supporting an unpopular piecemeal plan where some parts of the country will receive HFC cable upgrades, while others will receive Fibre to the Premises or Fibre to the Node upgrades. It is not immediately clear how the Coalition intends to deal with the issue of differential pricing and technology capabilities between the various technologies.

opinion/analysis
If the comments on this article turn into a debate about FTTP versus FTTN, so God help me, I will lynch the lot of you. This issue is about the failure of the Australian Government to competently choose either option. As BT is showing in the UK, either option, picked back in 2009 or before then, would have delivered huge broadband service delivery advantages to Australians. It is the complete inability of Australia’s Governments to pick one option and stick with it over the years that is causing the current problem. That, and its failure to do as virtually every other jurisdiction has done and structurally separate its vertically integrated telco monopolist.