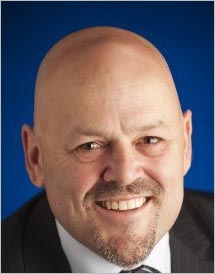 Update: The office of Bret Morris has issued an updated work biography for Morris detailing his long history working within the South Australian Government as a senior IT executive. You can download that full biography here in Word format. This article has additionally been modified to reflect Morris’ credentials for the whole of government CIO role.

news The South Australian State Government has appointed a long-term executive director from Department of Premier and Cabinet as its new whole of government chief information officer, to replace outgoing CIO Andrew Mills, who this month commenced the same role in Queensland.

Mill’s departure after six years in the South Australian Government role was confirmed in November by the Queensland Government. The executive commenced his new role in Queensland this month. As first reported by iTNews last week, Mills’ replacement will be Bret Morris.

A biography of Morris’ employment history issued by his office following the publication of this article details an extensive history as a senior IT executive within the South Australian State Government.

Morris has for the past four years and ten months, according to his LinkedIn profile, held a position of executive director of the Department of the Premier and Cabinet in South Australia. This position would have seen him working closely with Labor SA Premier Jay Weatherill and Weatherill’s predecessor Mike Rann, as well as their staff.

InBusiness South Australia reports that Morris’s executive director role in DPC saw him take responsibility for corporate operations and governance and additionally, the Office of the State CIO sits within DPC in South Australia, meaning Mills and Morris would have been likely to collaborate. InBusiness also reports that Morris had previously held a role as Director of ICT Services Reform with Shared Services SA, a senior IT position.

From October 2006 through April 2009, Morris held the position of Director ICT Services Reform, Shared Services SA, within the Department of Treasury and Finance. According to Morris’ biography: “This was an across government role responsible for driving and facilitating the use of technology to enable the delivery of the government’s new business capability in a shared services environment. It required the development of an ICT strategy for the SA Government in a Shared Services context plus the establishment of specific ICT reform initiatives with the engagement of both public sector CIOs and major private sector ICT service providers.”

From October 2004 through October 2006, Morris held the position of Director, Business Operations, State Procurement and Business Development at the then-Department for Administrative and Information Services. The agency’s CIO reported to Morris in this role, and the executive had overall responsibility for an ICT support division including 190 full-time equivalent staff, as well as an additional 38 FTE staff in the agency’s corporate ICT banner.

From mid 2002 through October 2004, Morris held the position of Chief Information Officer/Director, Information and Communication Technology, State Procurement and Business Development at the then-Department for Administrative and Information Services. This position was responsible for approximately 200 FTEs and budget of approximately $25 million and included the following areas of responsibility: ICS Strategic Planning and Policy Development; Desktop and Infrastructure Service; Client Services; Contracts and Risks; Business Development and Program/Project Support.

The executive noted on Twitter in early December: “First day as CIO and really keen to get into the role. Andrew Mills providing fantastic handover and being the true professional.”

The appointment comes as the South Australian Government has recently been making a number of controversial moves with respect to its ICT strategy, and as it has also been suffering problems with IT shared services reform.

For example, in March last year, the South Australian State Government issued a new whitepaper designed to provoke discussion of its future ICT strategy, promising as part of the document that from now on, it won’t pursue “big ICT projects” any more, with all technology-related initiatives to last 90 days at most.

The whitepaper noted that industry lobby group the Australian Information Industry Association had contributed extensively to the whitepaper. It is unusual for governments to work that closely with such lobby groups on the direct development of strategy. Morris is scheduled to speak at an AIIA event on 29 January this year.

Secondly, in October, the South Australian Government’s Auditor-General delivered a harsh dose of reality to the state’s Labor administration over its contentious shared services project, pointing out that the project is not delivering the savings promised, despite more than half a decade of sustained effort on the initiative.

In a new report to Parliament published that month, South Australian Auditor-General Simon O’Neill noted that the Shared Services initiative originally aimed to save $130 million in costs. However, as at 30 June this year, the project as a whole had already spent $84.5 million — $24.5 million more than was initially allocated in the project’s budget of $60 million — and savings had not yet eventuated. “… the cost of reform has exceeded savings achieved through the shared services reform process,” wrote O’Neill in his report.

opinion/analysis
Morris looks to be extremely qualified for this role. Any whole of government CIO role is a tough one — I wish him the best of luck with it.