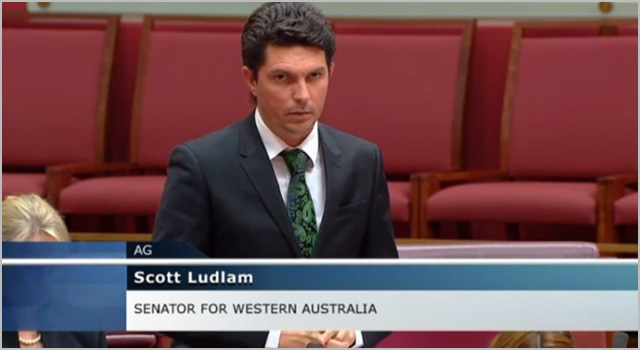 news Both Labor and the Coalition have voted down a motion put by the Greens in the Senate which would have called on the Parliament to re-establish the Joint Standing Committee on Intelligence and Security, a key oversight mechanism of Australia’s intelligence agencies which has lain dormant since the election.

A number of other intelligence issues have also come to the fore of Australia’s national debate, such as the revelations that the ASD had bugged the phones of senior Indonesian officials, and also that Australian diplomatic missions had been used throughout the Asia-Pacific region for intelligence-gathering activities. The revelations are broadly sourced from and come in the context of documents released globally by former NSA contractor and whistleblower Edward Snowden.

“… there is a strong framework of parliamentary oversight both through the Joint Parliamentary Committee on Intelligence and Security and the Senate Select Committee on Defence and Foreign Affairs in particular,” Attorney-General George Brandis told the Senate at the time. “As well there is ministerial oversight through the Inspector General of Intelligence and Security.”

“Consistent with long-standing practice on both sides of politics, I am not going to discuss our operational intelligence arrangements,” Shadow Attorney-General Mark Dreyfus said in a separate statement last week. “I am confident that the framework intelligence agencies operate within has appropriate checks and balances to make sure any activities they carry out are within the law.”

The Joint Standing Committee on Intelligence and Security is formalised by its own legislation. However, it has not been re-established following the September election.

“Since this parliament was re-established there have been a wide variety of issues reported in the media and discussed in this place relating to surveillance, intelligence agencies, national security and those sorts of matters,” Ludlam told the Senate. “Each time I rise to bring attention to these matters, government and opposition have reminded me that the principal oversight of these agencies and matters in Australia is provided through the Parliamentary Joint Committee on Intelligence and Security.”

“That would be wonderful if such an entity existed, but I rise-and this is the purpose of this motion-to point out to the Senate that, as it stands, this committee has not yet been stood up. This government has been in power for more than three months, but this committee still does not exist. I thought it had actually disappeared off the website with some of Mr Abbott’s speeches. It has been brought back; so should this committee.”

Labor and the Coalition voted against Ludlam’s motion. Delimiter has invited Brandis and Dreyfus to comment on whether the committee will be re-established, but neither has yet responded to the request for comment.

Separately, Ludlam also moved today that a separate committee be established by the Senate, known as the Senate Select Committee on Electronic Surveillance. The committee would inquire into and report on the adequacy of the institutional, technical and legal framework governing the
Australian intelligence community and related entities, with particular reference to: the right to privacy and data security; institutional accountability to the Parliament; international legal obligations and agreements; and any other related matters.

Ludlam moved that the committee consist of seven senators — three nominated by the Government, three by the Opposition and one by minority groups in the Senate and independents.

“Edward Snowden has revealed domestic and extra-territorial surveillance, interception and data collection by our own government and others in the 5 Eyes agreement, showing just how eroded civil and political rights have become in the digital age,” said Ludlam in a separate statement, pointing out that today is International Human Rights Day.

“Despite numerous assurances that it provides parliamentary oversight during the Indonesian and Timor Leste scandals, unfortunately it doesn’t exist,” said Ludlam.

In a separate speech in the Senate last week, Ludlam pointed out that other major countries had already initiated inquiries following Snowden’s revelations. “The European parliament is extremely concerned about this,” he said. “It immediately established an inquiry on electronic mass surveillance, once the revelations had been made public by The Guardian and The Washington Post. The French, Canadian and German parliaments, and Westminster itself-all considered like-minded democracies-initiated inquiries immediately. This was followed by Brazil, Ecuador and many others. In the United States, the head of the NSA was called before congressional committees and told to explain himself.”

“What do we have in Australia? We have the ALP and the Coalition hiding-cringing, in fact-behind the statement ‘We do not comment on intelligence matters’ or they claim that everything happening here and in the US is entirely within the law. Why then refuse even the mildest terms of reference for a thorough inquiry into these matters? Until fairly recently the government’s tactics were nothing more than denial, obfuscation, ‘pretend it’s not happening’, the political equivalent of curling up into a tiny little ball under your desk and just pretending and hoping that this will all go away.”