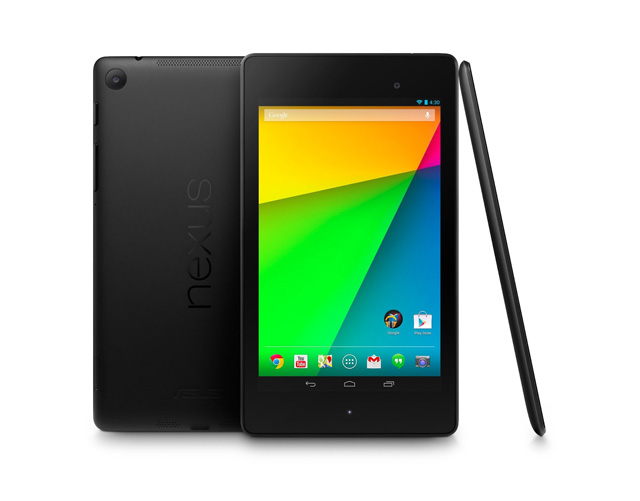 hope you’re having a great week!

As you may know, we’re big fans of Google’s Nexus 7 tablet line-up here at Delimiter Towers. In fact, we’re fans of the whole Nexus line. Your writer personally owns and uses a Nexus 4 smartphone, and is eagerly following news about the upcoming Nexus 5 line. We have spent a great deal of time with the Nexus 7 previously, and we have had one of the newly refreshed Nexus 7 models in for review for the past several weeks. The Nexus 10 is cool, too :)

Because of this, and because we’re still seeking to boost our newsletter subscriber numbers, today we’re kicking off a new competition to give away one of Google’s new Nexus 7 tablets. This is the model which was released only a couple of months ago — it’s the 16GB Wi-Fi version. In our preview of the unit, we wrote:

“Google got itself easily to second base with the initial launch of the Nexus 7 last year, and it looks as though its upgraded model will take it all the way with a home run. With new cameras, one of the best tablet screens on the market, better speakers, and a thinner and lighter build, this is one tablet which looks to be a sensational buy. And to boot, we expect the upgraded model’s pricing to start at less than $300 in the Australian market, just like the old one. If you’re an Android tablet fan and you like the seven inch form factor, this is very likely going to be an instant purchase for you.”

To enter the competition, all you have to do is sign up for our weekly Friday “Best of the Week” newsletter before the 15th of November — that gives you a whole month :) After that date, we’ll pick a name out of a hat and contact that lucky reader to send them their new tablet. Full terms and conditions here.

Note that by signing up to one of Delimiter’s newsletters, you also agree to receive commercial (tasteful) emails from our sponsors from time time. We don’t give them your data though — they’re sent from our system. In our busiest periods this will be a maximum of one per week, in quiet periods (like January, for example), it’s usually none. If this annoys you, it’s easy to unsubscribe at any time.

Let the games begin — and good luck! We have to admit to being a little jealous of the eventual winner … our own Nexus 7 review tablet has to go back to Google shortly :(