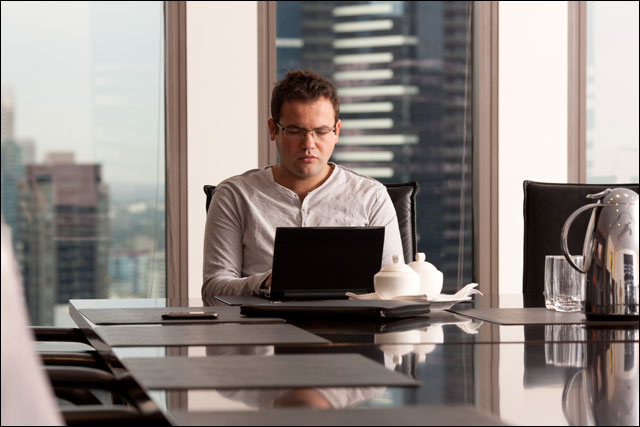 news The troubled mobile division of consumer electronics giant Kogan has accused Telstra of misleading the public about the telco’s willingness to continue to support Kogan’s mobile customers abandoned by the failure of wholesale ispONE, in a furious statement alleging commercial impropriety by Telstra on a range of fronts.

In a statement on Telstra’s Exchange blog yesterday, Telstra wholesale chief Stuart Lee noted that Telstra had entered into a new agreement with Medion, the supplier of ALDIMobile, so that customers could continue to receive 3G services. However, Lee wrote “To date, we have not been able to reach an agreement with Kogan.” Telstra was, the executive wrote, “currently providing an interim service at our own cost to Kogan end users”, so that Kogan customers could continue to receive services until they could transition to another provider. Another wholesale option for Kogan may be Optus, which provides wholesale 3G/4G mobile services to other telcos, such as iiNet.

However, in a furiously worded statement published on its company blog this morning, Kogan has taken the extraordinary step of accusing Telstra of not telling the truth about the issue and of misleading the public, as well as of a range of other inappropriate actions.

“Yesterday, people may have seen a communication from Telstra responding to Kogan Mobile in relation to Telstra’s disconnection of Kogan Mobile’s customers,” Kogan wrote. “We are concerned at the misinformation and confusion that may arise as a result of Telstra’s communication. Telstra indicated that it is “prepared to enter into direct arrangements with both Kogan and Medion (who supply ALDImobile) on commercial terms”. This is news to Kogan Mobile, and is music to our ears. The only problem is that we’re not too sure it’s actually true.”

According to Kogan, Telstra had not sent Kogan any proposal for the future of its customers which was “even remotely ‘commercial’, let alone competitive”. “Kogan Mobile has done everything possible to protect its customers: if commercial terms of continued supply were available, of course Kogan Mobile would have taken them up, and still will,” the company wrote.

Kogan invited Telstra to disclose whether there was any company currently operating which was able to provide enablement, platform and billing services in respect of Telstra’s 3G prepaid platform, implying that Telstra will not provide such services itself, and that ispONE was the sole company Telstra had authorised to connect to its network to provide such services.

Kogan also invited Telstra to publicly disclose whether it had: “… in any way induced, facilitated, or otherwise participated in or profited from the entry by ispONE into a sale contract in respect of the transfer of its assets (including the sole platform and billing system which is integrated with the Telstra Prepaid 3G Network) in the days, hours or minutes prior to ispONE appointing voluntary administrators.”

It appears that Kogan is implying that ispONE has sold its billing platform which integrates with Telstra’s network, and because of this, Kogan is unable to connect to Telstra’s network as a reseller. It also appears that Kogan is implying Telstra had some influence on that sale. The Financial Review has reported that ispONE administrators Ferrier Hodgson had planned to sell parts of ispONE to Melbourne firm Conec2, but that the sale process was not immediately completed because ispONE was placed into administration.

Kogan questioned Telstra’s seriousness with respect to its entry into the wholesale mobile market. “Telstra refers to its “leading role in the highly competitive” mobiles market,” wrote Kogan. “In light of that statement, we ask Telstra to explain why it established ispONE as its sole distributor of Prepaid 3G mobile services? Why did it establish terms with ispONE that were seemingly doomed to commercial failure? Why was there only one supply channel to market? And why did Telstra act to terminate ispONE without establishing an alternate channel of supply?”

“We also invite Telstra to publicly respond to the written communication from ispONE to Kogan, in which ispONE stated: ‘We are lacking … (Telstra) support right now due to the in-market pricing – (Telstra) simply see Kogan Mobile as gutting the market with ispONE support and not willing to support’,” wrote Kogan. “Does Telstra accept ispONE’s allegation that it ceased “supporting” ispONE due to concerns that Kogan Mobile’s retail pricing was too cheap?”

“We hope and expect that Telstra will come clean with the Australian public, and Kogan Mobile’s 120,000 customers on these matters. In the absence of public responses to the above questions, we respectfully say to Telstra that it cannot legitimately say that it is “concerned at the misinformation and confusion” surrounding these affairs.”

“Finally, to Telstra’s Managing Director, Mr Stuart Lee, who authored yesterday’s communicationwe ask this simple question – if you are truly and sincerely “concerned” about the 120,000 customers using your network via Kogan Mobile, then you ought certainly be willing to disclose to these customers whether your concerns were important enough to prompt you to personally attend a single meeting with Kogan to discuss these affairs, or perhaps even whether you were concerned enough to enter into or be copied on a single piece of communication with Kogan concerning Telstra’s actions which impact all of Kogan’s customers. We believe that the 120,000 customers and the Australian public deserve to know the true depth of your “concerns”.”

“Kogan Mobile keeps its agreements,” the company wrote. “We have paid every bill on time or early, and kept every obligation we owed.  Despite this, our growing mobile business was eliminated as a result of “decisions” made by our upstream providers, not us.”

Opinion/analysis on this subject will be found on our subscription site, Delimiter 2.0, on Friday morning.