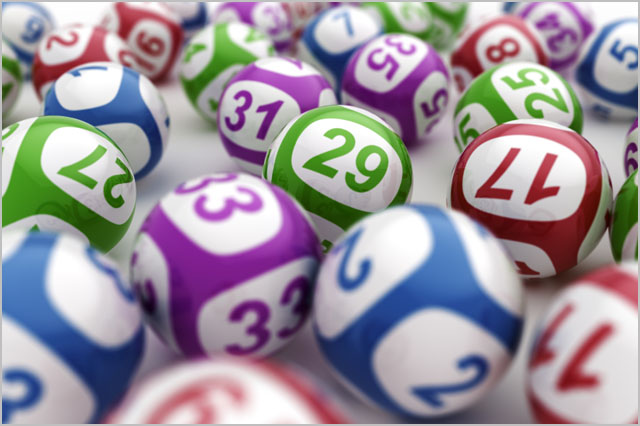 news New Communications Minister Anthony Albanese has issued a statement damning the controversial fibre on demand proposal contained in the Coalition’s rival National Broadband Network policy, stating that Australians shouldn’t have to take part in a financial and technical “lottery” to obtain the same fibre service which they would get for free under Labor.

The Coalition’s rival NBN policy, unveiled in mid-April this year, will see most of Australia covered by fibre to the node technology, where fibre is extended from telephone exchanges to neighbourhood ‘nodes’. The existing copper network will be used to deliver the last mile to home and business premises, but the rollout is expected to significantly boost broadband speeds and availability, with the Coalition pledging minimum speeds of 25Mbps by the end of its third year in office, if it wins the upcoming Federal Election, and 50Mbps by the end of its sixth year.

Subject to certain conditions, one additional feature of the policy will see the Coalition offer Australians the choice to upgrade their connection to fibre to the premises as under Labor’s existing NBN policy. The Coalition believes it will be possible to offer this kind of service on a similar basis as it is offered in the UK, where wholesale telco BT Openreach is offering so-called ‘fibre on demand’ extension services at a price depending on how far premises are from their nearby node.

Speaking on Sky News last week, Shadow Communications Minister Malcolm Turnbull rejected ongoing claims made in Labor advertisements that the cost of the Coalition’s fibre on demand services would be as much as $5,000. Turnbull was asked by Sky News host David Speers if the Liberal MP could “guarantee that final connection if people want it won’t be as much as $5000”.

In response, Turnbull stated: “Well we haven’t set a rate for it but I can tell you that the typical distance from one of these nodes, the average distance would be around 500 metres. And I can only give you the example from the UK the cost of getting fibre on demand is around £1500 which I think would work out at around $3000. So it is not $5000.”

“But the reality is, David, this is just Labor misrepresenting the facts,” added Turnbull. “The bottom line is people will be able to get, most people will get 50 megabits per second or better under fibre to the node, no one will get less than 25, some people will get up to 100 mbps. It is a very robust technology so there is not going to be much if any demand for residential areas.”

In a media release issued late last week, Albanese jumped on Turnbull’s comments, claiming they represented evidence that the Coalition planned to “slug Australians up to $5,000 to connect to superfast broadband”. “The Coalition has confirmed that Australians would be forced to pay up to $5,000 to connect fibre direct to their home or business if they win the election,” said Albanese.

“Labor’s National Broadband Network will deliver fibre to the home to 93 per cent of Australian premises with no connection cost. Malcolm Turnbull told Sky News that if Australians wanted the same superfast broadband under the Coalition: ‘that would be a charge of some thousands of dollars’. When asked directly to guarantee that the charge would not be as much as $5,000, Mr Turnbull said: ‘Well, we haven’t set a rate for it.'”

Albanese added: Mr Turnbull went on to give an example of a fibre-on-demand service from the United Kingdom: ‘The cost of getting fibre on demand over that distance (500 metres) is 1500 pounds, which I think would work out about $3000.'”

“This confirms that Mr Turnbull’s plan is modelled on BT in the UK, which charges up to $5,000. Mr Turnbull also admitted that most households would not want to take up this service. That is not surprising seeing that they would be slugged ‘several thousands of dollars’ to connect to superfast broadband. Labor believes access to high-speed, reliable, and affordable broadband is an essential service, like water and electricity. It shouldn’t be a lottery that depends on how much money you have or how close to node you live.”

Turnbull’s complaints about Labor’s advertising on the issue appear to be based on the fact that throughout the past several months, a number of Australian Labor politicians, including then-Prime Minister Julia Gillard and then-Communications Minister Stephen Conroy, publicly claimed that the cost of the Coalition’s FTTP on demand service will be exactly $5,000, with the implication that unless Australians pay for this fibre extension cost, they will be getting broadband little better than that offered today on Telstra’s existing copper network.

Fact-checking site Politifact Australia has fact-checked this specific claim (as made by Gillard at the time), and found it to be “mostly false”, due to the fact that Gillard’s wording stated the cost was precisely $5,000 per premise, and that it also implied that those who did not pay $5,000 would not be connected to the Coalition’s NBN broadband infrastructure at all. In fact, they will be, and the cost of the Coalition’s FTTP on demand service has not yet been precisely set.

Albanese’s comments last week appear to represent the fact that the Communications Minister has settled on more precise wording for Labor’s attack on the Coalition over the issue — with the Minister specifically including the phrasing “up to”, not precisely $5,000, and also avoiding the claim that those who don’t pay the extra fees will not be connected to broadband at all.

The news comes as Labor’s new cadre of frontbenchers representing the communications portfolio — Communications Minister and Deputy PM Albanese, Minister Assisting for the Digital Economy Kate Lundy, Regional Communications Minister Sharon Bird and Parliamentary Secretary for Broadband Ed Husic — have increasingly been going on the attack when it comes to the Coalition’s rival broadband policy, since they were appointed last month.

Last week Albanese a pick axe to the Coalition’s rival NBN policy, describing its reuse of portions of Telstra’s copper network as “bizarre” and “neanderthal”, while this week Bird labelled comments made by Opposition Leader Tony Abbott on the rollout of the NBN in Tasmania as a deliberate attempt to deceive residents and businesses in the state. Husic has also publicly debated Turnbull in an event in Darwin, and Lundy has also been actively touring the community with NBN-related events.

opinion/analysis
Several weeks ago I took strong umbrage at Labor’s election advertising around the NBN. At the time I wrote:

“It pains me to say it, but the Coalition is completely right to feel like Labor is unfairly taking the electorate for a ride here. Many of the statements and advertisements being put out by Labor politicians at the moment drastically misrepresent the Coalition’s NBN policy and even Labor’s own NBN policy. Despite the fact that senior Labor politicians such as Stephen Conroy would clearly be aware of the nuances of both policies, they continue to make misstatements that mislead Australians about the issues.”

What we’re seeing here from Albanese is recognition of the fact that some of the Labor propaganda on this issue has gone a little far. Using Turnbull’s comments on Sky News, Albanese has nailed the criticism of the Coalition’s fibre on demand plans. And Albanese is precisely right to do so. There is a key, massive difference between the Coalition’s NBN policy and Labor’s: Labor’s policy is vastly technically superior. As I wrote shortly after the Coalition’s policy was released:

“Its critics are right; it betrays a tragic loss of long-term vision for Australia’s telecommunications infrastructure. Fibre to the node is a dead-end technology which will, in several decades, be already fading into memory. By investing in fibre to the node, the Coalition isn’t skating to where the puck is going to be, nor even where it is now. It is looking backwards, not forwards, and by doing so it is throwing away the opportunity for Australia’s economy to transition from digging things up out of the ground to a more sustainable knowledge-based export economy — you know, the kind of economy which countries such as Germany and Japan already have.”

Finally, Labor has gotten its messaging right on this one, and Albanese is definitely correct: If Australians want to gain the same broadband service delivery under the Coalition’s plan as they would under Labor’s, they will need to pay several thousand dollars more — and there will likely also be ongoing yearly costs ranging into the hundreds of dollars extra, if the Coalition follows BT’s model. This is a fundamental difference between the two policies, and Albanese is right to pursue it. Finally, Labor has the right wording on this one, and it’s good to see the Communications Minister of the day nailing the Coalition to the wall on what is, after all, an inferior policy.

Of course, there are also wider issues with the fibre on demand feature of the Coalition’s NBN policy. As I wrote on Delimiter 2.0 earlier this month (paywalled), for various reasons, if you examine the current state of the NBN project and its likely future, with reference to BT’s fibre on demand service, which the Coalition’s policy is modelled on, it is very likely that the fibre on demand option will just not be made available. In short, it is a pipe deam. As I wrote on Delimiter 2.0:

“What I want to do in this article is argue that the Coalition is wrong to even lay out fibre to the demand as a possibility to the Australian public at all. There is no doubt that the concept is a tantalising one; after all, who wouldn’t consider paying a little extra for fibre on demand, given the massive service delivery benefit it will bring? But in reality, it simply will not be possible for a Coalition Government to offer fibre on demand options to Australians any time within the short to medium-term; consequently the Coalition should simply delete this option from its rival NBN policy entirely.”

The fibre on demand option is proving a headache for Turnbull, and it will continue to do so. I suspect the Member for Wentworth is starting to question why it was included in the Coalition’s rival NBN policy at all.