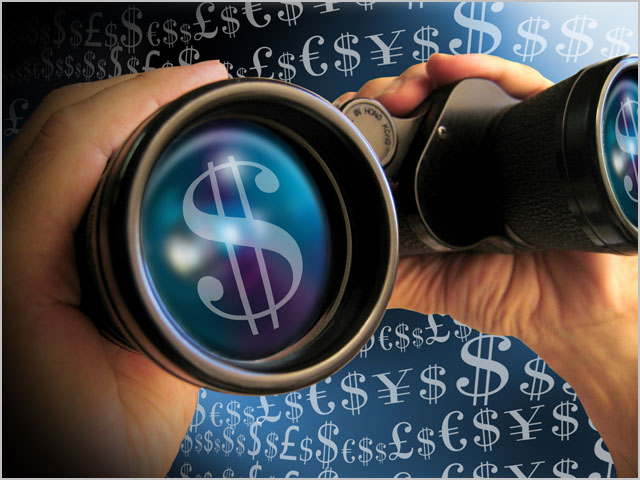 news Venture capital and private equity firm M. H. Carnegie has revealed it is preparing to launch an $120 million venture capital technology and innovation fund using local user interface and digital marketing firm Vivant as an incubation facility, in one of the more unusual such collaborations seen so far in Australia.

Vivant is also a new firm. Founded in 2008, the company sits at the nexus of user interface design, technology, creative content generation, marketing and advertising, particularly around mobile platforms. So far, it is probably best-known for having developed mobile platforms for the Commonwealth Bank of Australia (including the bank’s Kaching platform), Qantas and RP Data. The group has also recently expanded into new ventures, having worked on proximity marketing technology ‘Henry’ and also what appears to be a charity-focused web game, Jaro.com.

In a joint statement issued yesterday, Mark Carnegie said the collaboration would see Carnegie’s commercial and investment experience with ‘Vivant’s track record in fostering technological innovation’. “This is about helping clever Australian technology companies to hold their own globally and overcome impediments to scaling quickly,” the investor said.

Vivant CEO Anthony Farah said that the partnership would provide “a vital launch pad” for Australian businesses that pass the firm’s “rigorous development and commercialisation process”.

“Companies supported by this partnership will have significant backing, both financially and operationally. To take an entity from concept to commercial success goes beyond a cash handout,” Farah said. “Vivant will share our experience in identifying, developing and marketing breakthrough technologies with new businesses to help maximise opportunities and lower the risk for investors.”

“Firms and entrepreneurs working with Vivant Ventures will benefit from a dynamic and accomplished team of designers, developers and user experience professionals. The team is further bolstered by an experienced advisory board with an extensive global network,” he added. Vivant said it would announce a number of upcoming initiatives to find and fund Australia’s next generation of digital talent.

The amount of capital involved in the fund has typically been reported as $80 million, based on the media release’s statement that Carnegie would shortly launch an $80 million fund, “following a $40 million grant” from government agency AusIndustry, which has a co-funding program in place designed to boost investment in local innovative startups, dubbed the Innovation Investment Fund. The $40 million was initially announced by Industry Minister Greg Combet in March this year — with an additional $30 million each going to similar firms GBS Venture Partners and Innovation Capital Associates.

However, Carnegie told The Australian this week that the total funding for the fund would be “a total of $120 million”.

It’s not clear precisely what the mix of businesses which Carnegie will be looking to invest in as part of the fund. The Government’s IIF funding specifies that investments should be made in innovation and technology-based companies, but this label can actually apply to areas such as biotechnology as well as traditional web or IT startups. Carnegie said in this week’s media release that “digital technology” was a “major investment thematic of the fund”.

The news comes as others in Australia have also recently launched major new technology startup funding initiatives. One example is Blackbird Ventures, a new $30 million fund launched in April and backed by the founders of successful Australian technology companies such as Atlassian, Campaign Monitor and Aconex. It also brings together the startup incubator Startmate and existing venture capital fund Southern Cross Venture Partners.

The news comes as not everyone has been as optimistic as Blackbird about the strength of the Australian investment scene for technology startups. In controversial comments also aired in March, Freelancer.com chief executive Matt Barrie declared the local VC sector “dead”.

opinion/analysis
The first thing that I want to say about this Carnegie/Vivant effort is that it’s enormously positive on the whole. This is a LOT of money, levels which we haven’t really seen in Australia for some time, and it indicates that a mainstream investor, in fact, one of Australia’s highest-profile investors by any measure, believes in the long-term future of Australia’s IT startup sector and wants to help develop it.

This new fund, coupled with the March IIF announcements and the Blackbird fund, means Australian technology companies looking for medium levels of capital in Australia (that is, amounts even into the tens of millions) suddenly have quite a few options they didn’t have before. God only knows we’ve heard enough whinging about there not being enough funding in Australia in the mid-level funding range (above $1 million or so, there having been plenty of options below that having opened up over the past few years). Carnegie’s announcement singlehandedly does much to help plug that gap, and that is a very, very good thing.

However, there are also reasons to be a little concerned here.

Firstly, it doesn’t appear as though Carnegie himself, unlike many of the big shot VCs in Silicon Valley, actually has much experience dealing with fast-growing technology companies. In fact, he bluntly admits this fact in this excellent interview with The Australian, which I recommend you read. It’s part of the rationale for partnering with Vivant.

However, it’s also possible to argue that Vivant itself doesn’t have a huge amount of experience in this area. The company’s major engagements so far appear to have been with major companies such as the Commonwealth Bank, Qantas and RP Data (owned by CoreLogic, a massive US corporation). As anyone who’s worked in startups or small business will tell you, dealing with these major corporations is a world away from developing startups. These are fundamentally different types of businesses and work.

Those startup ventures which Vivant has developed — Henry, Jaro and a VIP online booking platform dubbed ‘Roller’ — appear to be quite new.

Then too, Vivant itself doesn’t quite have that technology incubator feel about it — it’s not rough and ready like similar incubators such as Pollenizer. If you examine its web site, you might get the feel, as I did, that its genesis came more from the digital marketing and advertising world, than the technology development world.

Now, all of this sounds quite pessimistic, and rightly so. I’ve been reporting on Australian technology startups for many years, and I’ve seen countless ones fail and only a handful succeed to the point where they become important companies in their own right. Usually the moderately successful ones are acquired early by multinationals for amounts in the low millions, and the founders go into semi-retirement.

There will be failures, but it is entirely possible that Carnegie and Vivant will snuff out some promising groups locally and take them to the next level. All it takes, as we saw with Pollenizer’s work on Yahoo!7 acquisition Spreets, is a few decent successes for enough funding to be garnered to keep the ball rolling and expand the whole thing to new areas. Plus, Carnegie already has a large pot to play with. Small or even moderate investments will be a piece of cake.

In addition, although he’s claiming innocence at this point, we suspect that Carnegie himself — rightly classed as a master financier, one of the best around — knows a good thing when he sees it, and this principle will likely apply to technology firms as much as it has to other industries in the past. And there is no doubt that the veteran will, or probably already has, put a crack team around him to help with the new ‘digital’ fund.

For its part, Vivant looks like it has plenty of youthful energy and talent, plus a few wise heads. It certainly has the nous to deliver good UX on mobile and web apps, which is most of where the emerging technology startups are these days.

If I was advising Carnegie, I would direct him slightly away from where many people think all the action is right now (in mobile apps). Mobile apps are nice, but what really early thinkers in the US technology startup scene are a lot more obsessed with right now is augmented and virtual reality. The first really amazing apps to take advantage of emerging platforms such as Google Glass (and its inevitable iClones) and gaming wrap-around headpiece Occulus Rift are going to be hot property indeed, and this kind of hyped early stage technology is where valuations on the first few successful partners on such platforms can jump up very rapidly.

Given Carnegie’s self-admitted lack of background in the area, the other thing I could recommend the investor to do is take the approach which some other incubators/investment groups are taking in the US, and invest in a lot of companies with moderate packages, rather than a few. I believe there was an example recently where some of the US VCs just started blanket investing in startups which had passed through basic incubation programs such as offered by Y Combinator. This blanket approach — while intuitively crazy — has started to make sense in some contexts in the US, as it removes much of the always fallible human factor from investing, on the principle that at least a couple of the group (usually not the ones you expect) will do well enough in the long run to justify the early investment in the rest.

For now, we remain cautiously optimistic about this, one of the largest VC funds Australia’s technology startup industry has seen for some time. If you’ve got a rapidly growing technology startup and want to take it to the next level, you know who to get in touch with. The door is clearly open. It’ll be fascinating to see how the fund fares over the next decade or so.