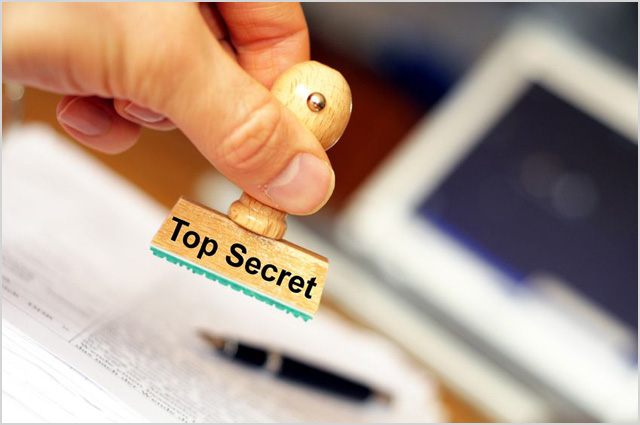 news The Federal Government has acknowledged that a third agency, beyond ASIC and the Australian Federal Police, has been using the Telecommunications Act to unilaterally block certain websites, with bureaucrats refusing to disclose which agency was involved, apart from stating that the issue was “a national security matter”.

Several weeks ago the Federal Government confirmed ASIC, the financial regulator, had started requiring Australian Internet service providers to block websites suspected of providing fraudulent financial opportunities, in a move which appeared to also open the door for other government agencies to unilaterally block sites they deemed questionable in their own portfolios.

The move is based on the use of Section 313 of the Telecommunications Act, which allows government agencies to ask ISPs for reasonable assistance in upholding the law, a mechanism which is also being used for the Government’s limited Interpol-based filter to block child abuse material, under the auspices of the Australian Federal Police.

However, the law is not usually used to block websites, and there appears to be no public oversight of the process which ASIC is using, no appeals mechanism, and no transparency to the public or interaction with the formal justice system. ASIC’s action came to light after the regulator in April blocked several sites suspected of providing fraudulent investment information, but also resulted in the inadvertent blockage of some 1,200 other innocent sites. It has since emerged that ASIC has blocked “numerous” sites over the past nine months.

The news was immediately greeted with alarm by a number of political groups and digital rights lobby organisations, which expressed concern that ASIC’s move could herald the covert return of the Federal Government’s previous mandatory Internet filtering scheme, which the Government abandoned in November last year. Commentators immediately called upon the Government to reveal how widespread the blocking practice was, and the news spurred journalists and activists to file Freedom of Information requests in an effort to ascertain the full extent of the situation.

However, Communications Minister Stephen Conroy interjected in the questioning and refused to answer further questions about which specific agency or department was involved, requesting that Ludlam pose his questions on the issue to the Attorney-General’s Department directly.

In a separate hearing this morning, Ludlam posed similar questions to the AFP about the issue, at a hearing attended by bureaucrats from the Attorney-General’s Department, such as departmental secretary Roger Wilkins. “There’s one other agency also using it,” Ludlam said. The full video is available online. “Could someone at the table illuminate me as to who that is?”

The comment is likely to raise fears that spy agency the Australian Security Intelligence Organisation was the agency involved in the blocking activity, as it falls under the purview of the Attorney-General’s Department. However there are also a large number of other agencies under that portfolio; listed here on the website of the department.

The hearings did produce some good news for those concerned about the potential abuse of the website blocking power by law enforcement agencies. AFP deputy commissioner Michael Phelan told Ludlam that although theoretically the AFP could add additional categories of content to its website blocking activities — such as websites which it believed infringed copyright — it was concentrating its efforts at the moment on blocking child pornography sites, because it believed the use of Section 313 notices in this manner was effective.

“We can’t do everything to everybody,” Phelan said, with respect to other categories of content, noting that the AFP was choosing not to seek to block other categories of sites. “At this stage we’ve made a very conscious decision to use these rather intrusive powers to do this particular thing at this stage.”

opinion/analysis
Wow. So now we have an un-named “national security” agency unilaterally blocking an un-named website, and nobody with knowledge of the matter — not Communications Minister Stephen Conroy, not the secretary of the Attorney-General’s Department — will comment on who that agency is, why it’s ordering websites blocked or what those websites are. This would appear, on the face of it, to meet the definition of constituent elements for a police state. Secret censorship — so secret that we don’t know who was involved, what was censored, or why. Nice. And this is Australia.

Let’s not forget that ASIO is immune to the Freedom of Information Act, so there is literally no official way of finding out if it definitely was ASIO in this case.

I’d just like to point out at this point, if I may, the flimsy nature of the transparency around this issue in general. The fact that other agencies than the AFP are actively blocking websites using Section 313 of the Telecommunications Act only came to light because a handful of activists and journalists pursued the issue — none inside the mainstream media or in large organisations. Nobody from within the system. And we only know a little more because one Senator with a quirky passion for Internet censorship issues — the only politician with that passion in the Parliament — pursued the issue doggedly through the Estimates hearing process.

And we probably wouldn’t even know this much if AGD secretary Roger Wilkins — referred colloquially in Canberra circles as “the bowtie” due to his dress habits — hadn’t dropped a few sentences on the issue, the minimum possible that he could have said, in response to Ludlam’s dogged pursuit of the truth.

Such thin protections — paper thin — are the only reason we even know about this situation. On such shaky pillars does our freedom lie. And that’s something that bears thinking about for a bit. The question of how to make sure those protections are strengthened in future is a serious matter for our democracy.