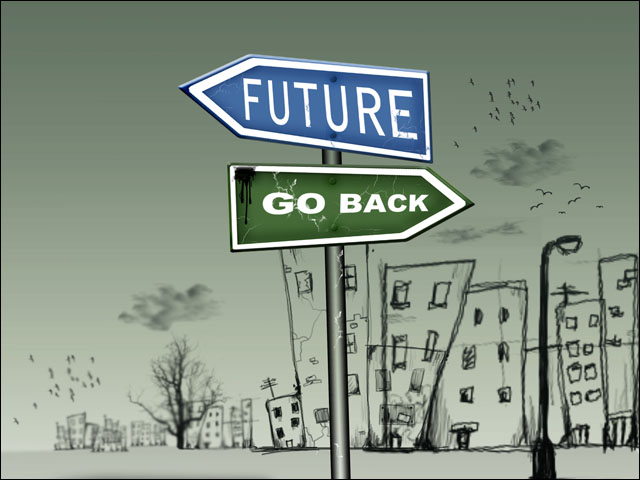 This article is by Liz Minchin, Queensland Editor, The Conversation. It includes comments by Terry Percival, director, Broadband and the Digital Economy at NICTA, and Dean Economou, technology strategist at NICTA, as well as Mark Gregory, Senior Lecturer in Electrical and Computer Engineering at RMIT University. It first appeared on The Conversation and is replicated here with permission.

analysis The federal Coalition’s new A$30 billion plan for “fast, affordable” broadband is a quick-fix strategy, which is likely to cost more and be less reliable long-term, according to experts.

Launching the plan at Fox Studios in Sydney, shadow communications spokesman Malcolm Turnbull promised “this [the Coalition’s policy] will deliver all of the services that Australians want online, but it will do so sooner and cheaper” than Labor’s current National Broadband Network (NBN).

Mr Turnbull conceded that homeowners and some businesses wanting the fastest possible internet access would have to pay thousands of dollars to upgrade their home from a neighbourhood fibre to the node connection, to having a fibre internet connection direct into their homes.

But he and Opposition Leader Tony Abbott defended the user-pays charges, saying the plan would save billions of dollars, make it possible to complete the national broadband rollout by 2019, two years sooner than under Labor, and that most Australians would find their internet speed more than adequate under the Coalition.

NBN Co’s goal is to deliver speeds of up to 1000 megabits per second to 93 per cent of Australian homes and businesses by 2021, with the remaining 7 per cent on slower fixed wireless and satellite connections. But Mr Abbott dismissed the need for that much speed. Using the example of a home with four people streaming four high-definition movies or sports shows, he said: “We are absolutely confident that 25 megs is going to enough, be more than enough, for the average household”.

Mr Abbott also promised three inquiries if elected in September: a commercial review of the NBN, to be completed within 60 days; an audit of Labor’s current NBN rollout; and an independent study about future broadband needs. The Coalition says its basic broadband plans would be cheaper than Labor’s, estimating a typical household would pay A$66 a month for access in 2021, versus A$90 under Labor’s NBN.

Experts respond
However, some experts warn that spending less today to build a national broadband network is likely to mean expensive fixes in future and less reliable services.

“The Coalition is taking a very short-term approach that ultimately is going to cost Australia far more in the long-run,” said Mark Gregory, a senior lecturer in electrical and computer engineering at RMIT University. “All the advice from people in the industry and from academia has been for the Coalition to not go down this path. So my question is, why have they decided to ignore all that advice?”

Dr Gregory has been an outspoken critic of the “glacial” pace of the NBN’s construction. Yet he said he backed the government’s plan ahead of the Coalition’s, because “it’s not going to put Australia in the position of having to catch up with the rest of the world in the future”.

He also predicted that the Coalition would run into major delays with its “faster” rollout, like having to renegotiate with Telstra. “I don’t personally see them being able to negotiate with Telstra in under two years,” Dr Gregory said. “It took NBN Co 18 months to do it, and there’s no reason for Telstra to move at a faster pace for the Coalition.

Speed limits
World-leading broadband expert and one of the inventors of Wi-Fi technology, Terry Percival, said: “Whatever the technology we end up using, we know that Australia will be consuming more and more data as time goes by – as the latest internet usage figures from the ABS indicate.

“Data will drive Australia’s future economy. As Australia transitions into a more internet-based economy, how data is used, exchanged, uploaded and downloaded will become more important – whether it’s for large or small businesses at home, providing home health services and consultations or making better use of collective infrastructure like smart grids to save power.”

New Australian Bureau of Statistics released yesterday show that the total volume of data downloaded over the internet in the December 2012 quarter was 33 per cent higher compared to the June 2012 quarter.

“When we invented Wi-Fi technology capable of 100 megabits per second in the 1990s, everyone said we were crazy and no one would need that speed. Now you can buy 300 megabits per second Wi-Fi at any electronics store,” said Dr Percival, the director of NICTA’s Broadband and Digital Economy Business Team. “The point is that if you’re using copper to deliver broadband to the home, it’s almost impossible to conceive of going above 100 megabits per second, it’s pretty much a hard limit.”

NICTA technology strategist Dean Economou said to put the local debate about internet speeds into a global context, Google is running a trial in Kansas City already offering 1000 megabits per second internet plans. Dr Economou said the next generation of technology on its way to Australia, including high-definition smart phones and internet-connected televisions with dramatically better screens, would keep driving up file sizes and data use.

“The Japanese are working on a television with eight time the resolution of a current high-definition screen, and the human eye can deal with resolution hundreds of times that too. So there’s not really an end point in sight to this,” Dr Economou said.

A 2011 NICTA submission to the Inquiry into the National Broadband Network charted typical modem speeds in recent decades, jumping from 300 bits per second in 1984 to 31 megabits per second with a cable modem in 2010, a 100,000-fold increase. If current trends continue, NICTA forecast that by 2020 it was conceivable some users would consume 1000 megabits per second.