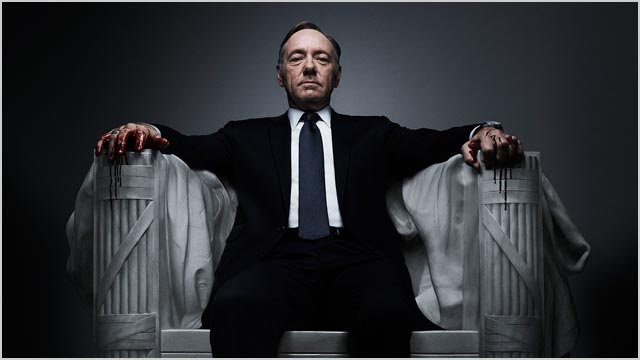 news Netflix’s remake of the popular British TV series House of Cards is set to debut in Australia on the on-demand platforms of local pay TV giant Foxtel, the company revealed this morning, as debate continues to swirl about the timeliness of US content releases in Australia.

House of Cards debuted on the US-based IPTV service Netflix on February this year. The series was notable because it was one of the first TV series with high production values and top-level stars such as US actor Kevin Spacey to be entirely distributed online through Netflix’s Internet platform, instead of through cable television in the US, as is the norm for such shows. Netflix bid for the rights for the show and distributed it online in one hit — avoiding the traditional method of showing one episode a week.

In a statement issued this morning Foxtel revealed the show would premiere in Australia on its Foxtel Go mobile platform, its Foxtel On Demand IPTV platform, and on its normal ‘showcase’ channel. All three platforms require an active Foxtel subscription.

“Foxtel iQ customers who have their set top unit connected to the internet and subscribe to showcase will be able to download every episode of the series On Demand and watch when suits them.”

Brian Walsh, Foxtel Executive Director of Television said: “The Netflix strategy for the House of Cards release recognises the online audience is hungry for content to watch either all at once, or at a time that suits them. By offering the complete first season to our own online customers on Foxtel Go and On Demand we are providing Australian audiences an alternative to broadcast viewing and giving them the option to watch the entire series when they like.”

Mark Young, Senior Vice President of Distribution for Sony Pictures Television in Australia added, “House of Cards brings together the best talent in front of the camera and behind the scenes to create a riveting, unforgettable story that has wowed audiences and critics alike. We are excited to be partnering with Foxtel to bring this much-talked-about series to Australian viewers.”

Upon its exclusive all episode debut on Netflix, lead actor Kevin Spacey said: “We want our audience to be more intrigued and to want to know more. It’s sort of the way that audiences are watching TV now. They consume in large chunks. They stay home all weekend and watch three seasons of Breaking Bad. And I think that we are primed to fit in that particular wheelhouse.”

The news comes as debate continues to swirl regarding the availability of the top US content in Australia. This week, analysis by file-sharing news site TorrentFreak showed that Australia continues to be the world’s most enthusiastic nation globally in terms of illegally downloading HBO’s hit TV series Game of Thrones, despite the fact that the series was made available legally, cheaply and in high quality in Australia shortly after it was broadcast in the US, through both the Foxtel and iTunes platforms.

opinion/analysis
Well, this is great news for Foxtel customers, but it’s honestly irrelevant news for everyone else. House of Cards is no doubt one of the most pirated TV shows in Australia at the moment, due to the fact that Netflix has not allowed it to be distributed locally. Nice one, Netflix. Couldn’t you just have allowed Australians to download House of Cards via a platform such as iTunes, at least? That would have given locals at least one decent legal option to get the show.