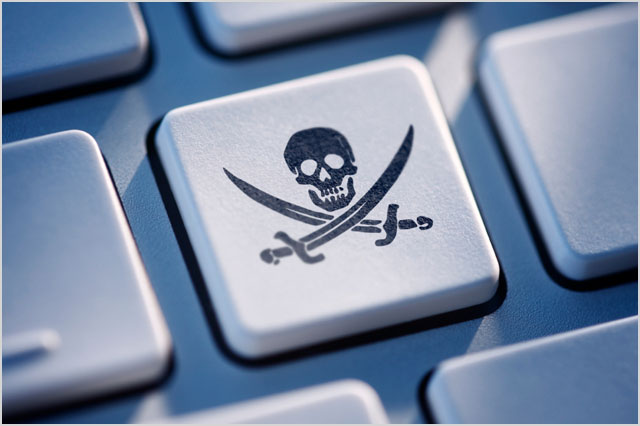 news Australia’s peak music industry organisation has claimed that the rollout of the National Broadband Network could have “disastrous results” for the local music industry due to the lack of “graduated response” or “site blocking” processes to stop the “serious problem” of Internet-based piracy of music.

This week the International Federation of the Phonographic Industry released its annual report card on the global music industry. The report was broadly positive, finding that global recorded music revenues were up 0.3 percent in general, “boosted by downloads, subscription and other channels”. Digital revenues in particular were up nine percent, with “major music services” now open in more than 100 markets.

“The global recorded music industry is on a path to recovery, fuelled by licensed digital music services and rapid expansion into new markets internationally,” IFPI said in a statement. Frances Moore, chief executive of IFPI added: “It is hard to remember a year for the recording industry that has begun with such a palpable buzz in the air. These are hard-won successes for an industry that has innovated, battled and transformed itself over a decade. They show how the music industry has adapted to the internet world, learned how to meet the needs of consumers and monetised the digital marketplace.”

However, the report also stated that more needed to be done to tackle the issue of online music piracy.

“Despite the optimism, key barriers to further growth remain – the biggest being unfair competition from unlicensed music services,” IFPI’s statement said. “Governments have a key role to play in addressing this problem. The key priority remains to secure effective cooperation from intermediaries including advertisers, ISPs and search engines, who have a major influence on levels of copyright infringement.”

Associated with the report was a separate document constituting a “case study” (PDF) with respect to the Australian music industry specifically. As with the global trend, Australians were also adopting more digital music services and purchasing more music online.

“This digital growth was spurred on by increasing access to new and established digital music download services, particularly via mobile, coupled with the long anticipated introduction of music streaming services into the local market. Music fans down under had patiently watched and waited as various streaming services were established in other territories around the world. However 2012 proved to be the watershed year, as services such as Spotify, Rdio, Deezer, Samsung Music Hub, JB Hi-Fi Now and MOG all entered the Australian market, with further services expected to arrive in 2013.”

However, the report also warned of a darker side to the growth.

“The digital revolution currently underpinning the healthy resurgence of the local industry shows no sign of abating with the continued roll-out of the Federal Government’s National Broadband Network (NBN) in 2013 with 90% of Australia’s population set to have access to high quality broadband internet within the next two years,” the report claimed; although it is not clear where it sourced that statistic from.

“However local rights organisations, including ARIA are concerned that whilst the new NBN opens up endless possibilities for local content industries, if more action isn’t taken by the Government and ISPs to curb piracy levels, the NBN could have disastrous results for the local industry.”

Later in the document, it claimed that digital piracy continued to be a “serious problem” in Australia, threatening investment in artists and further growth of the legitimate online music market, as Australia did not have what the document described as a “graduated” response process, or a process to “facilitate site blocking”.

The document noted that content owners in Australia across a number of areas had collaborated three years ago to seek a common solution to the issue of online piracy through creating a new group, the Australian Content Industry Group (ACIG). The document noted that ACIG had participated in a series of closed door discussions convened by the Attorney-General’s Department into the issue of piracy over the past several years.

The talks have broadly fizzled out, however, and some groups which had participated initially, such as ISP iiNet, have pulled out of the talks. The discussions have been controversial as they have been held behind closed doors, and the department has declined or redacted a number of Freedom of Information requests seeking to ascertain their content. Initially the department blocked consumer representatives from seeking to attend the talks, but relented on that issue after negative press coverage.

The music industry’s Australian case study document further noted: “ACIG participated in the series of roundtables convened by the Federal Attorney General’s Department to find a solution to this serious problem throughout the year. However, the decision by the High Court in the long running iiNet litigation illustrated the inadequacies of the Copyright Act 1968 (the Act) to address online infringement and it became clear that any solution would require amendments to the Act to ensure adequate protection online for creative content owners and those who invest in them.”

It also noted that a number of rights holder organisations had made submissions to the ongoing review of copyright legislation being undertaken by the Australian Law Reform Commission, and also that the music industry was also attempting to address the issue of music piracy by conducting an education campaign in schools entitled ‘Music Matters’.

“As part of the Music in Schools initiative, Music Matters developed an animation to support the ‘Music Count Us In’ program,” the document notes. “‘Music Count Us In’ is a national education campaign which is designed to raise awareness of the importance of music in education. Each year a new song is written for the campaign, by the students and a well-recognised Australian artist (Josh Pyke in 2012). School children around Australia then learn to sing and play the song, culminating in students across the country all performing the song on the same day at exactly the same time.”

The music industry’s claims that piracy is affecting its business are highly contentious and rejected by some segments of the community. For example, discussing the issue in a recent blog post, iiNet used a high-profile report published in February last year to push the argument that the overall global content ecosystem is booming and that content providers should stop trying to stop Internet piracy and instead focus on new business models.

The landmark report was published by Floor64, the publisher of Techdirt, a well-known global media outlet which often focuses on copyright issues in the context of the changing technological landscape.

“The sky is not falling; the facts outlined in the report clearly show that things have never been better for rights holders,” wrote iiNet regulatory chief Steve Dalby in a recent blog post, citing examples such as Valve Software, whose Steam online gaming store has been hailed by video game fans for its ease of use and ability to lure players back into the legal world and away from Internet piracy.

opinion/analysis
My personal opinion here is that I am simply flabberghasted at the ignorance shown in this report issued by the IFPI with the support of its Australian partners. I mean, the report itself shows that online channels are growing rapidly and rapidly replacing the traditional revenue models enjoyed by the music industry, a fact which has been true for a decade now after Apple first introduced its iTunes Music Store in April 2003. You’d think the fact that the iTunes store includes some 28 million songs worldwide and makes billions each year would be enough to show that this model works; and that’s not even counting streaming services such as Spotify and Rdio.

But to take the argument one step further and claim that the development of the NBN will have a “disastrous” impact on the music industry — when music files can easily be downloaded over existing broadband infrastructure, or even over dial-up! — is just fear, uncertainty and doubt creation of the highest degree and should be laughed off by any rational individual.

Just how much bandwidth does the IFPI believe is necessary to download a music album? Because I think anyone who used Napster a decade ago would be able to assure the music industry that it’s possible with download speeds measured in the low kbps — you don’t need anywhere near the 12Mbps minimum speeds provided by the NBN, nor is there any reason to expect that piracy would increase to disastrous levels under the NBN. If anything, the current trend shows that more people will buy more music online under the NBN — and there’s even evidence these days showing that piracy of a company’s products can even lead to higher long-term adoption of those products.

Simply incredible that these kinds of claims are still being peddled by the music industry.