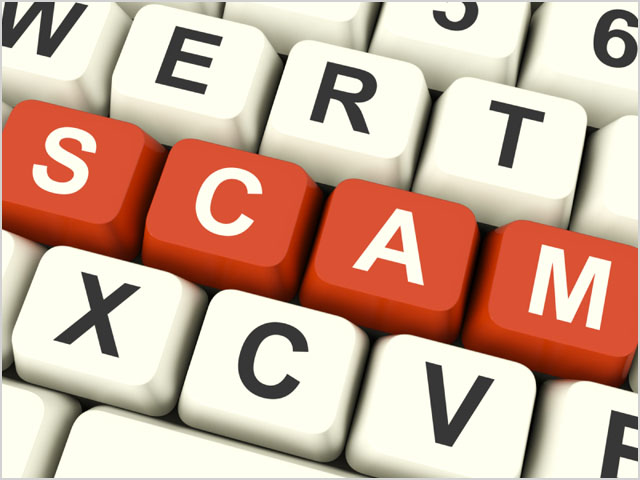 analysis The infrastructure being deployed as part of the National Broadband Network isn’t just for consumers; it will also be used extensively by businesses and non-profit organisations. But the business-focused NBN plans released so far don’t deliver on the network’s promise; being little more than more expensive versions of NBN consumer plans.

So far, most of the discussion around real-world usage of the NBN infrastructure has focused on Australia’s consumer market. Pretty much every Internet service provider of any kind (except TPG) has released their first tranche of consumer pricing plans on the network’s fibre infrastructure; discussions about streaming video and TV in the home are ongoing; and many, many accounts of the experience of the first consumers to sign up to the network have been posted online.

Partially in an effort to address this one-sided discussion, the National Broadband Network Company had a huge product launch this week, focused on how the network can be used for business purposes. Telcos focused on the business market, such as AAPT and Macquarie Telecom, sent representatives and issued media releases loudly proclaiming their commitment to the NBN business market, and others hoping to get into the business scene in a bigger way, such as iiNet, also attended. Small business notabled such as Flying Solo founder Robert Gerrish and Peter Strong, executive director of the Council of Small Business of Australia, were trotted out to give speeched, and it appears as though the event went well for all concerned.

The only difficulty is … it’s hard to escape the impression that the whole event – in fact, the whole way which NBN Co and retail ISPs are communicating about the NBN for business right now – is pretty much just headline-grabbing fluff, without any substance.

The difference between consumer and business broadband plans has always been a bit nebulous to start with. If you go to the small business pages of ISPs such as iiNet, Telstra, Optus or others, what you’ll generally find is that they are virtually the same as the consumer offerings, but with higher pricing and sometimes lower quotas and a number of small, usually unnecessary add-ons, such as static IP addresses for broadband connections (presumably so you can host a server on the other end), upgraded support (generally unnecessary, when ISPs such as iiNet already provide around the clock support), security add-ons such as better spam and virus protection (again, usually unnecessary) and upgraded telephone and web hosting offerings. Sometimes more symmetric broadband speeds (which result in faster upload speeds) are also available.

As the operator of a small business myself (and one that requires constant, reliable broadband connectivity and web hosting to function), I’ve always found these offerings a bit anaemic. Why, after all, should I pay more for services I don’t really need, when the basic consumer-grade packages are usually more than enough? Yet, every time I do need to buy a new telecommunications service, whatever provider I am speaking to at the time will, as soon as they find out that I operate a business, attempt to shoehorn me into paying more for ‘business’ features which I probably won’t use.

I am very aware that I’m not the only small business operator who feels this way; nor the only one who habitually chooses ‘consumer-grade’ offerings by default; even when we’re talking about offices of up to a dozen people, ‘business-grade’ offerings often get ignored. It’s a different situation when you get up to the point of several dozen staff, of course, and also when you’re operating a large enterprise – at that point, standard packages usually become obsolete and you’ll probably find yourself negotiating a customised solution with a telco account manager.

The situation appears to have become even worse under the NBN, at least so far.

Take iiNet’s business-focused NBN plans, for example. If you compare them with the ISP’s consumer NBN plans, what you’ll find is that there are only tiny differences – the addition of a static IP address and more free email address, for example. And yet iiNet’s business-grade NBN plans are significantly more expensive. The most basic 12Mbps business plan costs $49.95 for consumers, but $79.95 for businesses, a moderate 50Mbps plan with increased downloads costs $74.95 for consumers but $104.95 for businesses, and the top-end 100Mbps terabyte plan costs $99.95 for consumers but $129.95 for businesses. $30 extra per month, just because your broadband connection is classified as “business-grade”? What a joke. Not happy, Michael Malone.

So what about a dedicated, business-focused telco like Commander? Unfortunately the situation is little better. The company’s NBN fibre plans released yesterday are similarly woeful, starting from $114.95 for a 50Mbps connection with a piddling 300GB of data (for a similar price in consumer-land, you’d get twice the speed and twice the quota), to a whopping $161.95 for the company’s ‘Business Fibre Plus with Enhanced Support’ option, which comes with a terabyte of quota and 100Mbps speeds.

Commander’s website contains very little detail about how it can possibly justify charging such prices, but it does list the fact that its business NBN plans come with “improved support coverage and restore times”; “Increased ability to support multi-line voice services and telephony applications giving customers access to multiple lines within their premises” and an enhanced service level agreement.

Now in an ADSL broadband world, you can imagine that there could have been some justification for these price increases. Businesses are more complex beasts than consumers, with more-demanding requirements, especially during business hours. Consumers can generally get by if they suffer a short-term broadband outage, and can wait a while to deal with technical support in a call centre, but businesses often don’t have these kinds of luxuries. And they also often need add-ons such as static IP addresses or hosting packages that consumers don’t.

But as I’ve previously written, the fact is that the NBN’re fibre will deliver such a massive fundamental increase in basic broadband service delivery that most of these issues will cease to matter when it is rolled out.

Dedicated business customer support, for example, and detailed service level agreements, will mean very little to NBN business customers, due to the inherent higher reliability of the NBN’s fibre network. When the network never goes down and is always as fast as you need it to be … why would you need to call technical support? Who cares what the SLA is, under those circumstances? And would the provision of symmetric broadband even be a desirable option, when even basic NBN 100Mbps services come with 40Mbps upload speeds?

And the same can be said of the other ‘features’ which ISPs are offerings businesses. Allocating a static IP, these days, should cost an ISP like iiNet literally nothing, so it can’t justify charging for it. The construction of the NBN will make it much easier for businesses to source great hosting and web-delivered applications either from service providers in Australia or overseas, and given that most businesses don’t even use their ISP-allocated email addresses, who cares whether you get ten or twenty?

Now, there is one possible avenue which retail ISPs do have to promote specific business services under the NBN: Voice services. And indeed, if you closely examine NBN Co’s narrative around its business offerings (PDF), this is pretty much the only differentiating factor which the wholesaler has pitched thus far to businesses. The company’s ‘NBN for Business’ product, it said in September and again this week, will allow ISPs to offer businesses the ability to run up to 50 voice services over its fibre network. It will also offer extended levels of support for ISPs as part of the package.

What NBN Co is hinting at here is the holy grail for businesses. At the moment, most businesses beyond a handful of seats currently run in-house PABX systems to deliver voice telephony services to their staff; even if that voice traffic is eventually trunked over an IP network when it leaves the business. This is necessary because of the fundamental failure of Australian ISPs to successfully launch remotely delivered voice over broadband products; with PABX-like services hosted virtually on the ISPs’ end, rather than the customers’ end. I don’t know as much of the specifics of this kind of service as I would like; but in general this is described as ‘hosted PABX’ or similar.

If Australian ISPs can master this functionality under the NBN, and offer it delivered remotely to customers, they will have a compelling service offering on their hands; especially if they can manage to integrate it well with quality of service functionality on the NBN’s network. Certainly I know in the range of dozens of small businesses who would be interested in this kind of thing. Businesses would like to buy voice services the same way they do broadband – with very minimal equipment on their own premises – but currently they usually can’t. However, it’s precisely this kind of thing – the ability to take small and even medium business telephony off business’s hands – that none of the current crop of NBN business ISPs seems to be offering.

I can think of a host of other NBN-related packages which small to medium businesses would also be highly interested in buying from ISPs. Anything involving backup or business continuity features, for example (made much easier in an NBN world due to much higher upload speeds) would go down well, and although we’re not a huge fan of Optus’ marketing partnership with Google Apps (why use Optus’ version, instead of going straight to Google?), we can’t help but feel as though a single, one-stop shop billing solution for a combination of telco services and software as a service platforms (collaboration, CRM, billing and so on) would go down well in small business. And of course almost every small business also uses mobile technology at this point; why aren’t we seeing bundled NBN packages with mobile?

In all of these areas, perhaps the technology isn’t ready yet; perhaps there’s no margin; or perhaps it’s all just too experimental on the NBN network and NBN Co itself hasn’t yet gotten its business product offering to the right place yet. I’m not quite sure, although I’m sure retail ISPs are thinking about some of these issues.

But one thing I do know very well. Especially when you consider the basic service delivery improvements which the NBN will bring, no Australian business will be attracted to NBN packages which are just more expensive versions of consumer offerings. What they do want is to be able to confidently ditch their in-house PABX platforms for outsourced equivalents that they don’t have to administer themselves, and all the better if they can bundle additional services like mobile, backup and perhaps SaaS services in as well. Now that would be an NBN business package which we could all get behind.