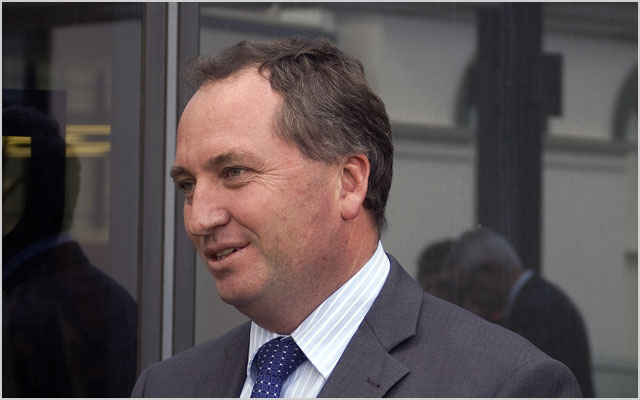 blog Think all elements of the Coalition have always been irrevocably opposed to Labor’s ambitious National Broadband Network project? Think again. Back in April 2009 when it was first announced by Prime Minister Kevin Rudd, the good Senator Barnaby Joyce issued a media release supporting the idea – in fact, strongly supporting the idea. The media release issued at the time (and recently re-circulated to your writer by some helpful readers) stated:

“How could we disagree with something that is quite evidently our idea,” he said … “It is vitally important that the National Broadband Network gets to the corners of our country where the market has failed, at a price that is both affordable and a service that is comparable.”

Senator Nash said that the Nationals’ plan recommended that the government retain a stake in the telecommunications infrastructure by making a capital investment in a broadband network.

“A business consortium in 2004 approached the Page Research Centre with a preliminary costing of $7 billion to roll out the infrastructure with a view to it being completed in five years. The plan then was to roll out fibre optic cable which the government would lease to service providers including Telstra. With the government controlling this part of the infrastructure, it would remove some of anticompetitive practices and create a transparent pricing regime.

“As I said in 2005, rolling out fibre optic infrastructure across Australia would be like a Glass Snowy, Mr Rudd has used the same analogy today.”

To me what this statement by Joyce and Nash at the time illustrates is that the NBN does have the potential to be a bi-partisan policy, supported by all the major parties, but that that possibility is currently being bedeviled by the extremely negative political environment which Australia is suffering under. Certainly these statements are a far cry from the ridiculously inaccurate claims which Nationals Leader Warren Truss has recently been making about the NBN.

Why, Nationals voters should be asking their representatives, did the Nationals abandon their support for this kind of initiative, falling in line with the Liberal Party’s views on the issue? Why didn’t the Nationals push for a compromise situation, where the NBN policy could have come a little closer to the Liberal viewpoint while maintaining the policy elements which Labor, the Greens and the Nationals all agreed on? It’s a decade-long project worth tens of billions of dollars, after all. It seems appropriate that the effort be made.