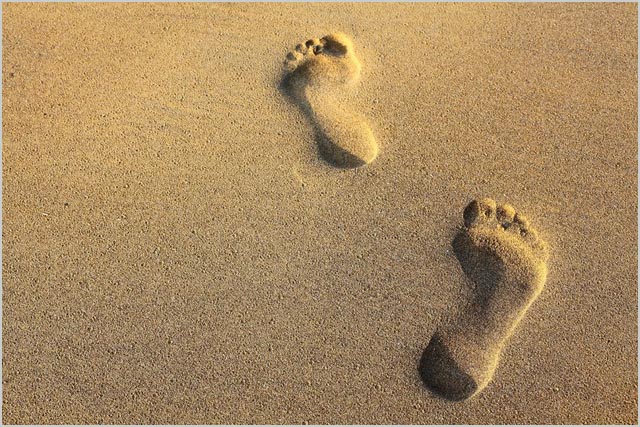 news Business service management software vendor BMC has revealed that broadcaster SBS is expanding its use of the company’s Footprints platform into departments beyond its IT support helpdesk, following a successful deployment of the system some three years ago.

In a case study and associated media release issued this week, BMC noted that SBS had deployed Footprints, an IT service management platform, some three years ago in a quest to modernise its IT helpdesk and manage the IT support provided to its 1,300 staff. According to the case study, SBS was previously using a different IT helpdesk system, the name of which BMC didn’t disclose, to manage the between 25,000 and 30,000 calls annually which the desk logs. The service desk provides SBS with a single point of contact for a range of IT requirements, ranging from incidents to change requests and configuration changes.

However, the case study noted, that previous platform relied on users logging their own problem requests. “The system required a lot of manual data input,” it states, “and many users weren’t willing to spend their time keying in their requirements.” The software was also proving problematic for SBS’s IT staff, with the broadcaster describing the software as being complex and cumbersome from an administrative perspective. Rick Jordan, IT Support Manager at SBS, points out that without the right information being entered, “we weren’t able to accurately report support demands to the business.”

The broadcaster examined the market for IT service management solutions and picked BMC. According to Jordan, the platform was easy to implement. “The biggest thing when we looked at different systems was the proof of concept,” Jordan wrote in BMC’s case study. “We engaged in a trial with BMC FootPrints and had a working help desk proof of concept up and running within six minutes. It was amazing. We’d been quoted many days of consultancy and training by competitors and here was this system that gave us an extraordinarily rapid turnaround.”

According to the case study, the results post-implementation were quickly apparent, with the same number of support tickets hitting the new system in the first four months as had arrived in total through the old system, making SBS’ team realise how many requests hadn’t been recorded in the past.

Since the implementation, SBS’ IT team has been able to obtain a more accurate measure of its workload and can better monitor the nature of requests. The staff run through reports from the system weekly. “This has enabled us to start doing some analysis about the key problems being experienced within the business,” said Jordan. “We can see issues that different departments may be experiencing, and we can work with those departments to resolve problems by delivering workflow enhancements, more education or assistance. The information is also giving the broader business visibility into what we are working on.”

The system has also had an impact on SBS’ IT support processes. “It has helped us to do things smarter,” Jordan said in BMC’s case study. “Instead of having eight people running around doing different things for one problem, we’ve analysed our internal processes and improved our workflow.”

SBS now hopes to further examine this area over the next 12 months. “One of the features that I really liked when we first started looking at BMC FootPrints was its IT Infrastructure Library (ITIL) compliance,” said Jordan. “It has all the functionality that will allow us to easily start working on change management.”

In addition, Footprints is also gradually making its way into other departments at SBS. For example, it has replaced a manual system for handling customer complaints, delivering an automated system ensuring each complaint is fully documents and dealt with according to the broadcasting guidelines laid down by the industry regulator, the Australian Communications and Media Authority. The software has also been introduced into SBS’s Corporate Services department where it supports the building management helpdesk.

opinion/analysis
So far this article has read pretty much like a BMC Software press release and case study, and that’s no big surprise, because that’s what it was based on. However, I like to tell positive stories on Delimiter every now and then. Not every article has to be a tale of doom and gloom with relation to IT project failure, with cost blowouts, deadline extensions and poor project governance. Some do succeed, and this example at SBS appears to be a case in point.

Those of you who (like me) worked in IT through the early years of this decade and beforehand will remember that IT service management wasn’t always the streamlined experience which vendors like BMC have turned it into. In fact, I don’t think you’d have to go far in Australia to find sizable organisations where calling the IT support helpdesk for a fix still results in a post-it note being placed on someone’s PC monitor rather than an entry being filed in an ITSM solution and linked to your ID in the corporate directory. The bad old days are still around for some organisations.

This case study by BMC also illustrates a growing trend within IT departments. As these departments get gradually get control of the basic IT tasks, such as IT infrastructure stability and helpdesk volumes, they are able to re-allocate their internal staffing resources to handling more complex issues. When you’ve mastered server and enterprise application uptime, for example, you can move onto consolidating your server resources through virtualisation. When you’ve got your IT helpdesk under control, as SBS’ Jordan mentions, you can start working on implementing ITIL. When you’ve got your network stabilised, you can start looking at deploying unified communications, and so on.

In this way, IT support organisations all around Australia are gradually moving in the right direction as we understand the dynamics of enterprise IT more and more.

A perfect example would be the Department of Defence. Back in 2006, some of you might remember, this old warhorse of a department was having a great deal of problems just keeping its IT helpdesk under control, with its outsourcer KAZ (now part of Fujitsu) struggling. Remediating these kind of basic ‘hygiene’ problems was one of the first tasks facing the department’s new chief information officer Greg Farr when he stepped on board in April 2007 — and Farr publicly acknowledged that until he had resolved these kind of issues, Defence’s management wasn’t as willing to take higher value IT projects its IT proposed seriously.

On another note, for anyone currently looking at IT service management solutions beyond BMC, of course you can check out Gartner’s “Magic” Quadrant in the area, but we personally liked this thread on LinkedIn created by Steele Dimmock, an environment & release manager at Medibank Private. Dimmock asked members of the IT Service Management Forum LinkedIn group what the best IT service management software they had used was, and received some interesting — and occasionally non-mainstream — solutions. Highly recommended thread.