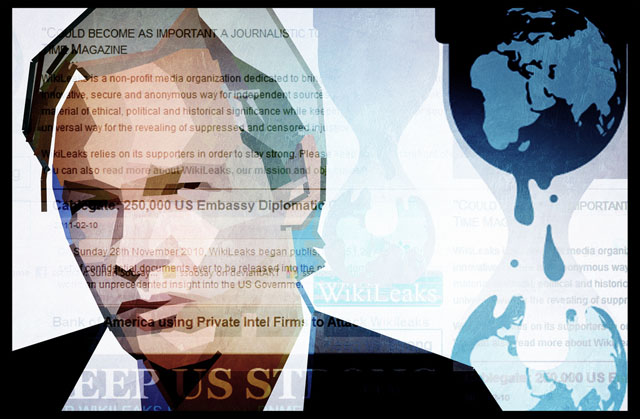 news The granting of political asylum by the Ecuadorian government to WikiLeaks founder Julian Assange puts pressure back on the Australian government to act, says leading QC and human rights advocate, Julian Burnside. The move comes two months after Mr Assange took refuge in the country’s London-based embassy. He is wanted for questioning by Swedish prosecutors over two sexual assault complaints.

Julian Burnside said the fact that Ecuador had granted Julian Assange asylum lent real credence to Mr Assange’s concerns about being extradited to the US. “Australia needs to stop being complacent, stop brushing it aside and have another look. Then they might do something constructive to help him,” Mr Burnside said.

He added that both Prime Minister Julia Gillard and Foreign Minister Bob Carr have ducked questions over whether they have asked America what its plans for Mr Assange are. “To anyone accustomed to cross-examination that would arouse suspicion,” Mr Burnside said. He said the next step is for the British to invite Swedish prosecutors to London to question Mr Assange on the sexual assault complaints.

“It’s not like he’s a convicted escaped criminal, he’s someone the Swedes want to ask questions of,” Mr Burnside said. “The British have a number of courses available to them. They could invite Swedish prosecutors to England to ask the questions. If that’s what really is at the heart of it then that’s what the British would be well advised to do.”

It’s difficult to think of any acceptable reason why they wouldn’t do that, Mr Burnside said.

Ecuadorian ministers have accused the British of threatening to storm the embassy in order to seize Mr Assange, in a move that could set a dangerous precedent. “To remove the accreditation of the embassy in order to be able to arrest him to send him over so the Swedes can ask him questions is bizarre beyond imagination,” Mr Burnside said.

Suelette Dreyfus, research fellow at the University of Melbourne, and author of a book on hacking that was researched by Julian Assange, agreed such a move would be “astonishing”. “The idea of throwing out a set of international treaties to storm the soil of another country to abduct someone, which I think is being put forward as an option by the British government is astonishing, breathtaking really, with very little precedent,” Dr Dreyfus said.

There is strong precedent, however, on whistleblowers being forced to face retribution in a case of what Dr Dreyfus said was “shooting the messenger”. Dr Dreyfus is currently researching whistleblowing, conducting what she said is the first online general population survey testing public attitudes to whistleblowing to be run in ten languages.

“The question is, are you shooting the messenger with a gun or a nuclear weapon?” Dr Dreyfus said. “Typically what happens with whistleblowing in organisations, is people attack the whistleblower, there will be retributions, but after the dust has settled the organisation is forced to address the issue.

“It makes more sense to just go straight to that point and just address the issue rather than shooting the messenger,” Dr Dreyfus said. “I tend to think Assange is being more of a publisher who publishes information that may have been given to him anonymously by people who are whistleblowing. “There he should be afforded all the rights of freedom to publish that other publishers are afforded.”