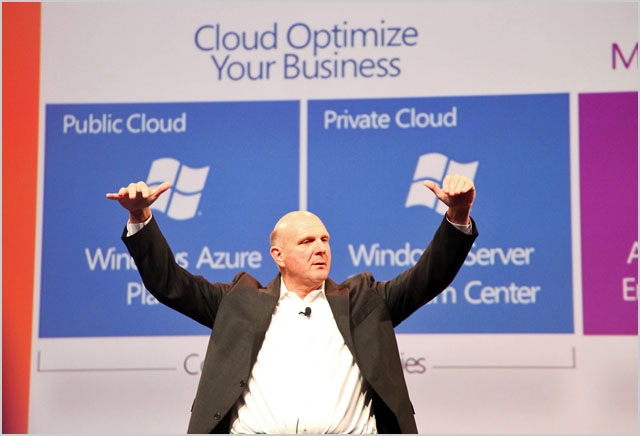 blog Local Office 365 MVP Loryan Strant has some pretty harsh words today for those Australian customers who have proven unwilling to migrate off Microsoft’s defunct Business Productivity Online Suite platform (which is essentially being shut down) and onto Office 365. According to Strant, the recalcitrant customers simply need to get with the program:

“So what possible other reason could they have for not wanting to move to Office 365? For many it is simply a case of not understanding, and not wanting to. For some they just don’t want to change. And why should they change just because their service provider tells them to? Really this just amounts to the customer having their head in the sand.

This is the nature of technology – it changes regularly, and sometimes those changes require customers to pay for new components or services to facilitate that. In some facets of our lives we simply accept this and move forward. In others we may grumble before accepting it.”

Honestly, I don’t fully agree with Strant here. The fact is that BPOS was only launched a few years back, and most non-IT people I talk to wouldn’t really understand the difference between BPOS and Office 365 and why Microsoft wouldn’t just continue to support the old version ad infinitum. I mean, Windows XP is still being supported to some degree despite having been first launched in 2001 … so, the argument from many would go, why is Redmond forcing everyone off BPOS and onto the next cloud generation?

Sure, while BPOS might have been based around the 2007 generation of Microsoft technologies, which is now broadly out of date, but I think most people don’t really understand the major differences between Office 2007 and Office 2010, for example — let alone Office 2013. Many people believe that technology is a set and forget purchase, and you shouldn’t need to do fundamental upgrades very often at all. Clearly, the cloud computing paradigm is changing all of that, and many software packages update weekly these days. But that’s not a mainstream view yet — and those involved in the IT ecosystem need to keep that in mind.

I guess ultimately I think Microsoft is doing the right thing with its forced migration off BPOS and onto Office 365, and Strant’s right that the pace of change has increased in the cloud world, but I think those commenting on these kinds of situations would do well to realise that the customer view on these kinds of things is vastly different from the service provider view or the vendor view, and that customers need to be nudged through this kind of thing gently. Customers don’t want to upgrade their IT platforms unless it’s absolutely necessary and they want IT to “just work” without lots of maintenance — they don’t want the sorts of ‘regular’ changes which Strant suggests are normal in the cloud computing world, unless they add a lot of benefit.

I think Microsoft has understood this paradigm well for many years now — it’s why each new version of Office, for example, looks and feels visually different, as well as having new features under the hood. Microsoft is good at using the carrot to get people to upgrade, rather than the stick. Apple does this well, also. But I don’t think the rest of the IT industry always gets this dynamic as well as Microsoft does — partners, service providers and so on. Often those that work in IT are too close to the situation to see what is really important to most organisations is not IT itself but what IT can do for them.