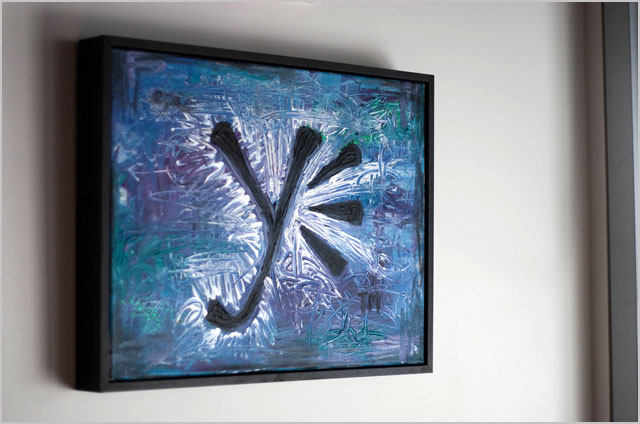 interview Ross Hill is a well-known personality in Australia’s social media and entrepreneur space, having founded the Hive networking event series for entrepreneurs and worked as an innovation analyst at Deloitte Digital. Since January 2011 he’s been an enterprise relationship manager with enterprise 2.0 social networking company Yammer. In this interview, Hill answers our questions about Yammer in Australia. 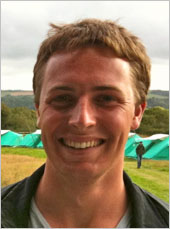 How would Yammer characterise the level of adoption of its platform in Australia?
Australia has the fifth biggest Yammer user base worldwide. Adoption in Australia has been steadily increasing since Yammer launched in 2008. There are currently over 272,000 users from 15,000 different company networks. Yammer has over 4 million verified corporate accounts worldwide and is growing at 250,000 users per month.

What proportion of that adoption has Yammer been able to commercialise — that is, shift onto one of its premium models?
Right now about 20% of Yammer users are on premium networks.

In which sectors in Australia has Yammer most strongly been adopted so far?
Some of our first customers – globally – were from Australia in traditional private enterprises like Deloitte Australia, NAB and Suncorp. From the outset Yammer has been driven by the belief that every company will have its own social network for collaboration, no matter the size or industry. Today government agencies like VicRoads and not-for-profits like Earth Hour are adopting Yammer as fast as our biggest enterprise customers like NAB and Westfield in the private sector.

Which sectors have been slowest to adopt Yammer?
The beauty of Yammer is that is easily translates across every sector in every geography worldwide, even highly regulated industries such as financial services and pharmaceuticals have high adoption rates.

Can you give examples of Australian organisations which have adopted Yammer?
Yammer adoption spans a range of sectors, industries and organisational sizes; some key customers in Australia include Westfield, National Australia Bank, AMP, Earth Hour and Deloitte.

Deloitte Australia
“I’m very active in talking to our people on Yammer. Every executive wakes up in the morning and says, ‘I have a good strategy. How do I execute it?’ 75% of our employees are young people – digital natives – and this is how they talk to each other. The only way I’m going to get to them is to talk to them in their medium.” -Giam Swiegers, CEO, Deloitte Australia

As Deloitte’s Yammer activity continues to grow and evolve, so do the use cases. In fact, Peter Williams says they now see “a new use case everyday.” Deloitte recognizes that even seemingly “small” ideas can lead to big results, as evidenced by the “fun experiment” with Yammer that started small and resulted in a big transformation. “We are continually amazed by the creativity and ingenuity of our employees, who create new use cases on Yammer every day. Enterprise social networking has helped transform how we operate and collaborate, yet, I feel like we are still just scratching the surface.” – Peter Williams, CEO, Deloitte Digital

“I gave a presentation, shared the link on Yammer, and had a very bold challenge from somebody in Melbourne that disagreed with my view. We got into a public debate, and the next morning quite a few people chatted with me about how remarkable it was that Yammer had flattened the organization. This was a first-year analyst. It’s what we want – I’d much rather have him debate it with me than go to the pub and tell his mates that he doesn’t agree with me. This way I know what’s happening.” -Giam Swiegers, CEO, Deloitte Australia

“Yammer has become an ‘internal Google’ for us. When you have a question, chances are you can search Yammer and find a thread with the answer”. -Luke McCormack, Senior Analyst, Deloitte Australia

Deloitte Australia have built many enterprise integrations into their own services, such as their Innovation Academy app, the Who What Where ‘enterprise foursquare’, and their internal search engines. Running an internal analysis, Deloitte Australia found that professionals with 10 or more posts on Yammer had an average turnover rate of 2%, compared to a firm-wide average of 15-20%. These professionals engaged in internal enterprise social networking were 8-10x as likely to stay with the firm. Lower employee turnover results in significant time and cost savings in recruiting, interviewing, and on-boarding new hires.

When Deloitte launched Yammer globally it was a 90 day rollout to 180k users across many different email and directory systems. This time to value is unheard of and demonstrates how agile and immediate a technical platform can be. With the technical side taken care of that leaves more energy and resources for building adoption and engagement.

Suncorp
Suncorp use Yammer across the company to connect staff and empower them to problem solve with each other. “Your culture is the way that work gets done.” Jeff Smith, Suncorp Business Services. During the floods in Brisbane, 5000 people couldn’t make it to work. Within a couple of hours 3,000 people were working from home, thanks to Yammer.

Earth Hour
Earth Hour have 8 employees in Sydney, and then an External Network connecting 440 volunteers from across the world. Everyone in the organisation sees campaign updates immediately, which has dramatically transformed internal comms. Yammer provides an easy way to share experiences, challenges, opportunities, relationships with other organizations to make the campaign more efficient and to grow. “It has revolutionised how the campaign is working” Andy Ridley Founder and CEO, Earth Hour.

What level of integration are you seeing Australian organisations apply to Yammer with respect to their other business systems (for example, SharePoint, Salesforce.com)?
We see many of our customers integrating with enterprise systems such as SharePoint, SAP, Salesforce, Netsuite, Spigit and Zendesk to create a single place where all users can connect. Yammer is a system of engagement that helps to bring context to employees working in various knowledge silos in an organisation. Our ability as a cloud service to integrate with on-premise software such as SAP is quite unique in the enterprise space. We also just announced two new integrations with Subscribe-HR and AffinityLive, both Australian-based cloud-based business applications.

What level of awareness do Australian organisations have about Enterprise 2.0 technologies in general?
Australians spend more time on social media sites than any other country in the world, and we are now starting to see the trends from the consumer space move into the enterprise, while the younger generations entering the workforce demand mobile, cloud and social tools from their employers.

Organisations are now recognising technology’s formidable impact on communication and the ability to connect to people and content more efficiently than ever before. We often hear executives talk about the rising expectation for software in the workplace to be as intuitive and easy as software in employees’ personal lives. Companies that want to excite and retain their talent and leadership, especially those in the younger generation, are looking to Enterprise 2.0 technologies to do just that.

Have you encountered any criticism from customers concerned about the fact that Yammer isn’t hosted in Australia?
Yammer’s core focus is to maintain a secure private network architecture to protect customer data, and we work very closely with our clients to ensure they understand our security and compliance tools and standards. Having local customers such as NAB, a big four bank, Suncorp in banking and insurance, and Deloitte Australia in audit and professional services demonstrates the confidence customers have in our platform.

What is Yammer’s plan to increase adoption of its platform in Australia?
With the $85 million round of venture capital funding we raised earlier this year we will be more than doubling our Sales and Customer Success staff in Australia. Today we have 8 staff in Australia, 7 in Melbourne and 1 in Sydney, and by the end of the year we expect that to grow to between 20-25 while serving as the hub for Asia Pacific.