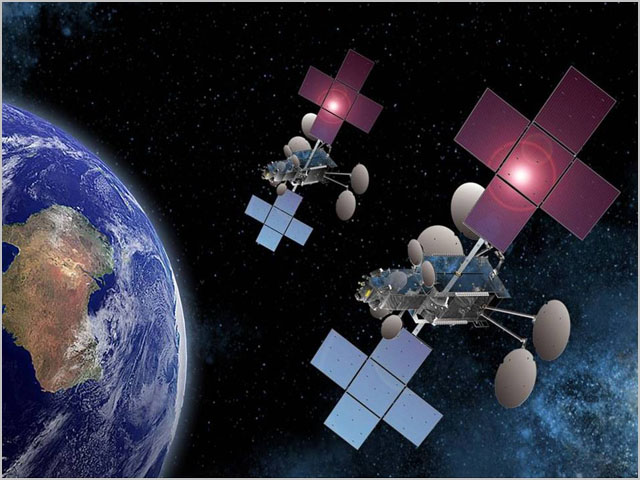 According to a statement issued by the company yesterday, NBN Co plans to launch the satellites in 2015, to provide high-speed broadband coverage to about three per cent of premises that fall outside the reach of the NBN’s planned fibre optic and fixed-wireless services. The locations include outback areas and Australia’s external territories such as Norfolk Island, Christmas Island, Macquarie Island and the Cocos Islands.

SS/L is a leading manufacturer of commercial broadband satellites, and it has produced the largest number of commercial Ka-band satellites globally. It is a subsidiary of Loral Space and Communications, and provides spacecraft for a wide range of services including television and radio distribution, digital audio radio, broadband Internet and mobile communications. The company has 67 satellites in orbit and 23 under construction, including both broadband and other categories of satellites.

NBN Co’s contract is valued at roughly $620 million and ensues after a comprehensive two-year procurement process carried out by the company. The contract forms part of a total investment of approximately $2 billion required to deliver the NBN Long Term Satellite Service (LTSS). Under the terms of the contract, SS/L will also provide associated telemetry, tracking and command systems for NBN Co’s LTSS.

Two more tenders for the delivery of other components of the LTSS will be awarded soon. NBN Co is appraising supplier submissions for the construction of satellite ground systems and will release a tender within the next few months for the launch of the SS/L satellites into orbit. The plan is for the satellites and ground-based control systems to be delivered over the next 41 months. The first satellite will be launched in early 2015 and the second in the latter half of the same year.

Instead of splitting capacity between several other tasks including satellite phones and broadcast television or providing services in other countries, the new Ka-band satellites will use multiple high-capacity beams intended to maximise the efficiency of the broadband service specifically for Australia.

Mike Quigley, NBN Co’s chief executive officer said: “NBN Co’s satellites have been designed to deliver initial peak speeds of 12/1 Mbps at the wholesale level for the same wholesale access price as similar fibre services. It will be possible for retail service providers to offer services to homes and businesses in the satellite footprint that are as good or better than the services many city people currently experience.”

Quigley explained that NBN Co is providing an open access network to facilitate competition among retail service providers, since the provision is on a non-discriminatory basis. He believes that this could potentially enable lower pricing and innovation for consumers – including those in geographically isolated areas.