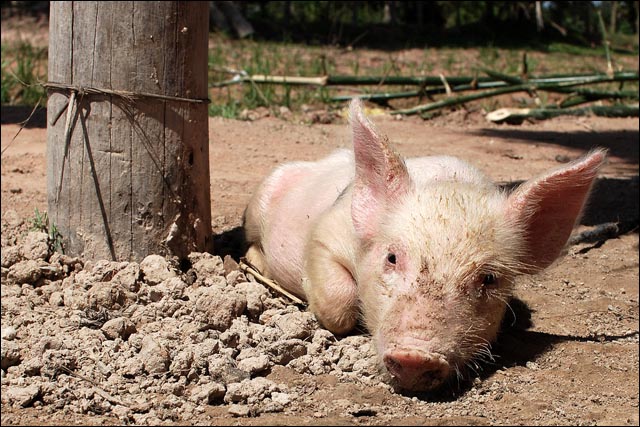 news Another one of startup incubator Pollenizer’s portfolio companies has raised a significant amount of investment capital to expand its operations, with social payments company Pygg today revealing it had taken $600k in funding.

The company, launched over the past year, allows users to make payments to others if they have their Twitter account or email. It is seen as one of the chief rivals to other local social payments companies launched by the Commonwealth Bank (Kaching) and ANZ (goMoney).

In a media release today, Pygg said it had raised $600k within six months from a number of investors, with founding investors including Yahoo!7 chief Rohan Lund and his Seven Network colleague, Vividwireless Tim Howard and Pollenizer itself. Pollenizer had revealed in November that it had added a further $1.1 million in investment to its own coffers, after last raising $500,000 in December 2010.

That round of capital (Pollenizer’s statement here) came from a number of new investors, including Tasmania-based Andrew Spykes, Lend Lease chief executive Anthony Pascoe and Hitwise founder Adrian Giles, as well as Adrian Stone from new Melbourne-based startup incubator Angel Cube. In addition, a number of previous investors — listed in detail on Pollenizer’s site — have also allocated extra money to the company. Most — such as the founders of Australian software company Atlassian — are well known in the Australian startup community.

Today, Pollenizer co-founder Phil Morle said investor enthusiasm had been high for Pygg “in a way we have not seen before”, and the Pollenizer team was very proud of the demand it had seen from “an impressive array of investors”. “It signals a renewed energy in the local startup investment community and supports our view that Pygg has great things ahead of it,” Morle added.

The investment will allow Pygg to grow and develop its operations to support other popular social networking platforms such as Facebook. Pygg is also currently partnering with organisations such as UNICEF Australia to encourage charitable donations. “The success of this funding round is a great vote of confidence in Pygg’s ability to drive change in the social payments space.” said Tim Howard, Founding Investor. “Pygg is in a unique position to adapt and respond to the market – delivering a product that is people-focused, bank-agnostic and fun to use.”

opinion/analysis
To be honest, I’m not sure I agree with the Pollenizer crew and Pygg’s investors that the company has a big future ahead. I’ll explain why.

Pygg’s social network payments are brain-dead easy. You simply add funds to your Pygg account via PayPal, and whenever you want to pay someone via Twitter or similar, just include Pygg in the transaction, and it will go through. You would think that the sheer ease of use (the company also has an iPhone app) would ensure that it would be popular. And of course, it’s good that it’s bank-agnostic. Plus, Pollenizer clearly understands how to send stuff viral, if the incredible growth of Spreets was any indication.

However, the service launched a while ago, and I’ve only seen a very limited amount of adoption in Australia’s Twittersphere (known for being early adopters). I’ve seen a few Pygg Twitter messages fly by from time to time, but often by people who actually work at Pollenizer or in the broader startup community — not the wider Twitter population that I spend all day with.

In contrast, and probably because of its vastly increased scale, I’ve seen a stack more activity and interest around the Commonwealth Bank’s Kaching application. I know a lot of people who already use Kaching and don’t want to go back to traditional methods of sharing cash with people they know and casual acquaintances.

In addition, I’m puzzled as to why Pygg doesn’t yet support Facebook payments; this would seem to be a brain-dead addition to its functionality that should have been there straight away.

My gut feeling is that the Pollenizer team has been stretched a bit thin when it comes to the development of Pygg. The growing company has a lot on its plate, with quite a few portfolio companies on the go simultaneously. In addition, I think it may have bitten off a bit more than it can chew when it comes to the highly regulated financial services space … you can’t just start a new payments company in Australia without knowing a lot about the regulatory environment and how to comply with it.

I wonder what the Australian Prudential Regulatory Authority thinks about Pygg, for example, and what Pygg thinks about APRA and its often-draconian rules?

My second gut feeling about Pygg is that while it will achieve some scale over the next year, it won’t become a viable company in its own right. I would say that instead, it would be much more likely to be acquired by an Australian financial services company who wanted a ‘turnkey’ solution to social payments. It might even be possible for Pygg to develop a whitelabelled solution in this space, as Pollenizer did with the Dealised business whose technology drives Spreets. If Pygg took this route it could licence its technology to any financial services company — or even companies in other sectors (I’m thinking the retail sector might also be interested).

It’s always interesting watching Pollenizer. The company issues sporadic announcements once every few months, and you get the feeling that there are about 50,000 individual things which have happened in that intense environment which have, tiny iteration by tiny iteration, led to that small announcement.

One further thing is interesting to note here: The involvement of Seven Network figures Lund and Howard with Pygg.

Remember back in 2010, Pollenizer-backed Spreets was sold to Yahoo!7 (a joint venture between Yahoo and the Seven Network). Now we see senior figures from that portfolio of companies (Seven owns Vividwireless) acting as founding investors with Pollenizer in another transactional-type company. At the same time, Pollenizer last week announced a wide-ranging collaboration with APN News and Media, following a small investment APN made in Pollenizer portfolio company Friendorse.

In short, what we’re seeing here is several of Australia’s largest media companies beginning to use Pollenizer as a seeding ground to pull innovation out of that can then be injected back into their own larger, much more constrained and monolithic organisations. What will happen with Pygg eventually? Will it end up being acquired, as Spreets was before it, by Yahoo!7? And what does all this collaboration with big companies mean for Pollenizer?

It’s a topic that Morle, co-founder Mick Liubinskas and their merry band have clearly been thinking deeply about.

“We spent 2011 in talks with a number of media companies and explored all kinds of models. They all seemed too hard, and pulled our process too close to how media companies work today. A direction, we felt, would compromise our ability to succeed,” Morle wrote on Pollenizer’s blog last week. “In the middle of 2011 we started discussions with the team at APN and found our ideal partner for prototyping a new model for corporate innovation that works. We have now announced our pilot projects. This feels like an important step in the development of our ecosystem.”

Morle makes the point, and it’s a good one, that minnows like Pollenizer need to partner with big companies in order to quickly build scale. But I think — and Morle and Liubinskas clearly know — that Pollenizer will need to be very, very careful in how it engages with these giants, who could squash it at a moment’s notice — say, if there was a dispute over who owns what intellectual property that ends up in a lawsuit. Pollenizer is very disciplined and ‘best practice’ in how it handles such matters, but it can also be very fast and free at times. Innovation needs that.

One thing I do know: Pollenizer probably needs to remain largely independent from any of the major players to continue doing what it does best: Bottling and marketing innovation. If it gets dragged in too far with any one player, they will attempt to suck the value out as fast as possible and stifle that creativity.

In any case, Pollenizer is probably the most interesting company in Australia’s technology sector right now, and certainly the one I most admire. I will be continued to be fascinated with how things evolve, and I wish the team the best of luck.