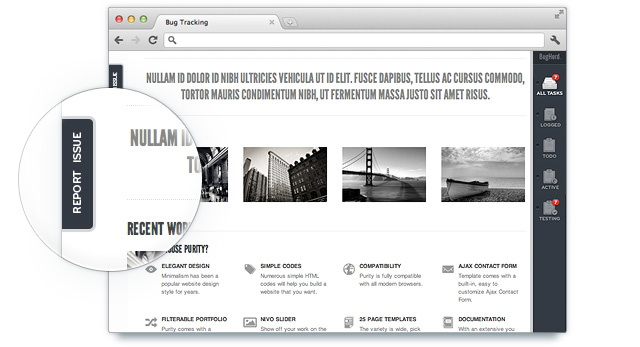 news BugHerd, the Australian developer of the bug-tracking software by the same name, revealed yesterday that it had received a $500K investment from Melbourne-based venture capital firm Starfish Ventures.

Alan Downie and Matt Milosavljevic founded BugHerd when they were unable to locate a bug-tracking solution appropriate for logging and managing visual website issues. After perfecting the idea for BugHerd, they pitched it to Y Combinator-style Australian startup incubator Startmate and were selected for incubation in the class of 2011. The other startups selected along with BugHerd in Startmate’s first round were Chorus, Noosbox, Grabble and IRL Gaming. Walmart Labs later acquired Grabble in November 2011.

Niki Scevak, co-founder of Startmate, said that Downie and Milosavljevic fitted the exact profile of founders he was looking for while setting up the incubator. “From the very beginning their product instincts and talents attracted great interest from around Australia and Silicon Valley,” Scevak stated.

Since then, BugHerd has attracted angel investors and investment from prominent Silicon Valley-based incubator fund 500 Startups. Following this, BugHerd was the first Australian company to participate in 500 Startups’ accelerator program in Silicon Valley, which grants a $50,000 investment from the fund at a $1 million valuation. BugHerd also won the People’s Choice award at the leading Australian technology awards, Tech23.

Speaking about BugHerd’s exposure through Startmate, 500 Startups and Tech23 in a fairly short period, Downie said that this had put the company in the enviable position of being able to choose an investment partner that suited it.

“From very early on we were keen to work with Starfish Ventures. Not just because they’ve recently backed some pretty high profile tech companies like Design Crowd and iSelect, but because it enables us to stay here in Australia,” he said. “A lot of startups are in a rush to get over to the US these days, but we’re keen to show that with the right support you can do it all from here without compromising the business,” Downie explained. He also added that with Starfish, the option of moving to the US was still open.

Tony Glenning, Starfish Ventures’ lead on the BugHerd investment expressed the company’s strong belief in what the BugHerd team hopes to achieve. “We could see how the products available on the market really weren’t usable by non-technical users, leaving a huge gap in the market for a solution like BugHerd. The guys have really identified a strong customer pain paint and developed a remarkable product to meet it,” he said.

BugHerd claims that its bug-tracking product is the world’s simplest and fastest issue reporting software for web developers and designers to tag, describe and assign issues right on websites in less than 10 seconds. Since the tracker overlays on the web page, the team can find and manage bugs visually without leaving the concerned web page.

Both companies perceive Starfish’s investment in BugHerd as a solid stepping-stone on a strong growth path for 2012. Starfish, which has been investing in innovative early stage technology startups for more than 10 years, believes that BugHerd compliments their portfolio of existing companies.

BugHerd will utilise the Starfish Ventures investment to build up the team and market the product globally in 2012. Co-Founder Milosavljevic said that the company had already started with new efforts on the sales and marketing side and were aiming to add further strength to the development team.