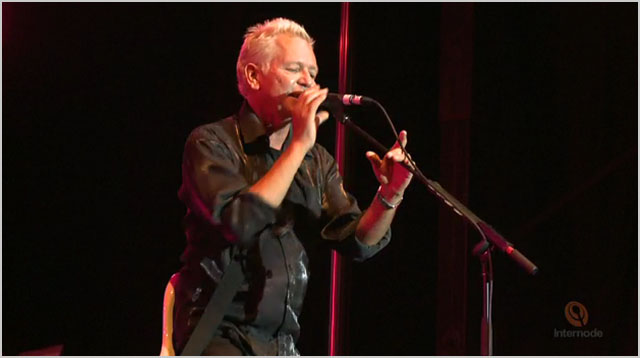 The inaugural one-day Gorgeous Festival, an annual boutique music, food and wine festival, took place on November 26th at McLaren Vale, one of South Australia’s leading winemaking regions. The music acts were recorded live exclusively by Internode for its customers.

Simon Hackett, Internode Managing Director, stated that the Gorgeous Festival public video stream was just the beginning of Internode’s on-demand entertainment plans, and this experience would be taken as a starting point for potential events in the future. The Internode Connect team recorded, live-edited and post-produced in-house the performances from the Gorgeous Festival. Internode has obtained the required permissions and released these streams to be available from any broadband connection in Australia. The video streams (available here) are being offered on an unmetered basis to Internode’s ADSL and FTTH customers.

Australian broadband users will have access to free high quality streaming video of the festival thanks to the new live video streaming capabilities of Internode’s CDN. The streaming service automatically upgrades the video stream to the optimal quality output allowed by the broadband connection. The maximum quality stream needs around eight megabits per second of downstream throughput.

Speaking about bringing the talent and creativity of Australian artists to music lovers, Hackett said: “In an era when most mentions of ISPs and the creative work of artists involves high court challenges from Hollywood, we’re proud to do just a bit of what actually helps: Using our technology to connect the work of great artists to audiences in a legal and engaging way, across our brilliant national network.”

Hackett congratulated the Internode Content team for their good work, and applauded the bands for being kind enough to allow Internode to exhibit their work to the public in this manner. “So please, find a big screen and a nice sound system, sit back, and enjoy some great Australian artists doing what they do best,” Hackett said.

opinion/analysis
As an Icehouse fan, I applaud this initiative by Internode. I particularly enjoyed Icehouse playing one of my favourite songs, ‘Love in Motion’. You can watch the original clip on YouTube here, and the song starts at about 47 minutes in Internode’s stream. And Internode’s production quality is pretty great — multiple cameras, the quality of encoding is pretty good, and the streaming is flawless. Nice. Damn. Never thought I’d be using ‘Iva Davies’ as a tag on Delimiter ;)

As an overall initiative, however, I have my doubts. It’s not really an ISP’s core business to be producing content like this; that’s more the job of a production house. It’s nice that Internode can do it as well, but I kind of see this effort as a bit of a hobby on the company’s part, linked to its strong presence in South Australia. Still … it’s nice to be watching Iva Davies do his stuff once again :)