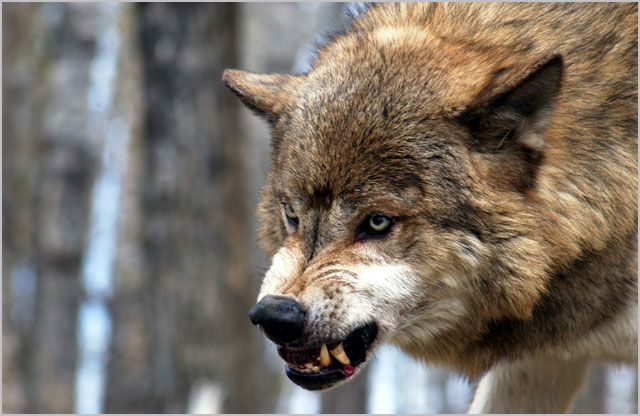 opinion The anti-piracy scheme proposed by the ISP industry this afternoon as a response to online copyright infringement through platforms like BitTorrent opens the door for content owners to start taking hundreds of thousands of Australians to court for minor offences such as downloading a handful of films or TV episodes.

In general, the scheme — detailed in full in this discussion paper (PDF) — has much to like about it. In putting the proposal together, the ISP industry has taken great care to avoid many of the really draconian punishments which have been implemented internationally and proposed in Australia over the past few years.

Unlike in New Zealand and France, the scheme does not proposed that Internet users’ broadband connections be shut off after repeated piracy offences. This idea is simply unpalatable in a society which depends daily on access to the Internet for access to basic services such as banking and dealing with all levels of government and business — to say nothing of Australians’ personal lives. It is also, of course, incompatible with the current Labor Government’s vision of universal fast broadband access.

In addition, the scheme avoids the noxious idea that ISPs would simply hand over the details of their customers upon receiving copyright industry demands. That idea represents a clear invasion of privacy and an abrogation of the ISPs’ responsibilities to their customers — not to mention a lack of due legal process.

Furthermore, there are a number of controls placed upon the process as a whole. Copyright owners must be accredited to join it, with the pre-approval process featuring an independent audit of their copyright infringement detection technology. On the Internet user end, Australians affected by the scheme will be given time to query warning notices received, dispute them, or seek further legal notice to protect their own rights.

I like the focus on education; although, it could be argued, education is a two-way process, and the content industry should perhaps be educated simultaneously on how to efficiently and painless make their content available online in the first place. It’s something users have been attempting to do for years.

And I like the fact that a formal legal process is involved — where, should copyright owners want to pursue action against individual users, they will be forced to do so through the courts, which is the appropriate venue for corporations who feel they have been aggrieved by consumers. The legal concept of the need for “evidence” — shocking, I know, in these fast-moving times — will be applied to their claims that certain Internet users have infringed copyright online.

The damage as a whole will be limited — with ISPs committing to each only process 100 maximum infringement notices each month during the 18 month trial period — and the ‘reset’ mechanism, by which users’ register of copyright infringement notices will be set back to zero if no notices are received during a 12 month period — is another worthy control factor.

However, there is one disturbing fact inherent to the scheme proposed today which I personally believe requires a deal of serious consideration.

The scheme as proposed contains a great deal of soft incentive for users to stop pirating content online. Gentle, repeated warnings, educational notices, an overall awareness that Big Brother is ‘watching’; the ISPs’ anti-piracy scheme contains all of these components, and I do expect them to have some impact on the levels of Internet piracy in Australia, if the scheme is enacted as proposed.

However, the scheme also overtly proposes a new and extremely punitive approach to dealing with repeat offenders which I find disturbing.

The ultimate punishment laid out by the ISPs doesn’t seem so bad: You won’t have your Internet connection cut off, and your actions won’t be reported directly to the authorities. Instead, all the ISPs are promising is that they will cooperate with legal demands from the content industry for specific users’ information.

This might not sound all that bad: Until you consider what the film and TV studios can do with that information.

In the US, the ability to source alleged Internet pirates’ details through mass subpoenas has resulted in the content industry sending hundreds of thousands of residents letters demanding that they settle threatened lawsuits for several thousand dollars, or else face fines imposed by the courts for amounts, in some cases of up to $150,000.

Upon receiving such a letter, Internet users face a number of undesirable options. If they simply front up and pay what the film, TV and music industries demand, they’re out of pocket for amounts averaging $3,000 — simply for downloading a piece of content which might have cost $30 to buy as a brand new DVD.

If they resist this legal approach, things quickly get worse. It’s a common tactic for the content owners to immediately up the amount that they’re demanding — for example, from an initial $4,000, to $7,000 or $8,000, in a number of reported Recording Industry Association of America cases.

And they can also face a higher social cost. Wired points out in a comprehensive article on the subject that many of the claimed pirated works are sensationalist in nature — such as the film ‘Nude Nuns with Big Guns’. Would many Australians want to be dragged into court for illegally downloading a slightly unusual piece of pornography? No. Especially if it might cause problems with their relationship or reputation. There is an inherent incentive to settle — despite the fact that the settling cost far outweighs the actual cost of the crime — again, something like $30 per offence.

If you do decide to fight the content industry’s legal threats, things can get pretty insane pretty quickly. In several cases decided in the US, juries have awarded amounts as high as $80,000 per song shared on the Internet. That’s right — $1.92 million for sharing an album with 24 tracks online. $1.92 million in fines. For an album which would probably cost no more than $20 to buy. Does that seem reasonable? Not really.

I’m sure that courts in Australia wouldn’t make such extreme judgements — the US legal system is known to be pretty insane. But you do have to wonder what our local legal system would consider reasonable. Would it levy fines of a few thousand dollars, perhaps up to a few tens of thousands of dollars, for online copyright infringement? What about community service and a public apology? Or could the court rule that infringers should have their Internet cut off for a while? I’m not a lawyer, but it all seems entirely likely.

This is the future which Australia’s major ISPs — with the notable exceptions of cut-rate ISPs TPG, Dodo and Exetel — have just compulsorily volunteered their customers for. In putting forward this scheme, the ISPs have basically proposed that they take absolutely no role in defending their customers from an entire industry which has a comprehensive and well-documented history of hugely unjustified lawsuits against customers who have only committed minor offences.

And before you comment that it won’t happen, remember that it already is. October, it was revealed that a new company — named Movie Rights Group — had approached every major Australian ISP seeking information on users who had allegedly infringed copyright online, initially seeking the details of some 9,000 Australians who it claimed had downloaded the film Kill the Irishman. There were plans to broaden the company’s efforts to other films — and MRG was planning to use the same threatening legal letter approach seen in the US — although the organisation’s future is now in question.

The most ironic thing about this issue is that it should be obvious by now that legitimate commercial models for Internet content exist. In 2011, the music industry is suing less people as it’s making an absolute mint through platforms such as Apple’s iTunes. Digital book publication is booming through Amazon’s Kindle store. And in the US, the incredible success of movie and TV on demand platform Netflix has demonstrated starkly how much Internet users will spend — a lot — if they are able to pay for whatever online content they want, when they want to.

The fact that they are not willing to do so indicates a stunning lack of loyalty to the customers who have earnt them billions of dollars in revenue over the past several decades.