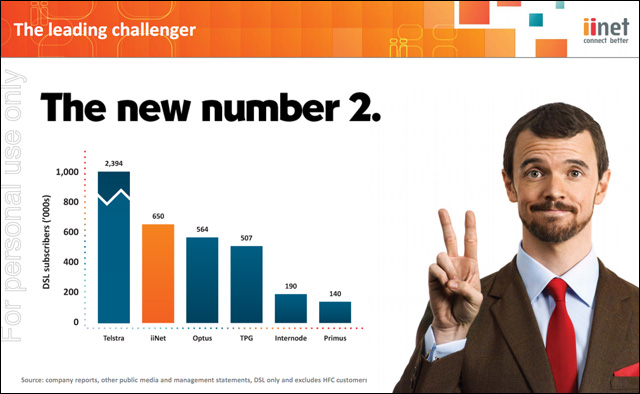 news National broadband provider iiNet has halted trading of its shares on the Australian Stock Exchange today, following a report in the Financial Review newspaper that it was in the final stages of negotiations to acquire Canberra and rural NSW/Victoria-based telco TransACT.

Following iiNet’s request to the ASX for a halt on trading of its stock around lunchtime today (PDF), the AustralianIT has followed the Financial Review in the report, stating that the proposed deal between the pair was expected to be worth between $60 million and $80 million, with iiNet currently completing due diligence on the arrangement.

TransACT’s website states it has revenues of about $100 million a year, about 150,000 residential customer, over 5,000 small to medium business customers, and a state and federal government roster of some 50 agencies. It typically focuses on selling a so-called ‘triple-play’ bundle of services to customers, with voice, video entertainment and broadband in the mix.

In many ways, the story of TransACT’s infrastructure rollout throughout the ACT mirrors the development of the National Broadband Network.

After being founded in the latter years of the 1990’s, TransACT initially rolled out a predominantly fibre (fibre to the curb) network in the ACT, following similar rollouts of high-speed broadband technology in the US markets. A small number of Australian cities — such as Mildura with Neighbourhood Cable — went through similar rollouts around the time.

However, unlike other major infrastructure owners in Australia such as Telstra, TransACT willingly opened its network for wholesale use, allowing a number of other ISPs to use its infrastructure. Following the initial rollout, TransACT has used a variety of different fixed broadband technologies — fibre to the node, ADSL, VDSL and fibre to gradually expand its footprint in the ACT. TransACT maintains close links with ACT energy utility ActewAGL.