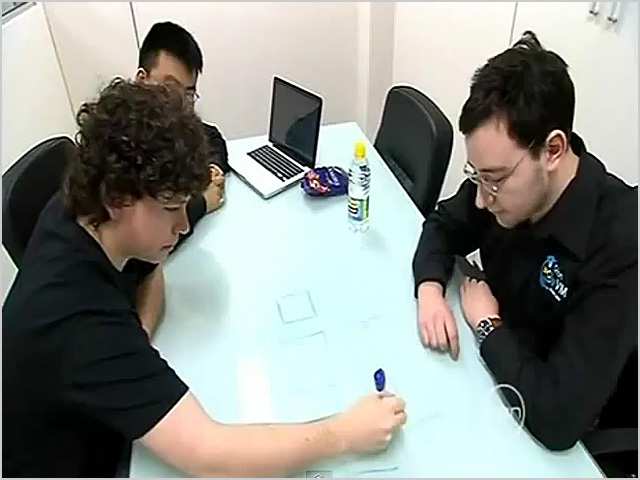 In a press release announcing the investment, Yeo said he was “proud and honoured” to have “industry leaders” like Bell and Baxter showing faith in the company, adding that the biggest gain for OrionVM was “not just money”, but the vast breadth of knowledge and experience the pair would bring with them.

The funds would be used to triple staff — OrionVM currently only has a handful — as well as adding to its customer base and exploring “an international presence”. Currently, OrionVM says it has a number of Australian companies, “ranging from ASX-listed companies to small startups”. Clients, which primarily appear to purchase scalable web hosting services, include San Francisco company Wikia.com, Sensis’ Quotify.com.au and local startups Getflight.com.au and DesignCrowd.

Both Bell and Baxter are well known in the technology sector.

Baxter co-founded fibre pioneer PIPE Networks in 2001, which went on to list on the Australian Stock Exchange in 2005 to great commercial success and the financial success of Baxter and his co-founder Bevan Slattery. The company was subsequently acquired by local telco TPG. Baxter’s LinkedIn profile currently lists his occupation as “Turbine Cessna 210 driver/frustrated fisherman”.

For his part, Bell has a significantly higher profile courtesy of his role as an early employee of Digital Equipment Corporation, now part of HP. The engineer designed several of the PDP machines which were the precursors to later machines hosting the first versions of the Unix operating system — now used in many different variants throughout the world. Bell eventually became DEC’s vice president of engineering. Over the past decade and a half he has been a researcher at Microsoft.

OrionVM hasn’t taken any other initial investment capital apart from the funds injected by its founders as well as a $25,000 prize at the annual Tech23 awards. iTNews reported today that the amount invested in the company was “well under the $1 million mark”, although OrionVM wouldn’t confirm the current value of the company.

opinion/analysis
Nice! I came down pretty hard on OrionVM a week or so ago, slamming what I described as a “fairly unjustified” level of hype which was flooding Australia’s media about the startup. However, this investment goes a long way towards repudiating much of my criticism.

In particular, it seems that OrionVM must now have at least a few hundred thousand dollars kicking around their bank accounts. The company will be able to use this money to build out its cloud computing infrastructure, as well as employ extra sales staff to attract new clients and even perhaps allocate some capital to paying themselves or other developers to continue innovating in infrastructure as a service.

This puts paid to my claim that OrionVM doesn’t have enough cash to build truly scalable cloud computing infrastructure. In addition, the involvement of Baxter and Bell — both of whom know an absolute stack about datacentres and deep computing infrastructure — does much to reassure that the hype around OrionVM’s innovation is justified.

Of course, the company still has a number of challenges.

In its press release this week — as I challenged it to — OrionVM disclosed a number of customers, including some major organisations among them, alongside startups. However, most of those companies appear to be using OrionVM as scalable web hosting infrastructure. That’s hardly a bad thing, but it’s not really true cloud computing either. Scalable web hosting is a particular — and highly specialised variant of cloud computing, but OrionVM has always appeared to have bigger ambitions than that, highly commoditised market. I’d like to see it demonstrate some enterprise IaaS customers over the next year.

In addition, I note that the company last week entered a beta for its support of Windows Server instances on its platform. Supporting Windows is hardly rocket science for international platforms like Amazon, Windows Azure, Rackspace and so on (or even local rivals like Ninefold) and the fact that OrionVM has only just gotten this aspect of its cloud computing infrastructure sorted reveals the relative immaturity of its platform.

Do I still have reservations about the company? Of course. There is a certain … hubris evident here, about both the company and its investors. But this is based more on a feeling than anything else. I’ll shut up for now and let OrionVM prove me wrong ;)

OrionVM — for now — has put its money where its mouth is, and I have to respect that. It’s an Australian startup investing in technology development, it has attracted expert investors from both Australia and the US to support it, it has demonstrated early customers and most importantly of all, it hasn’t sold out to a global corporation within its brief history. These are all the boxes I tick when I look at Australian technology startups.