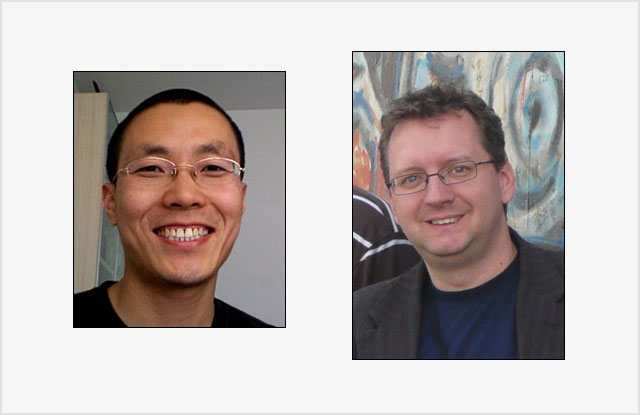 news Global social bookmarking company Delicious has bought Australian startup Trunk.ly, less than a year after the site launched in the wake of Delicious’ own temporary sunset at the hands of former owner Yahoo.

Delicious parent AVOS announced the acquisition on its site overnight, with the company’s chief executive Chad Hurley (also the co-founder of YouTube) noting that it had become clear “from the first discussion” with Trunk.ly’s founders that the two company’s visions for the future of bookmarking and Internet discovery were “closely aligned”. “Their technology and insights will accelerate link-saving and searching capabilities in Delicious,” wrote Hurley.

Trunk.ly was launched in December 2010, as rumours swirled that Yahoo would shut down Delicious, the dominant global player in social bookmarking. At the time, the company experienced unexpected press coverage and a huge amount of traffic, in what could be described as a trial by fire.

The company’s two co-founders are Tim Bull, then a director at consulting form PwC working in its global IT architecture team, and Alex Dong, the co-founder of Hoakanbu.com, the largest photo-blogging site in China. The pair met at one of the BootUp Camps organised in Sydney by local entrepreneurs such as Bart Jellema, formed a company in November 2009, and have since launched several products — with one of the others being Tribalytic, a Twitter market research tool.

In January this year, Bull and Dong described Trunk.ly thus to Delimiter:

“Trunk.ly connects into your online networks like Twitter, Facebook, Tumblr, Posterous, Delicious and more and monitors them for any links that you share. Whenever you indicate that a link has value (for example by sharing it on Twitter), Trunk.ly collects them, crawls the web page the link points to and stores them for you, building a personal search engine of not only the content stored with the link, but of the page the link points to as well.”

He noted that Trunk.ly wasn’t the pair’s first product idea — in fact, they had pivoted several times. “But the common thread to everything we’ve done is how to get utility from people’s online digital trails,” the pair said at the tme.

On Trunk.ly’s blog today, the pair noted that the Trunk.ly service would be discontinued, as the company’s technology and insights were integrated into Delicious. Delicious is now the property of Hurley and his co-founder at YouTube, Steve Chen, who bought the site from Yahoo and are attempting to help it become successful again.

Effective immediately, Trunk.ly’s blog noted, the service would no longer accept signups, although it would operate for another two months to allow users time to export their links. Minimal support would be provided over that time.

“Thank you for your support – we never expected that 12 months ago we would grow Trunk.ly to the success it’s become and we really do owe that to you, our users who have helped us, supported us and promoted us along the way,” the pair wrote. “We really hope you’ll join us at Delicious, we’re very excited to be working with them, there is a great team there with ambitious plans and together we hope to build the best way to discover and collect the web.”

When we profiled Trunk.ly on Delimiter earlier this year I kind of thought the site wouldn’t really go anywhere. There was no revenue model at the time, there didn’t seem to be a huge strategy behind the site’s development and it seemed as though it was just another idea to have eventually come out of the BootUp/StartupCamp series of events, which have spawned hundreds of startups which eventually went nowhere.

Kudos and congratulations must go to Dong and Bull for taking their vision forward and getting it to the point where a global company like Delicious is interested in buying it.

I will note that it’s not clear at this point how much Delicious paid. I mean, it’s clear that Chen and Hurley have plenty of cash lying around from the YouTube acquisition. But was Trunk.ly shopping itself around, hoping for a fairly quick exit clause? Or did Delicious go hunting for technology or skills it specifically needed? Hopefully Bull or Dong will chime in at some point and let us know what magnitude of transaction this was ;)