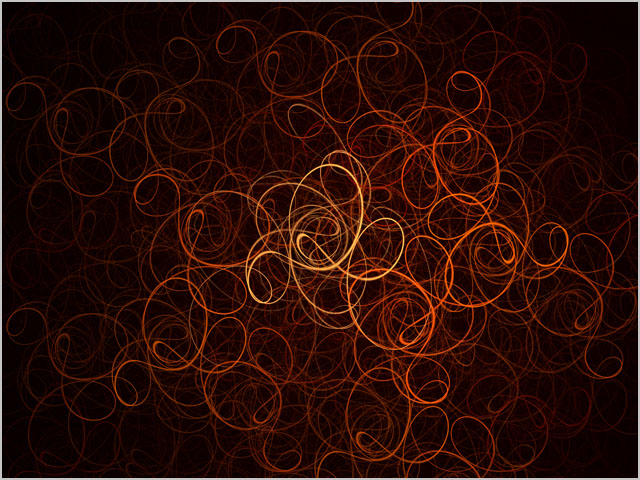 opinion The furious debate which took place over the weekend over National Broadband Network applications highlights the fact that the project raises fundamental questions about what the role of Government should be in our complex and multi-layered society … and just what needs it should attempt to address.

Over the past several days, as quite a few of you have noticed, Delimiter hosted a ferocious debate over the veracity of Malcolm Turnbull’s audacious-sounding claim that there were no applications which would actually require the 100Mbps speeds which the NBN project will eventually offer to all Australians.

On the one hand were a number of commenters who claimed the Shadow Communications Minister simply didn’t know what the hell he was talking about. Citing the ongoing and incredible growth in demand for computing and bandwidth resources over the past three decades, they pointed out that it was pointless planning for today’s applications when national telecommunications policy should be anticipating the challenges of tomorrow.

On the other side of the coin were the naysayers (yours truly included).

This side of the argument highlighted the fact that many Australians are already using applications with high bandwidth requirements (such as videoconferencing, IPTV and e-health solutions) over our existing telecommunications infrastructure, and argued that we shouldn’t be basing future telecommunications policy on applications which may (or may not) appear in future.

However, like a phoenix rising from the ashes of expired arguments, a more complex strain of thought also emerged from the debate which I want to explore in a greater amount of detail.

When large corporations and government departments first started providing Internet access to their workers (mostly this was throughout the 1990’s, as the demand for corporate email exploded), network administrators quickly discovered an important fact which remains pertinent today: As you add more users to a network, complex performance issues rise to the fore.

These issues firstly arise in the case of certain network users using more than others. As one person starts downloading a particularly large attachment by email, everything slows down and the call goes around the office: “Who’s hogging the Internet?”

But it quickly became more fine-grained than just a question of how much Internet capacity is available.

As corporate users started to use more sensitive, real-time applications on their networks, latency also became an issue. A large amount of requests experienced simultaneously could cause chaos for those trying to access remote applications through platforms like VNC or Citrix. The CEO’s live video conference with analysts would go awry. And in the worst case today, with many large organisations using IP telephony, many of the office telephones just wouldn’t work properly.

Now, fatter, better quality pipes and Quality of Service protocols have resolved most of these multi-use issues in the corporate sphere. Hundreds, thousands — even tens of thousands of users can connect to the same corporate network and still receive a good grade of service. But they are far from being resolved in the residential world.

Up until midway through this decade, it was likely that each Australian residential household would only feature a handful of devices — at most — connected to the Internet. The parents probably shared a PC or had an extra laptop, while kids were only gradually getting their own, and smartphones and tablets with Wi-Fi access were virtually unheard of.

However, now the game has changed. In my own personal household, which has only two people, my wife and I own no less than about a dozen devices which all connect to our home router. I have a PC, we both have laptops and smartphones, there’s also an iPad, a Nintendo Wii, a Microsoft Xbox and the loungeroom features a mediacentre. Every year, it seems, new devices get connected to our home network. God only knows how many Internet-connected devices an Australian family household will feature once generation Y’s offspring head towards becoming teenagers and their own device count proliferates.

In my controversial opinion piece over the weekend I suggested that the vision put forward by technology commentator Stilgherrian of an entire household constantly using streaming video applications was basically “complete horseshit of the highest magnitude”. And I stand by those comments. However, it’s also important to realise that the question of whether there are applications which require 100Mbps speeds is somewhat of a false dichotomy.

The truth is that in today’s connected household, it would be fairly normal to have all of the following applications running at the same time, on a multitude of difference devices: YouTube IPTV streaming, web browsing, software updating, latency-sensitive online video gaming, file-sharing through platforms like BitTorrent, instant messaging, Internet telephony (Skype or otherwise), email downloading, photo uploading (Facebook), social networking and so on.

And all of this activity has its cost.

I have no doubt, for example, that a common complaint in Australian residences is that someone in the house is saturating the household Internet connection with BitTorrent file-sharing traffic to the extent that normal web browsing is nigh-on impossible. Does this need to happen? Of course not — BitTorrent can be set to only require a minimal upload connection, with download speeds rate-limited. This can be done at either the application or router layer. But not everyone’s sophisticated enough to set these options. On the other side of the coin, I’m sure some video gamers have been frustrated by sub-standard connections experienced while someone else in the house has been streaming YouTube at 1080p. Without routers designed with decent QoS embedded, this sort of thing could be a constant headache in a moderate-sized family.

The difficulty is with regard to these sorts of issues, is that while the question of whether NBN applications exist might be a false dichotomy, the question of which technology we ought to be using in future really is not.

There are, realistically, no sufficient graduations between the use of copper as a fixed broadband technology and the use of fibre-optic cable. Any technology in between those two limits — say, fibre to the node, or HFC cable — eventually becomes subject to similar latency and downstream and upstream bandwidth limitations as copper cable. In short, if you want to build infrastructure to meet the demands of the modern Australian household, you have no choice but to massively overprovision by using fibre — because in doing so, you are faced with a limited set of options from which fibre is really the only solid choice.

To some amongst you, this may sound like I have just unequivocably come down on the side of Labor’s National Broadband Network policy. But don’t jump to any conclusions — this argument is, again, a little more complex than that.

The problem for traditional Liberals like Malcolm Turnbull in investing in fibre-optic technology around Australia is not the question of whether or not it is the right technology — basically everyone (except those short-sighted fools who believe wireless technology will provide all of the world’s broadband needs going forward) agrees with this.

The problem, as the Liberal leadership has previously stated in its somewhat clumsy way, is that many of the applications I have described above are focused around entertainment.

Does it benefit the nation as a whole for the Government to invest billions in building a national network which will principally be used for purposes which have very little to do with actual economic outcomes, and very much to do with free or very cheap entertainment and socialising? Should the Federal Government really be focusing its energy on ensuring that modern households can run a variety of different Internet applications simultaneously?

Sure, there will be strong business outcomes to eventuate from a network construction rollout like the NBN … but, as Turnbull and others have pointed out, the businesses and educational and health institutions which require higher levels of network connectivity, by and large already have it — and are willing to pay for it themselves. The NBN will principally serve those who don’t technically need fibre infrastructure, or are unwilling or unable to pay for it.

And what responsibility does the Federal Government have to facilitate not only the basic needs of the Australian community which it serves (setting the basics of economic policy and security, as well as making sure that food, shelter and clothing are provided), but also its higher-level happiness — meaningful work, strong community, health outcomes and so on … all of which, in 2011, are likely to depend in some degree on the existence of strong national telecommunications infrastructure?

These are the philosophical questions at the heart of the debate about the NBN. Because telecommunications infrastructure is now, and will be in future, used for a variety of complex purposes, the debate about the NBN has become one in which the only clear answers can be gleaned when you take stock of the technological limitations which society currently works within, and then apply your own view of what the role of Government should be to it.

In this vein, the debate about the NBN has long been about far, far more than just technology. To debate the NBN in 2011, is to debate the issue of what role you believe the Government should play in society. If you believe governments should only work at the fundamental layer of providing underlying frameworks for other forces in society — industry, primarily non-profit sectors such as health and education and so on — then you will be against the NBN, because the complex set of problems which it attempts to solve rises far, far above that layer.

If, however, you believe that the Government should solve all of society’s ills — as perhaps the majority of Australians do — then you will respect and admire Labor’s NBN policy; because it will resolve the question of how best to support multiple applications in Australia’s net-connected homes once and for all — with the private sector … or without it.