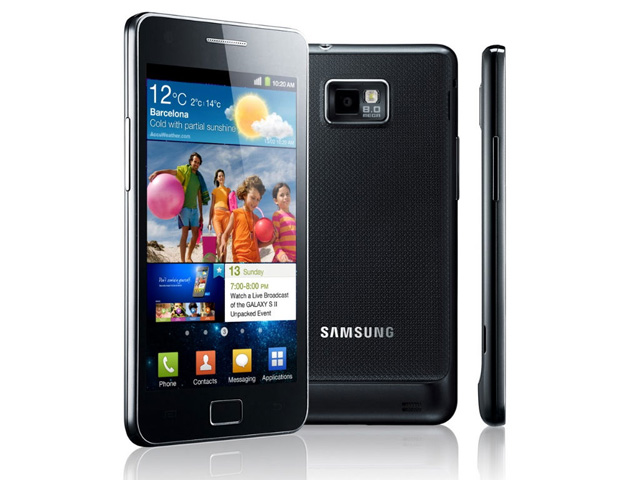 The nation’s largest telco Telstra has justified its late launch of Samsung’s flagship Galaxy S II handset this month by stating it has made a number of improvements to the device which won’t appear when customers buy the high-level handset from other carriers.

Both Vodafone and Optus (as well as its subsidiary Virgin) have had the new Samsung handset available in the Australian market for a number of weeks. With a speedy dual-core CPU, a sensitive 4.3″ touchscreen running at a resolution of 480×800, 8 megapixel rear and 2 megapixel front cameras and a slew of other features — such as support for 21Mbps HSPA speeds on 3G mobile networks, the Galaxy S sits alongside similar models such as the upcoming HTC Sensation at the top of the pile of high-end smartphones being launched in Australia this year.

In its review of the phone, Engadget noted it “might well be the best smartphone, period”.

In a statement today, Telstra noted it would start selling the Galaxy S II from 26 July — six weeks after Vodafone and a solid eight weeks after the device went on sale through Optus. “Many of you have asked why Telstra has released the Galaxy S II a little later than the competition,” Telstra added. “One of the reasons is that Telstra rigorously tests smartphones before they are launched onto our network. That means that our phones are not just compatible with our 850Mhz Next G network – they’re optimised to run on it.”

The telco said that a number of improvements would therefore appear on its variant of the Galaxy S II, ranging from better sensitivity on the 850MHz band, reducing instances of call drops and delivering improved data speeds, better user interface performance and responsiveness, better data throughput rates when the phones is used as a tethered modem on some operating systems and improved attachment handling through the phone’s email client.

In addition, Telstra noted its models of the phone would see improved stability when used as a Wi-Fi hotspot, and highlighted the fact that the Galaxy S II would be one of the few phones on its network to take advantage of its recent launch of high-definition voice calling.

“As a general rule Telstra puts new smartphones through three test cycles,” the telco said. “We do this because we know you expect the best from your new purchase. We’re told by handset manufactures that it’s one of the most compete testing regimes anywhere in the world. At the conclusion of each test cycle we ask our vendor partners to resolve any significant issues identified. These improvements eventually comprise a Next G-optimised software package that runs the phone. Sometimes it will also result in hardware changes.”

For example, the better sensitivity to the 850MHz band was achieved by asking Samsung to tune the calibration of the Galaxy S II’s antenna, “based on Telstra’s test results”. Telstra also appears to have installed its own custom applications on the handset, including access to content from its Foxtel joint venture, for example (see screenshot, right). 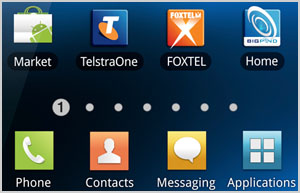 The Galaxy S II will be available through Telstra stores, dealers and online from 26 July. The company will offer it on a number of plans, including its $59 Freedom Connect plan, which comes will see customers pay an addition $20 per month over 24 months towards their new handset. The phone will also be available on a $79 Business Maximiser plan with an additional $15 per month handset repayment, or it can be purchased outright for $840.

Other options for buying the phone range from plans as low as $39 per month up to $129, with Optus, Vodafone or Virgin. Additionally, the phone can also be bought from stand-alone retailers online or even from resellers on eBay.