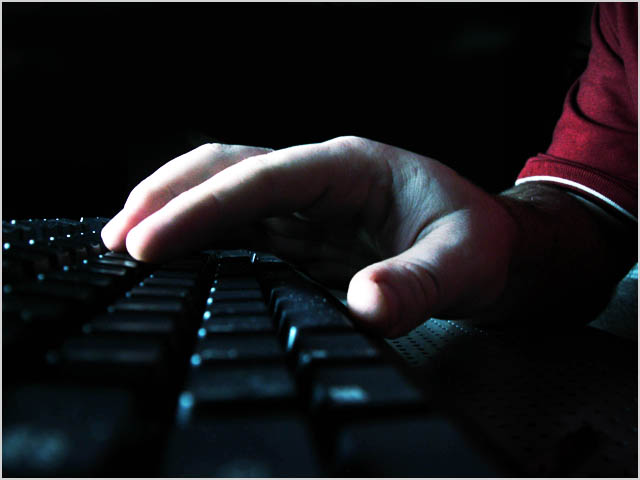 Australia’s peak internet industry body today sought to distance its fledgling child pornography filtering scheme from the Federal Government’s mandatory filtering policy, stating its own more limited approach was more akin to ISPs cooperating with law enforcement authorities and would not constitute a form of censorship.

The scheme — first outlined in detail this morning — is expected to see most of Australia’s major ISPs voluntarily block a list of sites containing child pornography compiled by international policing agency Interpol, with the assistance of the Australian Federal Police. The legal instrument for the scheme to go ahead is section 313 of Australia’s Telecommunications Act, which allows law enforcement to make reasonable requests for assistance from ISPs.

The framework has already been agreed to by Telstra and Optus, and most of the rest of Australia’s major ISPs are expected to fall in line and implement the Interpol blacklist over the next year.

In an interview this afternoon, Internet Industry Association chief executive Peter Coroneos — who retires from his role this week — denied the Interpol filter would see a form of censorship reach Australia’s internet sector. “This is not censorship; this is law enforcement cooperation around material which is illegal to possess,” he said. “We’ve been at pains to try and distance this initiative from the Government’s mandatory filtering scheme.”

Coroneos highlighted a number of key differences between the IIA’s policy and Labor’s filter policy. For starters, he said, no new technology would need to be implemented in ISPs’ networks to block the Interpol list, although both policies would see a ‘block page’ displayed when a user tried to access a banned site. Instead, ISPs’ network routing tables would block access to the sites directly, with a list of the banned sites to be provided by Interpol through the AFP to the ISPs.

Optus this afternoon confirmed that its DNS servers would be modified to block the Interpol list of sites. The block will also apply to the telco’s wholesale customers if they are using Optus’ DNS servers.

Secondly, the Interpol list will contain a much more limited set of sites to be blocked than the Federal Government’s scheme would affect. The Interpol list only contains several hundred sites, representing the agency’s “worst of” list of sites containing media depicting children younger than 13 years in “sexually exploitative” situations. And the images must be of real people — sites which contain computer generated or other created images are not included.

The Federal Government’s list is believed to contain several thousand sites in a range of categories of material that have been refused classification — not just child pornography, for example, but pro-rape sites, bestiality, sites which promote crime and so on.

Coroneos said child pornography stood apart from other categories of content in that it was “almost universally illegal” and “beyond a question of taste and culture”. In his discussions with civil libertarians, he said, child pornography had always been discussed as a separate category.

In addition, the executive said it was important that Interpol provided the blacklist, as it was only by having an international law enforcement agency administer such a list that “we can finally get over the idea that it’s only the Australian Government telling people what they can and can’t see”.

The executive pointed out that the Interpol list had been in use in other jurisdictions — throughout Scandinavia and other countries in Europe, for example — for the best part of a decade. The Federal Government’s filter policy would see its own much larger list administered by a civil authority — the Australian Communications and Media Authority — instead of a law enforcement agency like Interpol.

There are also other important differences between the way the two blacklists are compiled and administered.

Communications Minister Stephen Conroy last year announced a series of transparency and accountability measures that would be added to the Government’s filter policy — such as an annual review of the ACMA’s blacklist by an independent expert, clear avenues of appeal for classification decisions, and policies around how material would be added to the list. At the time, Conroy acknowledged that some sections of the community had expressed concern about whether the range of material currently included in the Refused Classification category correctly reflected current community standards.

In comparison, the administration of the Interpol list appears to be less transparent for civilians. If a site owner believes their site has been wrongfully classified on the Interpol list, they must contact Interpol directly through its web site, or alternatively the Australian Federal Police, to seek a review.

The much larger RC blacklist administered by the ACMA is believed to have suffered false positives, with the websites of a Queensland dentist, a school tuckshop and a boarding kennel organisation for animals being listed in what appeared to be a leak of the list in 2009.

Coroneos was not able to say what legal instrument Australians would be able to use to appeal such decisions, although he noted that similar cases involving law enforcement under the Telecommunications Act — such as wrongful interception of telephone calls — could be handled under that existing legislation. There had been “no evidence” over the previous seven years that the list had been operational of sites being wrongfully included on it, he said.

For a site to get on the list, it must be reviewed manually by at least two independent law enforcement agencies. While Coroneos said there was only “an infinitesimal risk” that a site could be mis-classified, the executive noted that if it became evident during the operation of the scheme that sites were being wrongfully blocked, then the IIA would commit to introducing further accountability measures.

The Government’s policy has also been criticised in the past on the grounds that it doesn’t address the internet avenues where trading of most illegal material is believed to actually take place — through peer to peer file sharing, private forums and even virtual private network connections. Coroneos acknowledged the limitations of the IIA’s policy, but said the IIA’s code was about balance.

“What we’re trying to do is strike a balance between trying to protect the victims of child abuse, freeing up police time, and also having the content removed at the servers, where they’re being hosted internationally,” he said.

The executive acknowledged the IIA didn’t currently have any evidence that Australians were accidentally browsing to the offensive sites containing child pornography. “I don’t have any evidence that it hasn’t occurred, either,” he said. “We don’t position this as the primary reason that we’re doing it.” The executive highlighted research that had shown that blocking broad exposure to offensive material was one factor in halting the development of child predators in society.

Asked what measures would be in place to stop the ISPs’ use of the Interpol blacklist from being extended by the Government into a much wider filtering system to cover other material in the Refused Classification category, Coroneos said such things would be up to the Government.

“There is nothing to stop the Government passing any law on any subject matter, other than the parliamentary process itself,” he said. Under current parliamentary numbers, the Government appears unlikely to be able to get the filter policy across the line — with both the Coalition and the Greens having pledged to vote down the associated filter legislation if it was introduced.

“We’re hopeful that when political parties see the efforts that industry parties are taking to address the most serious types of abuse, that this will remove a lot of the heat from the current political debate,” said Coroneos.