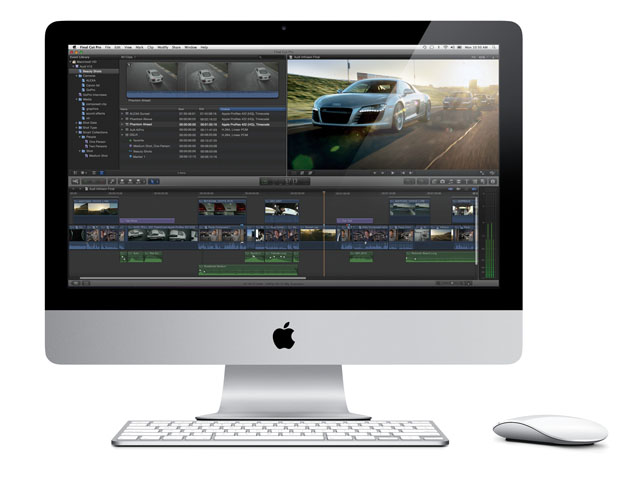 Iconic technology giant Apple appears to have upped the price of its Final Cut Pro X software for launch in Australia, with locals to pay about $66 more for the exact same software — delivered through the exact same online store.

Overnight the company debuted Final Cut Pro X, which is used widely by both amateur and professional cinematographers. The new version features a new timeline and other workflow enhancements, and has been re-built to be a 64-bit application. The application can now handle more than 4GB of memory, and can use the processing power of users’ graphics cards, as well as new audio editing tools.

However, in Australia, Apple appears to have upped the price of the software packages — listing them at AU$349.99 and AU$59.99 respectively, despite the fact that they constitute the same software delivered through the same online store. Spokespeople from Apple did not immediately return calls enquiring about the price hike.

The news comes as Apple has recently been heavily criticised in Federal Parliament for price hikes on its technology being sold in Australia. Federal Labor MP Ed Husic raised the issue in March, noting he would write to Apple to demand answers as to why the mark-ups occurred.

“One more noteworthy point is that their products are largely manufactured in China and shipped out from there to both Australia and the US,” said Husic at the time. “Consumers are struggling to work out why they are charged way more for these products and they would like some answers.”

“Given the enormous brand loyalty Apple no doubt enjoys, I think there is a valuable opportunity for the company to explain why the same products in the United States cost significantly more here. To help get some answers quickly, overnight I will be writing to Apple Australia’s managing director to put some of these differences to him.”

Apple is not known to have responded to the letter.

In addition, other technology suppliers have also come under fire over the issue over the past few months. In mid-May, PC manufacturer Lenovo was forced to mount a spirited defence of its Australian pricing, despite launching its flagship new ThinkPad X1 laptop in Sydney for $560 more than the same hardware costs in the United States.

Adobe has also come under fire over the issue in the past, with its flagship Creative Suite (including Photoshop) usually costing Australians hundreds of dollars more than they would pay overseas — despite the software selling through the same online ordering platform.