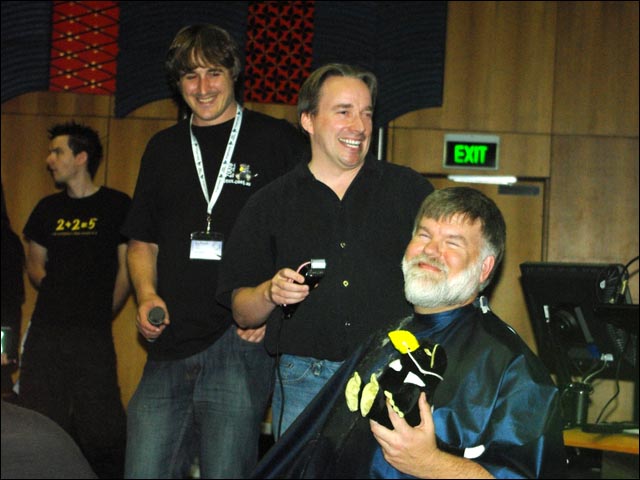 It’s taken several years, quite a lot of negotiation and the use of alternatives to get it through an uncertain period. But Australian open source conference linux.conf.au has finally permanently secure the rights to its own domain name.

The domain appears to have been registered back in 2001, when Australia’s internet was in its infancy and much of the nation’s domain name registration control was still handled by Melbourne University technician Robert Elz. At that point, it was envisaged that conferences would use the .conf.au extension to host their own web sites, much as companies used .com.au and educational institutiions .edu.au.

However, although much of the domain responsibilities were transferred over the years to organisations such as AusRegistry and .au Domain Administration (auDA), as late as 2008, the .conf.au space was still controlled by Elz, and the first outage hit the conference’s site.

Then in 2009, auDA, which now regulates Australia’s domain space, cast the future of the domain further into doubt with a vote being held by the organisation to kill the .conf.au and .info.au spaces permanently. At that stage the conference, which is run by Linux Australia, started using a number of other temporary domain names for its yearly conference — such as http://lcaunderthestars.org.au for the upcoming conference in Ballarat in January 2012.

However, in an email to the Linux Australia mailing list last week, the organisation’s president John Ferlito finally laid rest to the problem permanently, noting that the conference had established “a long-standing online identity through the use of linux.conf.au” and that there was a strong view for keeping the domain around — “grandfathering it” as an exception to the normal rule.

“So I’m very pleased to announce that, from this point onwards, the linux.conf.au domain will be available all year round, rather than the somewhat traditional six monthly on/off cycle that many conference regulars have become familiar with,” wrote Ferlito.

“Linux Australia has signed an agreement with auDA which now grants us use of this domain for the foreseeable future. We even have a proper whois record now, which might make it a bit easier to get an SSL certificate!”

Ferlito thanked several individuals involved with the organisation — Steve Walsh and Mark Tearle – who had made submissions to the auDA panel on the matter, as well as others who had responded to an auDA survey. “I’d especially like to thank Steve for going through the very tedious process for the last few years to ensure that linux.conf.au was actually available for the 6 months each year that we were allowed to use it,” he wrote.

As of now, the linux.conf.au site is functional, with the domain name pointing to the site for the upcoming Ballarat conference next year. The conference is one of the largest international conferences devoted to Linux and open source software, with a number of high profile individuals having attended it over the years, including Linux founder Linux Torvalds — pictured above at the conference in 2009 shaving the beard of Hewlett-Packard Linux CTO Bdale Garbee as to raise money for the endangered Tasmanian Devil species.