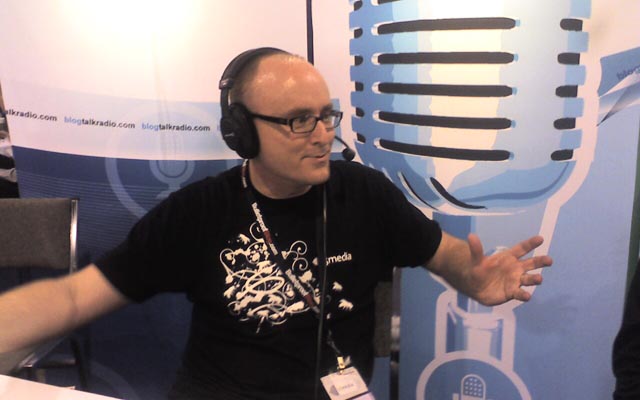 YouTube has unexpectedly suspended the account of Melbourne-based web entrepreneur and blogger Darren Rowse (pictured), who runs the high-profile Problogger and Digital Photography School sites, among others.

However, none of that appears to mean much to YouTube at the moment.

On his Problogger site tonight, Rowse noted that his YouTube account had been suspended for six months with little warning or explanation. Users trying to view one of his videos are greeted with a brief message: “This video has been removed as a violation of YouTube’s policy against spam, scams and commercially deceptive content.”

“Sorry about that,” it adds.

Rowse noted that after digging through his email, he found an email from YouTube earlier today which had noted that his account was suspended for six months because his latest video, entitled ‘Secrets to making money online’ violated its policies.

“It says it was for a single video … but doesn’t give any specific reason. I’m not sure what the problem with the video is (it makes no promises and promotes nothing) or why a problem with one video would trigger an account-wide suspension, why they wouldn’t just delete the video and/or ask me to make changes,” Rowse noted on his site.

“I’ve also heard from another YouTube user who also got suspended today for a similar topic video and we’re wondering if some keywords in the video description might have triggered this (despite the content on the video being fairly harmless in my opinion). Hoping it might be that simple.”

A Google spokesperson did not immediately respond to an emailed request for comment sent late on Sunday night.

Eventually Microsoft was able to recover most of the blog, which had been deleted accidentally by one of its anti-spam specialists.