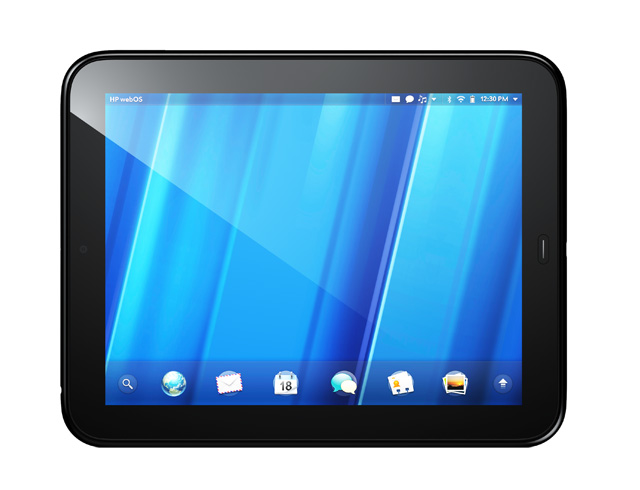 Global technology giant HP has given the first indication of the planned timing for its flagship tablet device to launch in Australia, revealing in a statement overnight that Australians would be able to buy the device “later this year” after it launched in a range of other countries first.

The TouchPad line of tablets are based on technology acquired with the company’s buyout of handset specialist Palm last year, and represent HP’s attempt to take on Apple’s iPad, utilising Palm’s rival webOS operating system. When HP unveiled the devices, it also launched several new phones in the Pre range — the Pre 3 and the Veer, neither of which are available in Australia.

HP has previously said Australia was not on the early deployment list for its new tablets, as it was not a market in which the company has previously launched devices based on webOS. However, in last night’s statement the company said Australia would get the TouchPad later this year, after the Wi-Fi version of the tablet launches in the US on 1 July.

“HP’s first webOS tablet will be available in the United Kingdom, Ireland, France and Germany a few days later and in Canada in mid-July, with availability scheduled to follow later this year in Italy and Spain, as well as in Australia, Hong Kong, New Zealand and Singapore,” the company said.

Palm never launched the Pre in Australia, preferring instead to focus throughout 2009 on countries in the Americas and Europe, such as the US, Spain, Ireland, Germany, Canada and Mexico. Despite this, some users in Australia had imported the handset due to what was seen as its innovative and open operating system.

The timing will make HP one of the last major manufacturers to launch a tablet in Australia, with Apple’s iPad having dominated the local market since launch in mid-2010, and rivals such as Motorola, Samsung, Acer and others having launched primarily Android-based devices locally. In addition, this week Research in Motion revealed that its BlackBerry PlayBook tablet would launch through all of Australia’s major mobile carriers as well as retailer Harvey Norman from 20 June this year.

In the US, HP will sell the TouchPad directly, as well as through retailers and resellers, in two models featuring 16GB or 32GB of internal storage for US$499.99 and US$599.99 respectively. Preorders for the device in North America and Europe will begin on June 19. No Australian pricing has been announced.