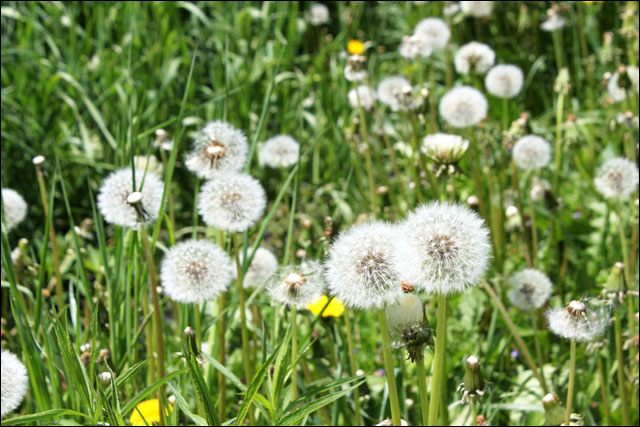 Seven months ago when Telstra fronted a press conference to announce a flagship cloud computing partnership with IT services giant Accenture, the details about the pair’s offering were a little vague and the future of the new generation of cloud computing services in Australia was a little unclear.

At the time, both companies refused to be drawn on precisely what technology they were using to take cloud computing to customers, or what applications they would focus on. The focus in general was on the customer, rather than the offering. “We’re going into each client environment to really understand that environment, their triggers to make a move,” said Telstra Enterprise & Government chief Nerida Caesar at the time. “They each have a different reason as to why they’re heading down this path.”

It was a similar case in mid-2009 when the telco launched its partnership with Microsoft to offer the software giant’s technology (including collaboration, CRM packages and so on) to small to medium enterprise customers as its T-Suite software as a service model. Would Australian business take up the offering from a telco? The future was unclear.

Fast forward to today, with some early wins and lessons under its belt, the picture for Telstra’s cloud computing offerings is starting to firm up.

According to Telstra’s general manager of cloud services, Mark Pratley, in both of its two major cloud computing product areas, Telstra is seeing enough traction to make the offerings long-term propositions.

“What we were testing in those early days,” says Pratley of T-Suite, “was just how relevant a carrier could be in this space — how software would be delivered, from and to. What we’ve learnt is that there is certainly a place in the domestic market for that model — the businesses that are interested are showing early signs that indicate a carrier branding and positioning makes sense.”

Pratley says T-Suite for Telstra is evolving rapidly from a novelty in its business to a point where — like the half-yearly numbers it discloses around mobile phone and broadband connections — it’s a capacity, SIO-type (service in operation) growth discussion. And T-Suite is growing fast, with the executive citing 100 percent levels of growth quarterly.

It’s a similar case with what might broadly be termed Telstra’s Infrastructure as a Service offering which it launched with Accenture last year. Pratley says the company is seeing “very big adoption” from existing customers like equipment manufacturer Kohmatsu, and particularly from companies who already have relationships with Telstra for telecommunications service.

“It’s very encouraging for us,” says Pratley about Telstra’s current cloud product suite. “If those signs weren’t there, and it was a struggle to convince people to buy, then we’d be less enthusiastic about the cloud generally.”

Lessons
So what purchasing trends is Telstra seeing amongst customers?

According to Pratley, the most popular T-Suite offerings being taken up relate to the collaboration space — hosted email and collaboration products, for example. Next after that are backup and security offerings, and last, the accounting and HR packages which come as part of T-Suite — which Pratley says have been taken up in smaller numbers and have a longer sales cycle.

The executive reasons that a number of SME customers are trialling T-Suite product lines which they understand can be delivered as a service — email and collaboration technologies — before gradually adding other products as the organisations gain in understanding and maturity.

On the Infrastructure as a Service side, Pratley is seeing a certain degree of standardisation between customers as they look to shift some of their core computing resources off the books.
Companies’ internal IT environments may have evolved in a certain way and become attached to certain suppliers of technologies, he says, but when they’re looking at outsourcing your infrastructure into a cloud, “they can reassess with a little bit more of a clear vision”. “I actually see it as a migration to a standard by default,” he says.

This means that there is “far more compliance” to the IAAS vision that Telstra is offering enterprise customers, rather than deviation from the norm. “I think the reason is that most companies at an IT level, acknowledge that the variation that they are seeking doesn’t provide any particular advantage,” he says. Having said that, Pratley notes, customers obviously don’t want to be forced to use a particular application or service.

Secondly, Pratley says the promise of the flexibility of cloud computing is delivering.

The executive cites the example of one customer who “completely changed” the dynamic over time of what Telstra was providing for it — switching a deployment of hundreds of virtualised testing and development systems around as their workload changed. In another case, Telstra’s platform enabled a customer to build a disaster recovery facility which otherwise would have been hard for it to do.

In both cases, Pratley emphasised that the functional design of what a customer deployed could be changed on the fly — a situation which would have required purchasing or getting rid of substantial chunks of hardware if the customers wanted to do it themselves.

“There’s been bar greater use by in-contract customers of flexibility than I would have thought,” he said. In general, IAAS customers were firstly trying the infrastructure out, he said, realising they had options they didn’t have before, and then deploying more products on Telstra’s infrastructure.

However, he said, despite the burgeoning levels of competition in the cloud computing infrastructure space, with companies like Optus, HP, IBM, Fujitsu, CSC and others all launching solutions over the past several years, Telstra wasn’t yet seeing formal tendering processes for cloud computing processes — more just requests for information.

“I haven’t seen one yet anyway,” he says. “I don’t think that the industry is confident enough to tender for a cloud, because they don’t really know what it is. People, I think, are still putting together the pieces of what it should be. I don’t think the language is locked down enough.”

Government and the future
One group of customers which has proven particularly tough for cloud computing service providers to crack over the past several years is the public sector — which is particularly sensitive to the need for onshore hosting. Both Victoria’s Privacy Commissioner and the Federal Defence Signals Directorate have recently warned of the dangers of cloud computing, while acknowledging that Australian government organisations were increasingly interested in shifting to the new generation of platforms.

Telstra recently made a big splash in the Federal Government arena, offering departments and agencies a free trial of cloud computing services and a chance to be comprehensively briefed in the area.

Pratley says the public sector is on the same journey, but perhaps still playing catch-up to some organisations in the commercial side of the world. The trial was taken up by a number of Canberra organisations, and the executive says he’s equally enthusiastic that Telstra’s model will work for the public sector as it appears ot be for the private — but that, contrary to only a short time ago, now government decision-makers and Telstra are now “talking in the same language”.

“To break through all of those ‘if, then, maybes, risks and issues’ takes time,” he says. “We’re well on the way to doing that.”

Overall, if you compare Telstra’s cloud journey today to where it was only last year, the telco appears to have come a long way — and Pratley is confident about the future. He notes Telstra’s cloud vision isn’t for everyone, but believes the company now has “a strong proposition which will work well for a number of years”. And most importantly, the overall market is changing.

“The inertia is not there any more,” he says. It’s time to look ahead to the future.