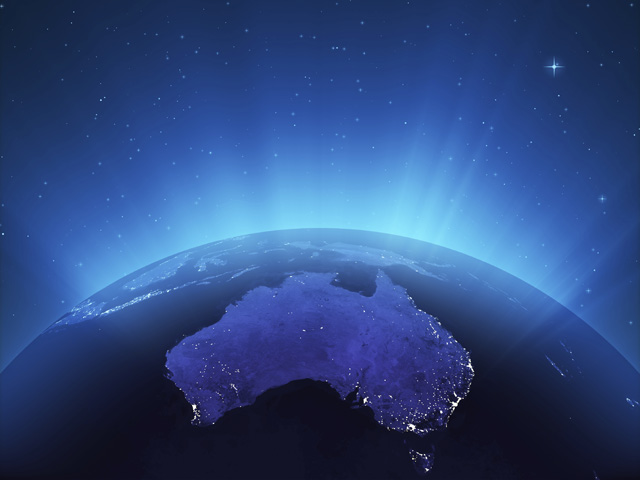 opinion Over the past three months, I’ve sampled the best and worst that Australia has to offer when it comes to iPhone apps focused on our wide brown land.

I’ve flick-kicked virtual footballs around the MCG and taken a swing at more than a few leg spinners. I’ve logged into my internet banking on the road. I’ve taken tours of Jenolan Caves with audio commentary. I’ve glammed it up in countless bars in fashionable districts of Melbourne, without leaving the lounge or even putting on pants. I’ve rated Sydney’s best restaurants with one swipe.

I’ve browsed newspapers, checked out TV guides, booked taxis, organised and categorised different beers, checked to see if there were any bushfires in my area, exhorted my friends to sign instant non-disclosure agreements in cafes and got updates on the location of independent MP Rob Oakeshott. And, yes – I’ve even connected with the Crocodile Hunter, Steve Irwin himself – or at least his very vocal ghost!

On one memorable occasion, I installed approximately 150 iPhone apps in one go on my iPhone 4, slowing the overworked handset to a crawl and hitting Apple’s theoretical upper limit on how many icons you can have on the screen at the one time.

So what have I achieved from this process, you might ask, apart from satisfying some form of sadistic wish to punish my poor little iPhone through some form of reverse Biggest Loser contest, shovelling carb-heavy apps into it like delicious jelly-filled donuts?

For starters, on Thursday this week, Delimiter will publish its first eBook. Entitled The best Australian iPhone apps (under $5), this 40 page effort will list and review over 30 of the creme de la creme of iPhone apps focused on Australia, as well as featuring a introduction by well-known Australian iPhone developer Graham Dawson – creator of the popular Oz Weather app, among others.

It will act as an instant PDF reference for those who need a quick and easy way to find out the best iPhone apps for Australians – ranging from games and guides to our cities, to entertainment, news, sports, weather, music and more. We guarantee you’ll find an app here that you’ll find useful — and quite a few that you haven’t heard of!

And, for one week only, the eBook will go on sale at a discount — down $3 from the normal price $14.95 to $11.95. That’s a 20 percent off launch special! In addition, it’s highly likely the eBook will pay for itself — because it will stop you buying shitty iPhone apps which don’t do what they say they do. 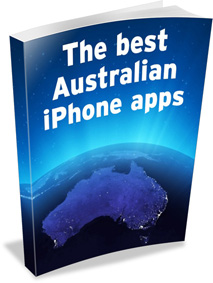 Getting back to the review marathon, I also learnt through the process that most of the best Australian iPhone apps seem to have three key attributes which make them special – elevating them above the crowd of hundreds of mediocre alternatives that just don’t make the grade.

Take OzTV. Although there are many rivals, OzTV is the undisputed king of Australian TV guide apps right now – because that’s all it does. Many of the TV channels and personal video recorder iPhone apps also offer TV guide functionality. But OzTV takes it to an art form – making it a cinch to see what’s currently playing on any TV network, how far through the program you are, what’s coming up, and even enabling you to set reminders and more. It doesn’t try to do too much, but it does a fantastic job of doing what it does.

Secondly, the best Australian iPhone apps focus on the local opportunity. Although many mimic functionality offered overseas, they do so in a way that makes it impossible for international competitors to do a better job. Are there hundreds of apps which guide you through Melbourne’s hot destinations? Of course there are, and many of them are part of global franchises. But the best ones are actually put together by locals, with social media integrated for the latest updates from real Melbournites.

Lastly, there is one characteristic that the really top Australian iPhone apps all manifest that their lesser competitors don’t: Nostalgia.

The best Australian iPhone apps play on Australians’ love for Australia. For example, one popular Aussie Rules football game app includes quotes from AFL legends Dermott Brereton and Barry Hall on its loading screen. It’s these little touches which remind Australians of home and really make you love some iPhone apps for what they are. Not all do it – but the best do.

Every day this week, Delimiter will be publishing an article discussing Australian iPhone apps in the lead-up to the big launch of our first eBook on Thursday. Stay tuned as we prepare to launch the best of the best. In the meantime, you can register below to get an email when our eBook launches — don’t miss out on the launch pricing!