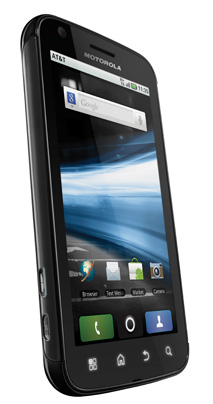 Online mobile phone retailer Mobicity has started taking pre-orders from Australians for the hottest next-generation smartphones unveiled over the past several months, promising the devices will ship months before they’re slated to go on sale through the normal channels of mobile telcos Down Under.

In recent weeks the company — which imports the phones from overseas, typically through direct relationships with manufacturers or distributors — has listed hyped handsets such as the second version of Samsung’s Galaxy S, Motorola’s ATRIX 4G, and Sony Ericsson’s Xperia ARC as being available for pre-order, with the devices slated to ship in March to April, depending on which one customers order.

All of the devices are listed as selling unlocked for any network and come with a 12 month warranty. Prices range from $749 to $899.

The availability pre-dates the known launch dates that the handset manufacturers have disclosed publicly. For example, Samsung said in mid-February that it was planning to bring the Galaxy S II to Australian shores on every carrier “probably no later than June”, and Sony has only confirmed a similar second quarter launch date for the Xperia Arc.

Motorola has not yet confirmed whether its ATRIX 4G handset will come to Australia.

The executive bought the handsets from local online retailer Exeltek and thought the fact that the devices came completely unlocked was “too good to be true”. Many high-end mobile phones sold in Australia are locked to a certain carrier’s network for a certain time, with the carriers sometimes charging unlocking fees if a customer wanted to take their handset to another carrier.

When Samsung first launched its initial Galaxy S model in Australia, for example, the handset was only on sale through Optus, although availability eventually widened to the other telcos. Telstra has already secured exclusivity on new handsets such as the Xperia Neo and HTC Desire S, for example, and Vodafone announced last week that it had won rights to the HTC Desire Z.

Despite such deals, however, customers continue to source the same phones online. Last year Mobicity listed the HTC Desire HD, which is sold in Australia exclusively through Vodafone, as its top seller, closely followed by the original Desire, sold solely through Telstra.

Local consultant Ric Hayman skipped Telstra completely when the hyped HTC Desire handset went on sale locally in Australia last year, noting he had ordered an unlocked Desire online from the UK, and then swapped out his SIM card from his old Nokia and inserted it in the new HTC model. It was “remarkably easy — dare I say, easier than transferring a mobile number from Telstra to Voda,” he said. “It got here in a few days.”

Others had also had positive experiences buying online — even for phones which weren’t widely available in Australia at all. Australian open source developer Jeff Waugh sourced his Palm Pre handset from eBay. The device was a UK model which was unlocked and sold from Thailand — with Waugh noting no special problems during the process. “I just bought a phone on eBay. Aside from eBay’s user interface, it was about as hard as you’d expect,” he said.

The news comes as debate continues to exist about the future of Australia’s retail sector, with the pervasiveness of the internet challenging traditional bricks and mortar business models. The Federal Government held an Online Retail Forum last month to focus on the issue.